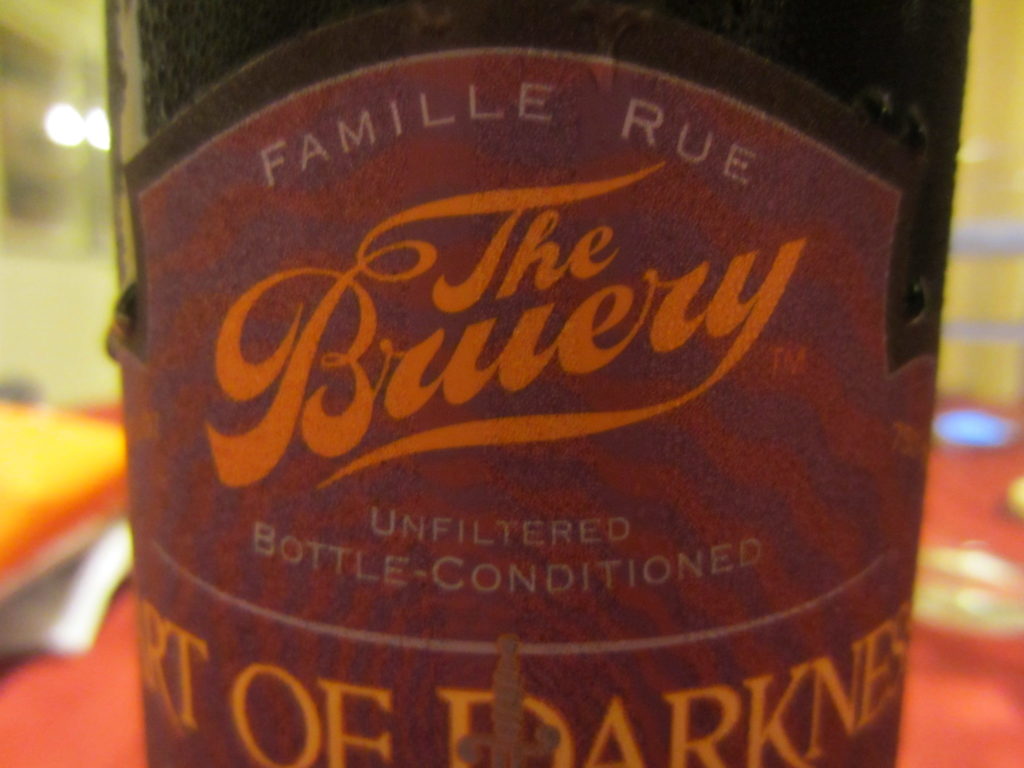 “We brewed a stout (no, not Black Tuesday, this one is only 5% abv if you can believe it), but we then decided to throw it into oak barrels…and added our special blend of souring bacterias and yeasts. The result is a perfectly tart yet awesomely dark and roasty sour stout. Not a style you see too often – and in our opinion, not a style you see often enough.” 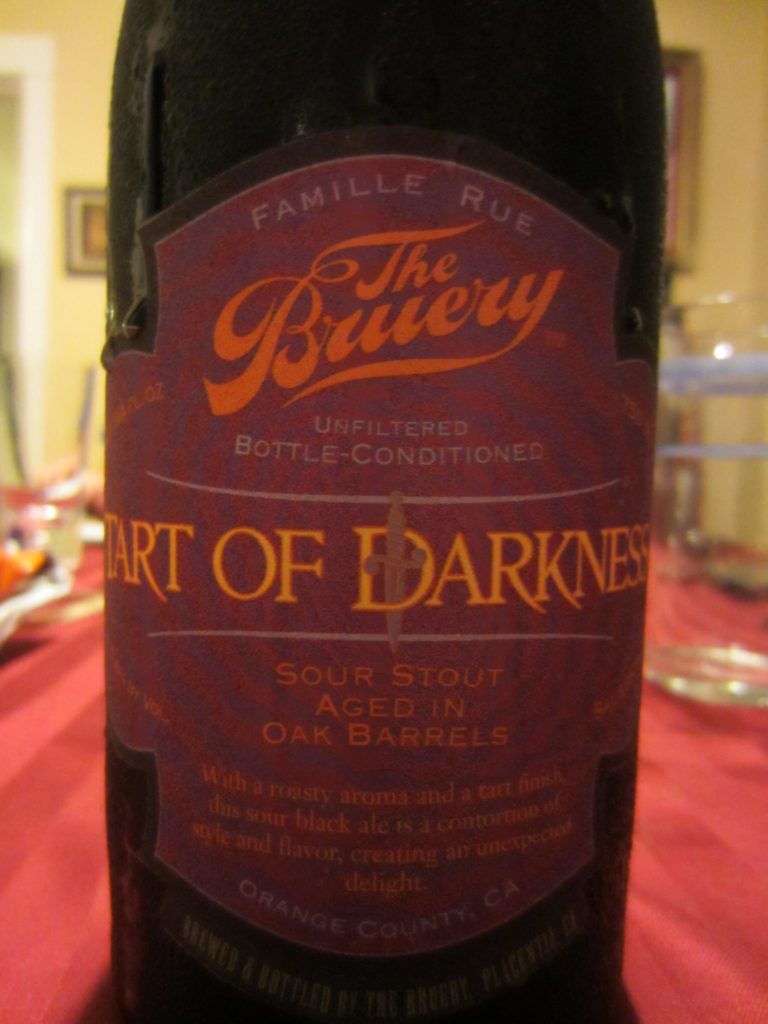 Karl: Now, we drink a lot of beer, as you may have noticed. Just to give you a sense of perspective of how rarely we come across a sour stout, I’ll save you the research time and point you straight toward our Dark Dawn review waaaaaaay back in the very early days of our reviewing. And hot damn, did I like that beer. In fact, I liked it so much that when I saw the news that The Bruery was trying their hand at a sour stout, I had the lovely and talented Ms. Lisa Zimmer grab a bottle of Tart of Darkness for me after posting to twitter that she would be in proximity to the brew.

I think I promised that I’d bring her the heads of her enemies on a platter, or one of my children or something, but she graciously refused both of those when I picked it up. (Still haven’t figured out what to do with these heads, though.)

I had high hopes for this beer, and the Bruery delivered. Thick and rich with a nice fat chunk of yeast plopping into my glass (I didn’t read the instructions about pouring carefully, kindly written on the site for me to ignore), this beer is quite pleasantly sour with just a touch of vinegary tang. Despite being aged on oak, the overwhelming flavors I got were heavy grape, some green apple, and maybe just a hint of soy sauce floating around in there.

It’s lighter and more easy drinking than I remember the Dark Dawn being (it’s just to time consuming typing Madrugada Obscura all the time) although Ryan was in no rush to finish his, as I recall. It’s something of a sipper, but not overwhelmingly intense. It’s a happy sour stout. 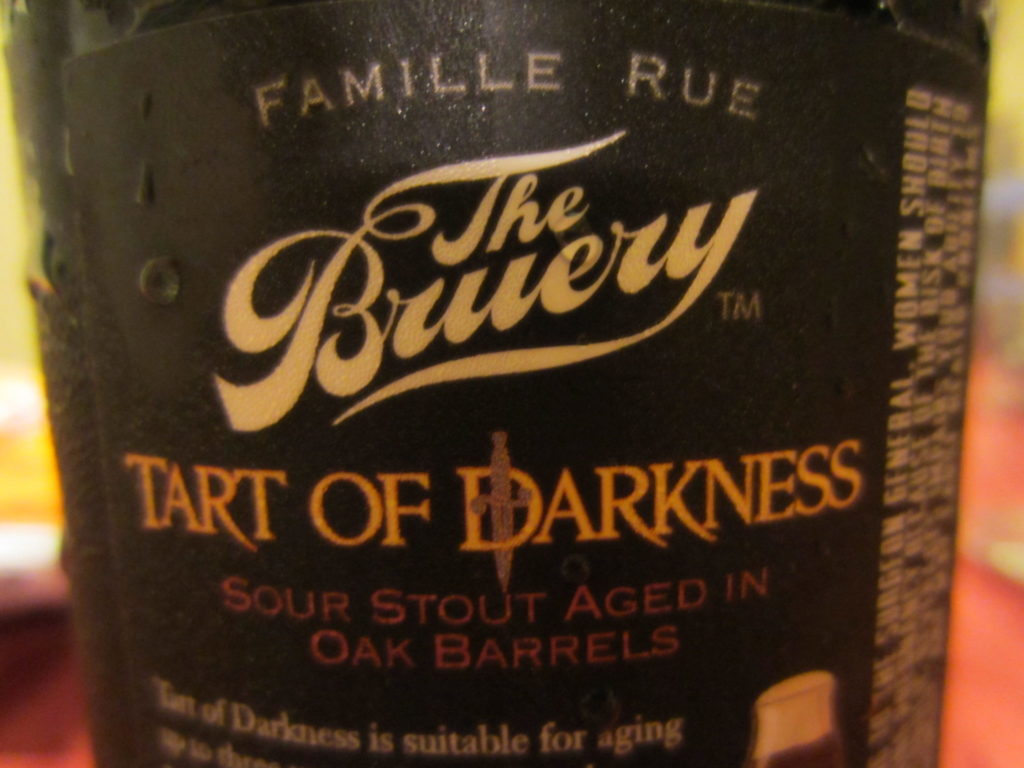 Ryan: I am going to break from popular belief here and say that this beer is good, bordering on great, but it’s not quite all there for me. Don’t get me wrong, I like a good sour as much as the next guy, but if you are offering me a sour stout then I want to pick up some stout-y-ness. And I didn’t on the Tart of Darkness.

The sour flavors, mind you, were pretty intense and in your face; blueberries, raspberries, lemon rind and green apple.

It’s tartness upon tartness upon more tartness. But that’s it. The aforementioned Dark Dawn Stout at least had a hint of chocolate and vanilla. It wasn’t one note and, to me, Tart of Darkness is.

As a sour, this is world-class, but as a sour stout it is merely okay.

Maybe it needs some time in the cellar for those stout flavors to emerge, but I was left a tad disappointed…and looking like I had just sucked on a lemon. 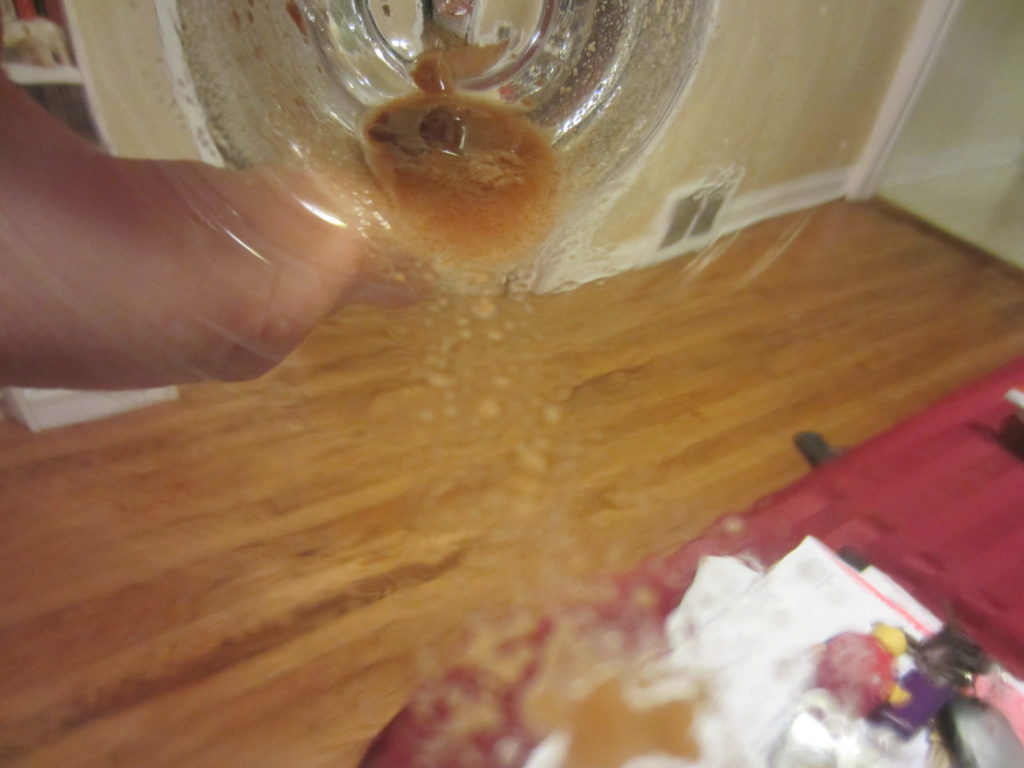 Andrew: And thus, we have one of those rare times where I split with Ryan to agree with Karl on a beer. Holy buckets this beer was awesome. I loved it.

The beer smells like someone crumbled up some sweet tarts and threw them in boiling water – very Jolly Pumpkin-esque, I think. And the flavors delivered. Tart. Sour. At times, almost too tart and sour. I recall getting goosebumps when I let the beer just rest on my tongue for 10-15 seconds.

I was also impressed with the finish of the beer – that’s where I picked up the nutty oak-y-ness that, in my mind, set it apart from other sours I’ve had in the past.

Review: The Bruery Tart Of Darkness was last modified: August 27th, 2021 by The Guys