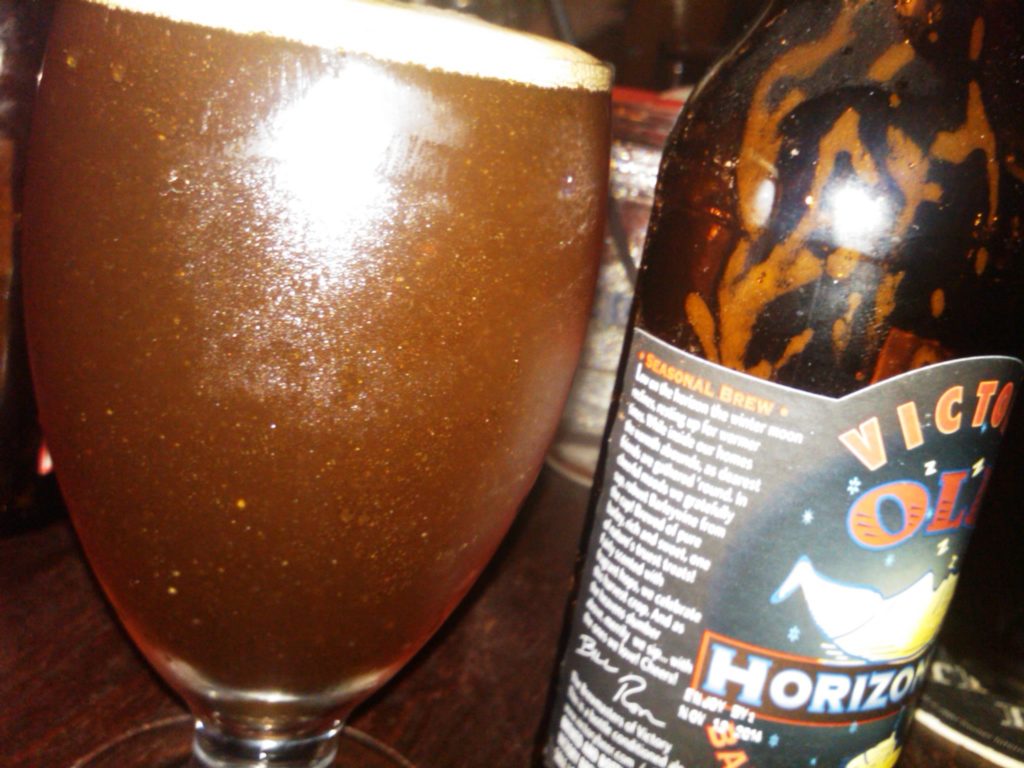 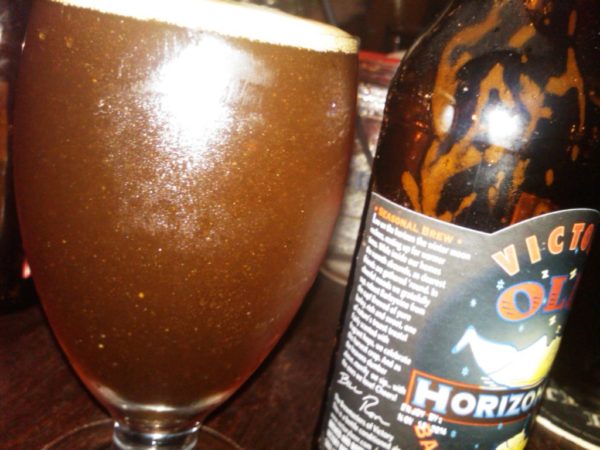 Ryan: Poured from a 12 oz bottle into a schooner at Paddy Long’s in Chicago, Old Horizontal appears reddish-brown in color with a gorgeous, fluffy tan head that clings to everything it touches.  In fact, you can see the remnants clinging to the bottle in the above picture.

The nose of this beer is sweet and boozy.  The taste…is very similar to the smell; cherries, caramel and booze.  There are some floral hops in the finish but not as much as I would expect from an American barleywine.  The booze is very present in this beer.  It doesn’t make it undrinkable but it does make it nearly impossible to drink more than one.  Just ask Andrew.