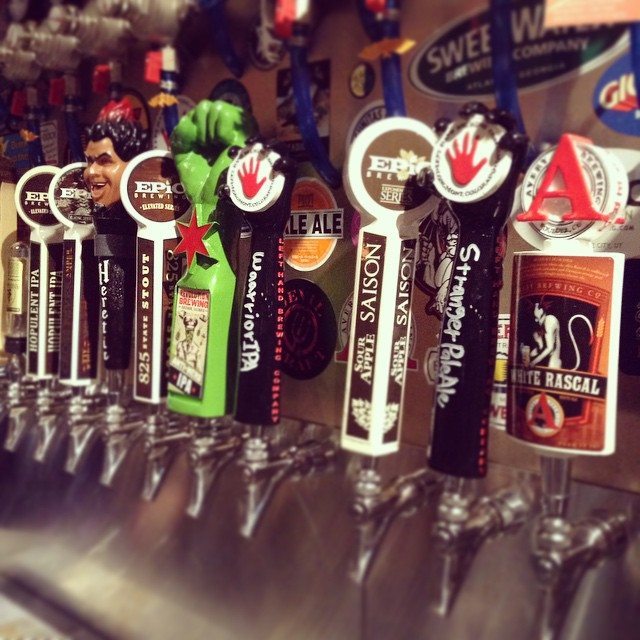 Late last year Revolution Brewing began shipping its wares to the craft beer thirsty country of Japan, joining a growing number of American brewers sending their beer to the island.

The bank of tap handles at the Watering Hole, a craft beer pub in Tokyo.

In 2013 craft brewers in the U-S exported 282,000 barrels of beer globally — a 49% increase from the previous year. And while the craft beer movement has been slow to catch on in Japan there’s certainly a growing thirst for hoppy beer brewed by the likes of Green Flash and Ballast Point.

Click through some of the most popular beer bars in Tokyo, according to Beer Advocate, and you’ll find — once translated — a slew of American IPA’s on tap lists alongside stalwart Belgian’s and locally brewed craft beer.

On at least one of those lists you’ll also find Revolution Brewing.

A reader gave us a heads up to the fact that Revolution was exporting to Japan and, sure enough, a craft beer pub in Tokyo — the Watering Hole (taps pictured above) — touted Revolution’s arrival on their Facebook page in November. 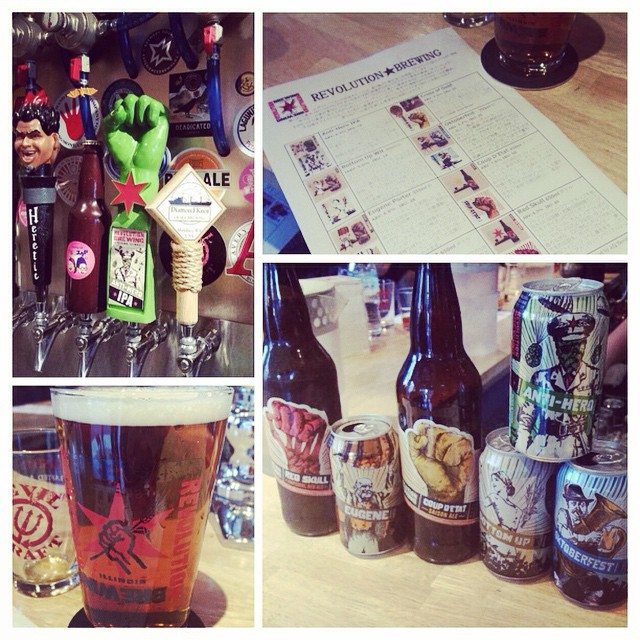 Translated by Google: “It is in Chicago Brewery, REVOLUTION Brewing is finally landing in Japan!”

Revolution co-owner Josh Deth was coy about the Tokyo rollout telling Guys Drinking Beer they send a pallet or two of, “a little bit of this and a little bit of that,” every couple of months.  Deth says there are no immediate plans to grow in Japan — or anywhere else globally — but did underscore the desire for more American craft beer in the market.

“The demand is through the roof and consumers are paying a lot for quality beer over there,” said Deth.

For those wondering how to spell Revolution Brewing Anti-Hero in Japanese, Google Translate says it’s 革命醸造アンチヒーロー.