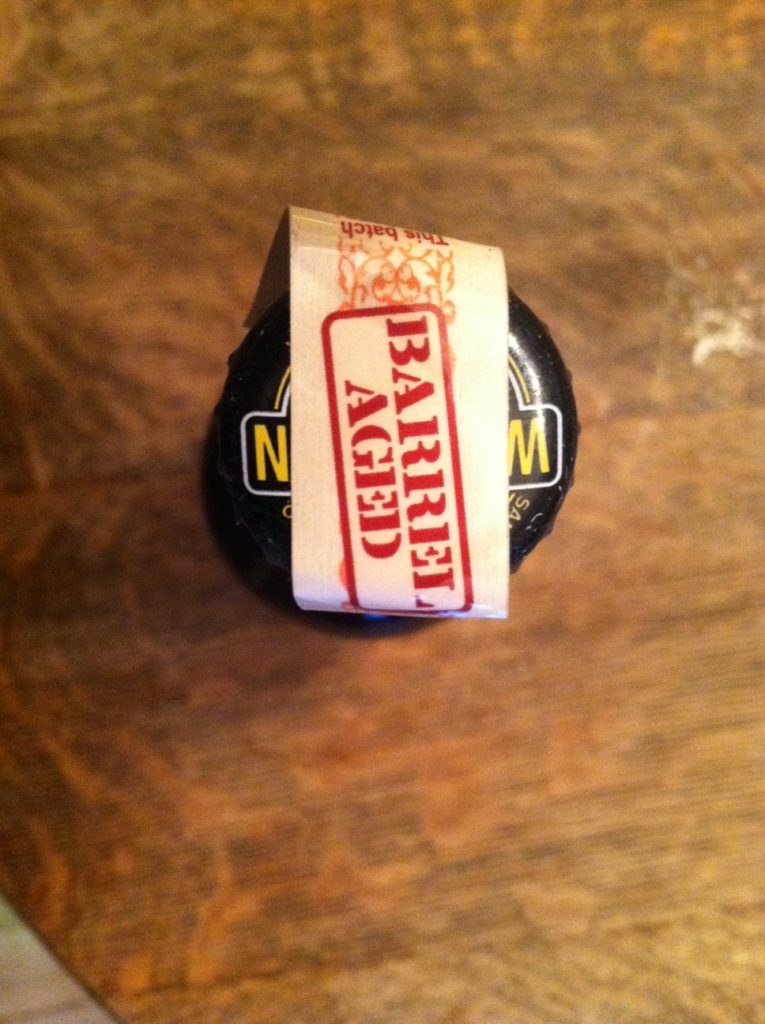 Cross the border into Wisconsin to seek out Sand Creek Barrel-Aged Wild Ride IPA, “a hefty IPA with a firm malt bill and an even firmer bitterness.”

With no prior knowledge, beer reviews or recommendations at your disposal, it’s a gamble these days to follow your gut on a random 6-pack of beer. Yet again, there’s nothing better than taking that chance and getting paid back in spades. This is how I felt when I purchased a rather mysterious 6-pack of Sand Creek Barrel-Aged Wild Ride IPA. Allow me to be the first to get you privy to this under-the-radar gem of a beer.

Sand Creek Brewing Company has been in the Wisconsin craft beer game for as long as a I can remember. You may easily recognize their Oscar’s Oatmeal stout or their seasonal Wisconsin Cranberry Special Ale, but besides that, they fly well under the radar. A moment of indecision and discontent in the beer cooler led me over to the Sand Creek shelf where I noticed a nondescript and inconspicuous sticker that read “Barrel Aged” stuck over all of the bottlenecks of their Wild Ride IPA. I double checked the price and noticed the beer was still line-priced with the rest of the Sand Creek sku’s. What gives? Could this be possible? A 6-pack of barrel aged beer for well under $10. Certainly this is a mistake. 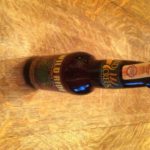 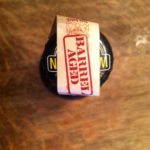 Nope. After geeking out over this beer and taking the even geekier step of contacting the brewer to tell him how excellent it is, he wrote me back and filled me in on a some choice details. Yes, the beer should probably be $12 for a 4-pack, but that’s apparently not how Sand Creek head brewer Todd Krueger rolls. Rather, Krueger informed me that this 100 case run of barrel-aged IPA was especially released as a little gift to all of those beer geeks out there, same price and packaging as the regular Wild Ride. To make the beer, Krueger simply drained his regular Wild Ride IPA off of his tanks and into Heaven Hill Whiskey barrels and let those puppies age. Krueger say’s these barrels were already used for a couple of other beers prior, so the oak and whiskey components are certainly subdued, and perhaps rightfully so for this beer style.

The first few whiffs are nothing short of heady. Robust aromas of spruce needles and lemon curd hit you up front. As you dig a bit deeper, there’s a ton of complexity here. I get a faint oxidized character, underlined with a bit of nutty-almond and vanilla bean, reminding me of the aroma of dry sherry. As the beer warms up, you begin to get whiffs of ripe pineapple and a bit more of a butterscotch aroma from the oak.

In the mouth, I love how this beer coats your palate, but maintains an outright bitter dryness. It´s certainly not your average lean and mean Citra bomb that you see all so often these days. Rather, this is a hefty IPA with a firm malt bill and an even firmer bitterness. In the front of the palate, I get pithy orange rind, pineapple and herbal pine. The mid palate gives way to a slight spiciness and a gorgeous oaky-charred creaminess. As this beer warms, all of these flavors mingle perfectly and you get one heck of a balanced barrel-aged beer that would be just as comfortable with a brat and kraut as it would be with some English cheddar and dried fruits.

I’ll be honest, I’m a sucker for a barrel aged IPA. Interestingly, I find that in the current market of endless IPA choices, barrel aged versions are few and far between. Sand Creek Barrel Aged Wild Ride IPA hits all of the marks in my book and I can’t deny that it´s nice to know that you can still be pleasantly surprised with a hidden treasure in the beer cooler.