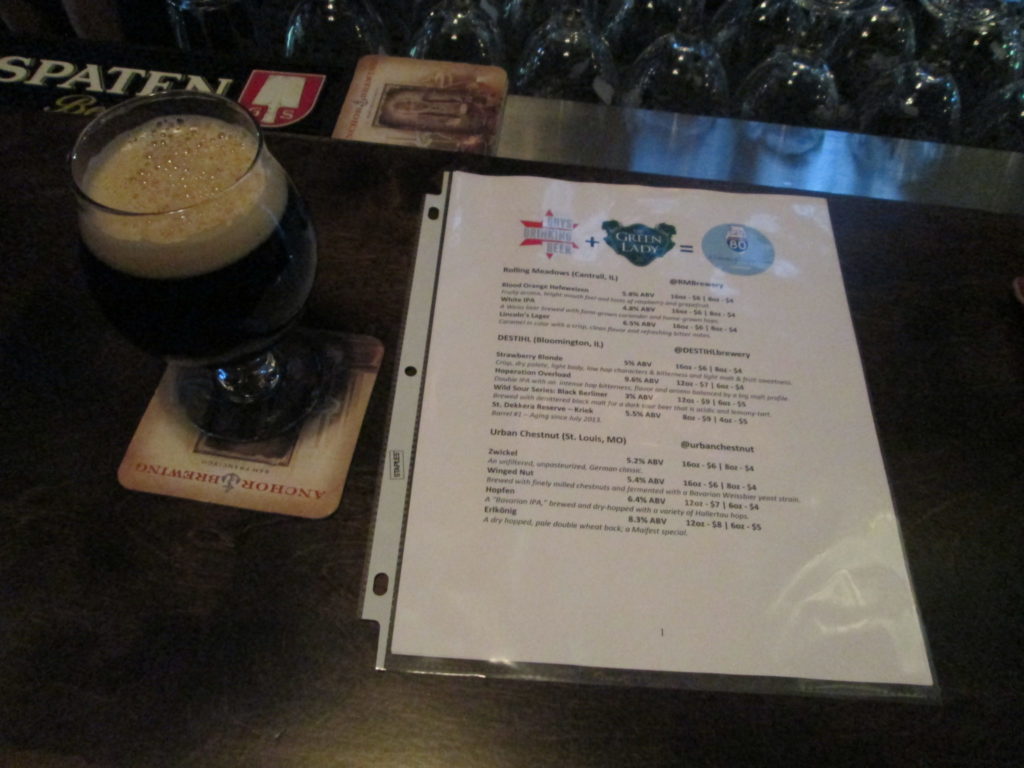 I think it’s fair to say these things just keep getting better and better, because we had a lot of fun last night.

Thanks to those who joined us – representatives from Urban Chestnut and Destihl along with 4 Hands President Kevin Lemp and Team Triptych were on hand to hang out, and the downstate beer didn’t stop flowing all night.

Everything I had was quality — Ryan got to preview some of the beers, but wasn’t able to attend so I was flying a little blind — but to me, there were three that stood out.

The Passion Fruit Prussia from 4 Hands was just great — tart, fruity, light and creamy, really refreshing. I talked to Kevin Lemp about their canning plans for the rest of the year; this isn’t part of them but if they packaged this it’d go gangbusters. We’ll have to make do with their Contact High (a nice orange-y buzzsaw of a wheat ale), and their Resurrection IPA later this summer. 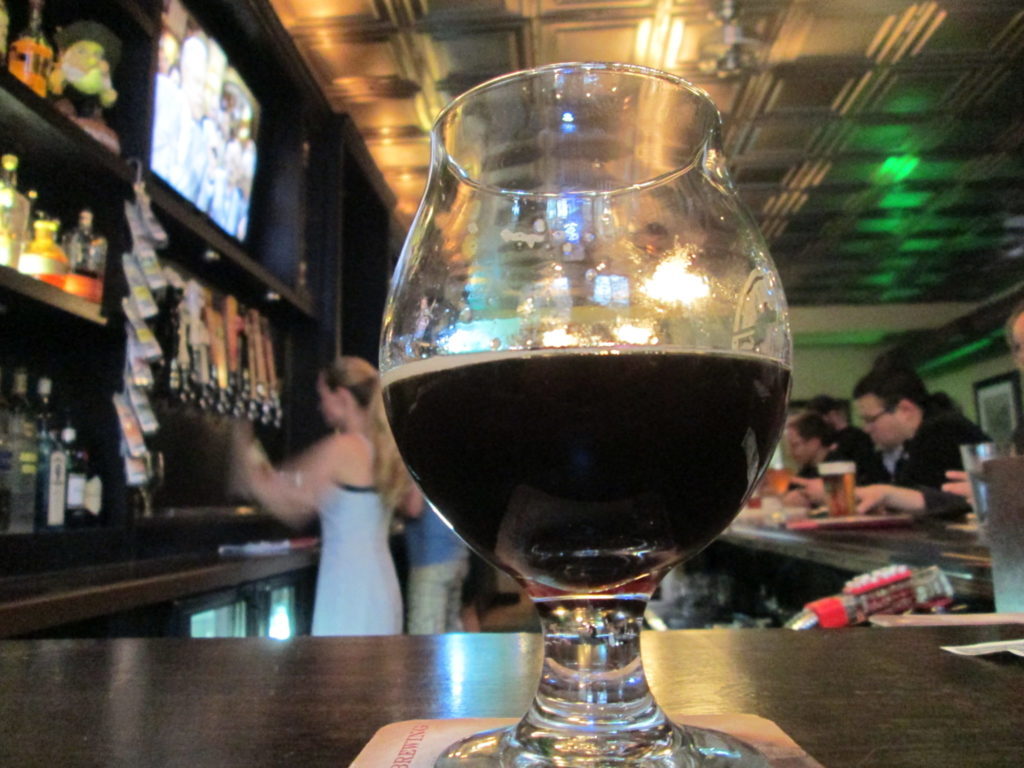 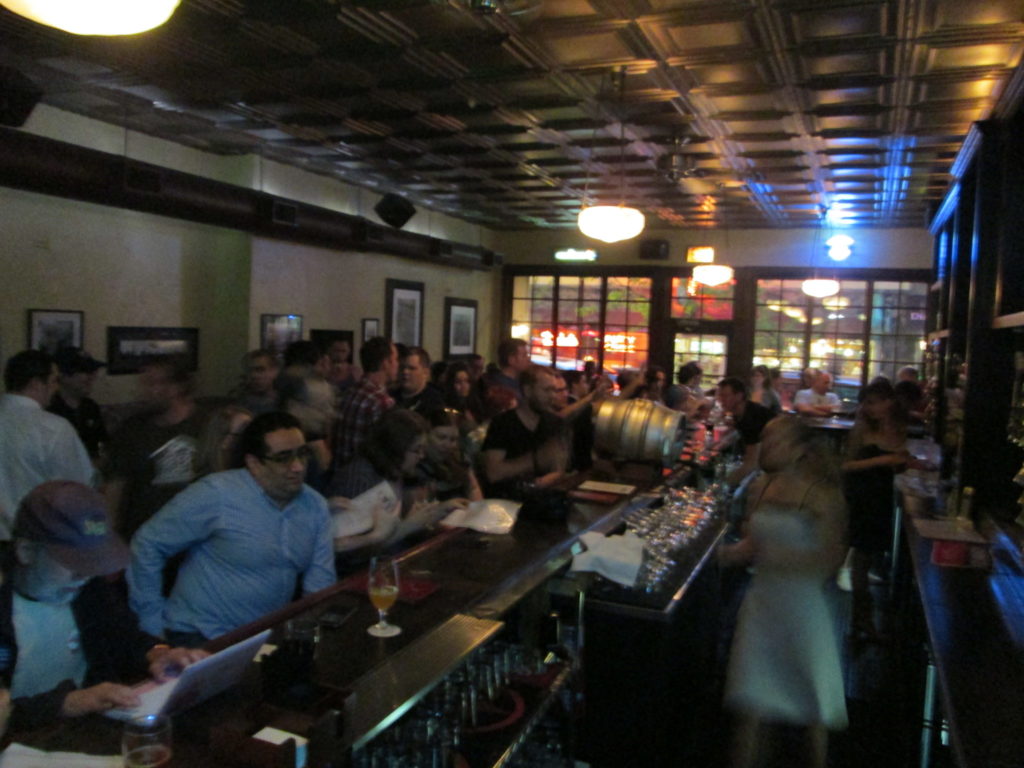 The Black Berliner from DESTIHL was a happy mind-bender and lived up to my expectations — look at it and you see basically a schwarzbier, but taste it and you get the sour, fizz and brightness like you expect from a Berliner. Just a little kiss of roast from the dark malts finishes this off and lets you know there’s more than just camouflage going on. 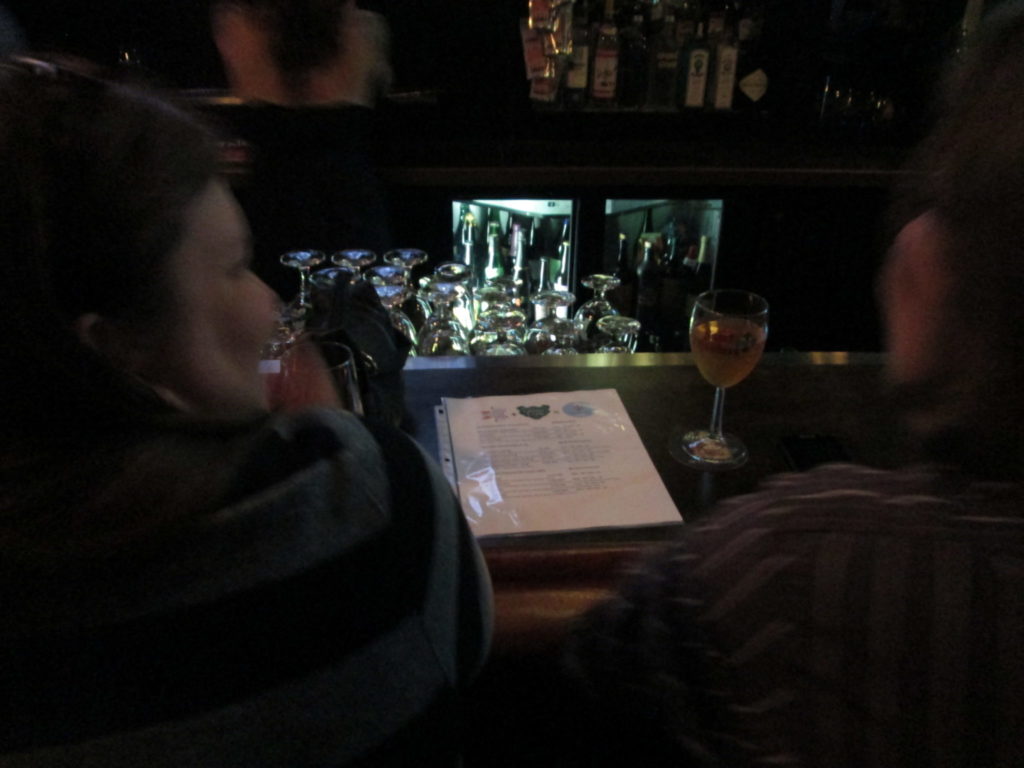 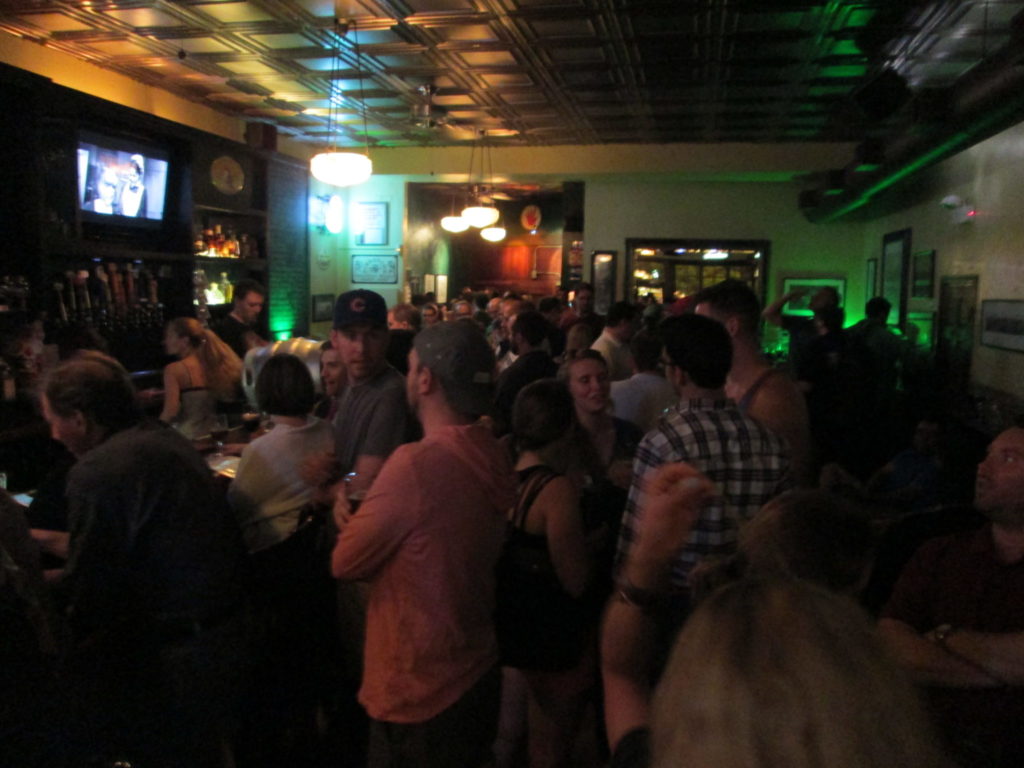 Finally, the Triptych team seemed to make a good number of fans last night — everyone was talking about the bourbon-barrel-aged barleywine, but I dug the Dirty Hippy. The well-flavored English Brown Ale was a summery under-4% ABV; it’s a nice break to a darker beer from the many lighter options last night, and would also make a good hot-weather go-to.

I’d add a little more heft to the body if it were me, but not too much; anything over just a touch would edge this back into a spring/fall beer which would ruin the whole damn point, so don’t pay any attention to me, Triptych guys. 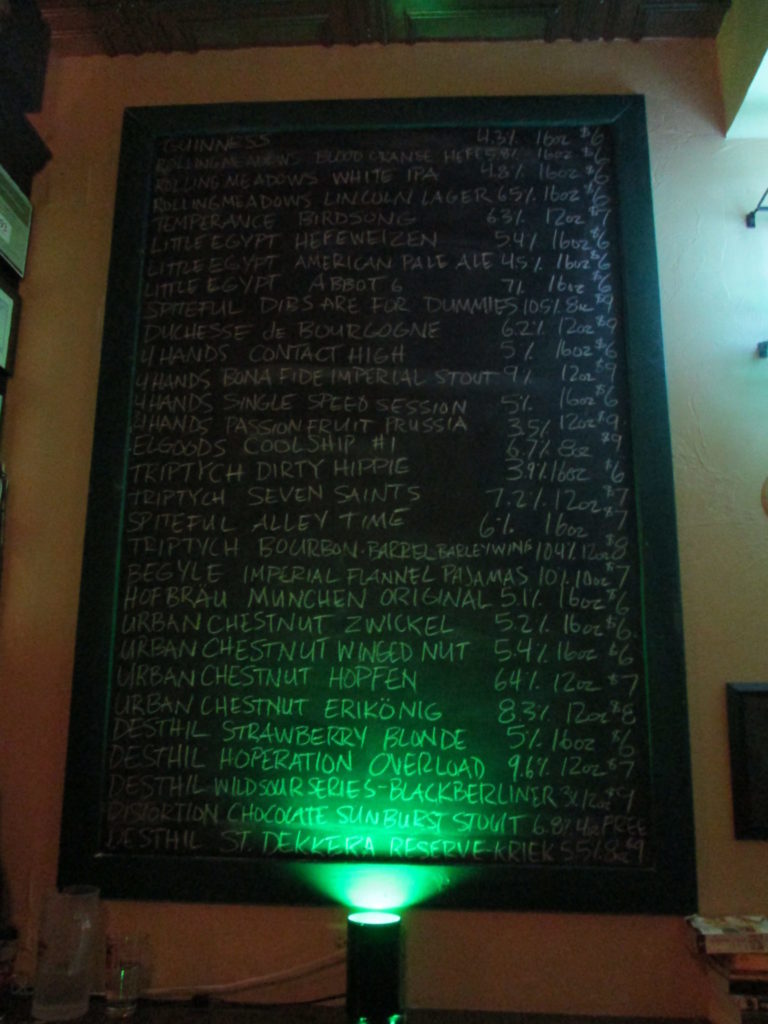 The Little Egypt APA was happily hopped to the point of dank-itude, the DESTIHL Hoperation Overload was a sweeter Bell’s Hopslam (and you can get it in a can!), the DESTIHL Kriek was as fruity and sour as I’d hoped. 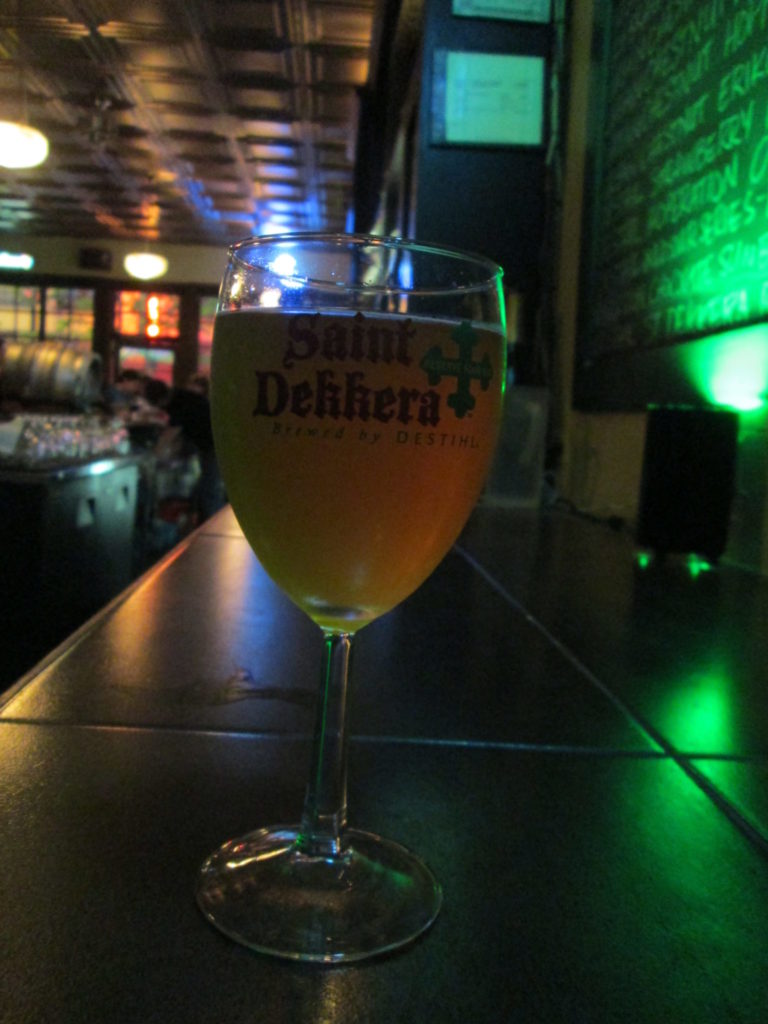 We weren’t the only ones who thought our third annual South of 80: A Celebration of Downstate Brewers was a hit. craft beer drinkers took to Twitter to trumpet the selection.

Shout to @guysdrinkinbeer: a sweet tap list for #southof80 and a friendly reminder that great @IllinoisBeer is also outside of Chicagoland.

The quality, balance, and stylistic technique on display at #southof80 is really admirable. Big fan of this event. #CCBW

And here’s a sampling from folks who checked in on Untappd. 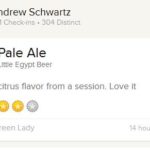 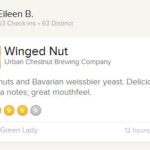 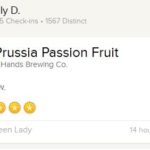 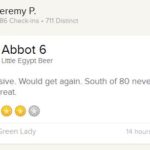 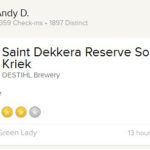 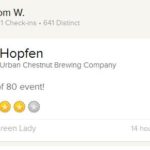 We’d be remiss if we didn’t take a  moment to thank the following:

Melani Domingues and The Green Lady for hosting this event for the third year in a row, our partner distributor Heartland Beverage for getting beers from Urban Chestnut and Little Egypt to Chicago, 4 Hands, DESTIHL, Little Egypt Beer, Rolling Meadows, Urban Chestnut and Triptych for taking part and you for supporting this event and the great brewers in downstate Illinois and St. Louis.