It’s something you don’t quite realize until you’re finally drinking beers at the event itself just how much effort can go in behind the scenes to get one of these Chicago Craft Beer Week events set up. 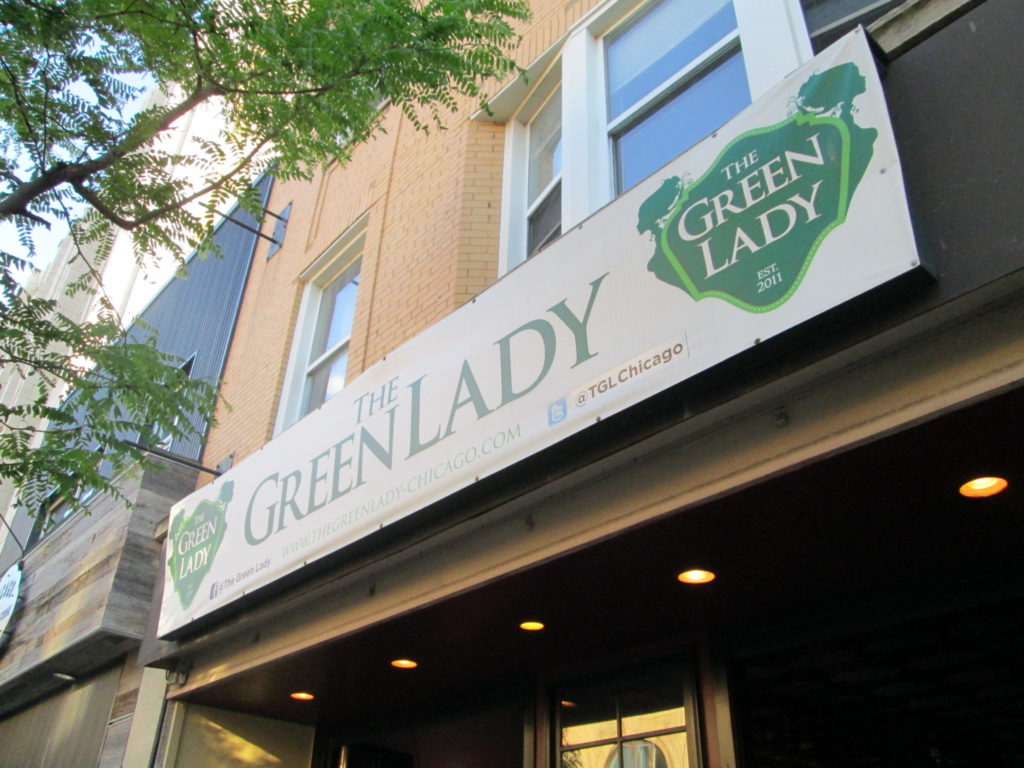 I’m not saying that as a point of pride for myself or anything – but I do know that this year took a lot of work to pull off, from the brewers, to the distributors, and to ourselves as well. If you’re distributing credit anywhere, the absolute Lion’s Share of it should be directed straight towards Ryan, who herded these brewery cats going all the way back to last year and beyond.

Any time you bring in new brewers that don’t currently offer beers in Chicago there are some extra strings to pull and thankfully, they were all pulled appropriately enough in order to bring some super-cool breweries to the city for the first time. Which was fantastic, because they were all awesome.

For a full evening at The Green Lady on Tuesday, as rains seemed to threaten constantly (but never quite arrive), it was a little piece of downstate. We got to compare notes on beers, talked about breweries, try some stuff that we’d never tried before, learn more about brewers that we’d previously only known through reputation, and generally bask in the mid-week CCBW glow of good beer.

More From GDB:  ANNOUNCING: The 4th Annual South of 80: A Celebration of Downstate Brewers 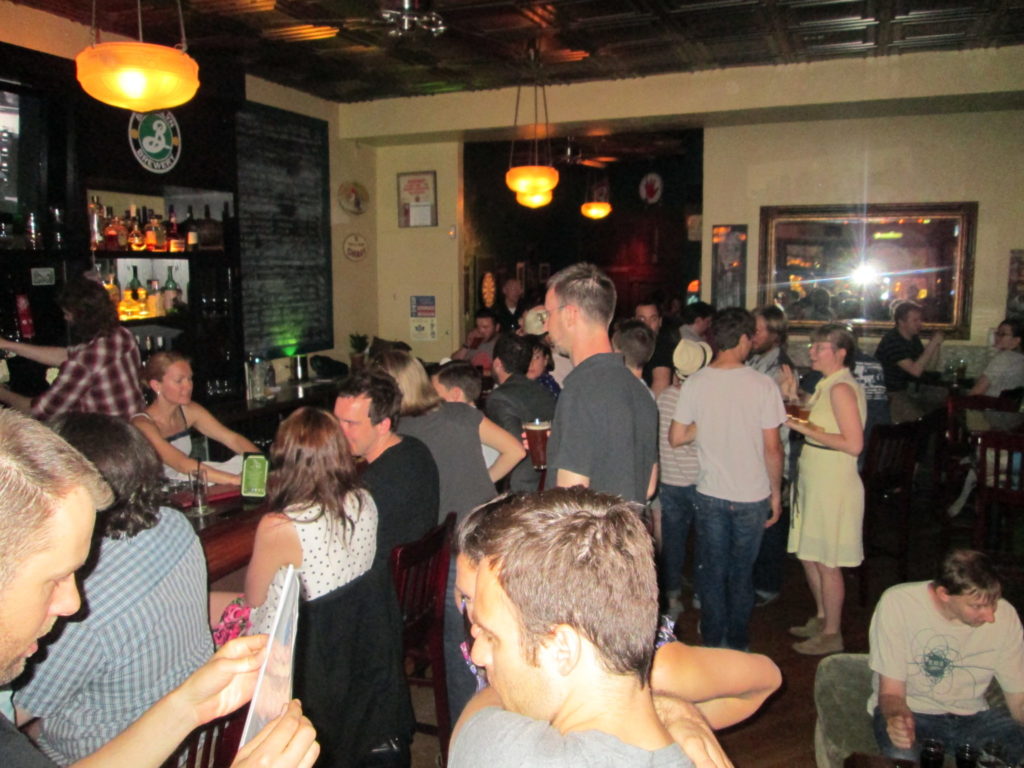 Oh, and we got to pass Das Boot for some extra beer karma as well to raise money for public school teachers in tornado ravaged Moore, Oklahoma. And it was also awesome of Melani Domingues, owner of The Green Lady, to match some of those proceeds as well.

At the end of the evening (well, the end for me anyways), I was wondering how well this had worked out in comparison to last year’s event. I hadn’t realized that for 2012, there were only three bartenders behind the bar, whereas Melani had all 5 of her folks plus a door guy in attendance and we kept them all pretty busy for hours, which seems like a pretty solid turnout to me. 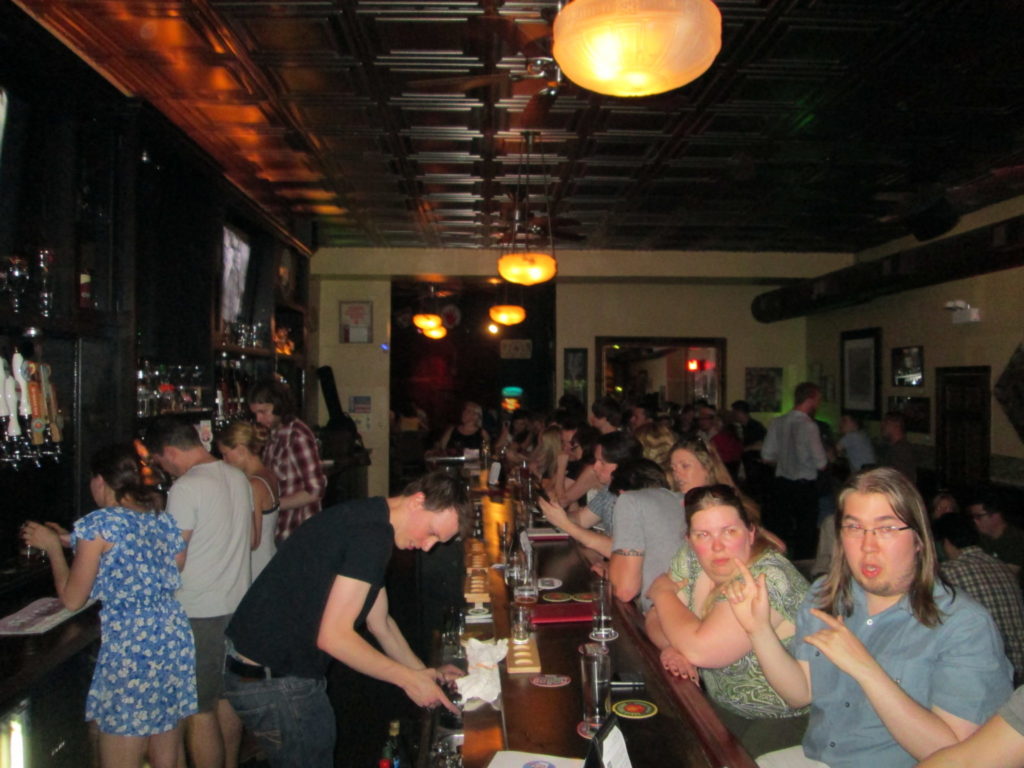 Judging from some of the feedback we received on Twitter, South of 80 2.0 was a hit.

I enjoy tasting beer. #ccbw Thanks for putting on a great event @guysdrinkinbeer & @TGLChicago! pic.twitter.com/AOYdkcRVxv

Word to @guysdrinkinbeer for a pretty delightful tap list at South of 80. Destihl sours ftw!

More From GDB:  Beyond Dark Lord Day 2018: What To Do Around NWI All Weekend Long

If I had to gauge interest, I’d say the big hits among the crowd were the Arugula Rye from Scratch, the Strawberry/Raspberry Sour from Destihl; Urban Chestnut’s Zwickel and Winged Nut, in equal parts, and we all really seemed to enjoy the Strawberry Honey Weizen from Six Row and the Blood Orange Hefeweizen from Rolling Meadows, which seemed to keep getting better as the night went on. 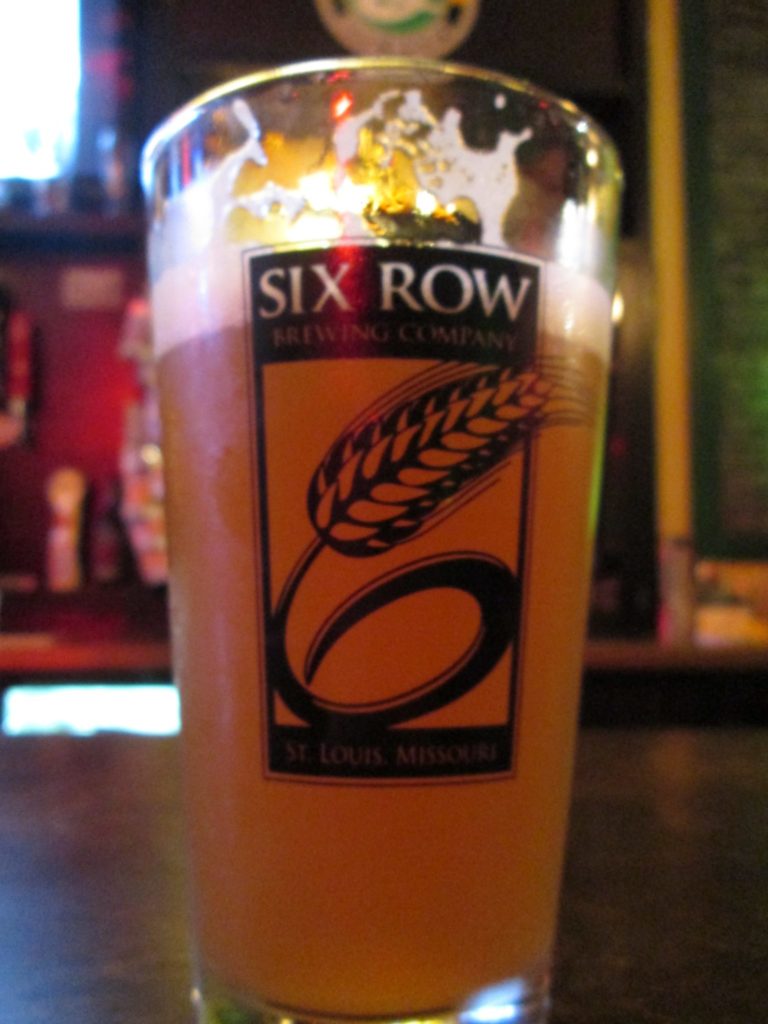 What’s more important than that, though, is that everyone from all attendees to brewery reps to bartenders to beer bloggers to owners seemed to be having a really good time. For that, we thank you all.

We would be remiss if we did not single out and thank the following: Melani at The Green Lady for clearing out half of her taps to make room for fifteen fantastic beers from downstate Illinois and the St. Louis area, our distribution partners Chicago Beverage Systems and Donnewald Distributing and – of course – the breweries for entrusting us to be the first to introduce their beers to Chicago. 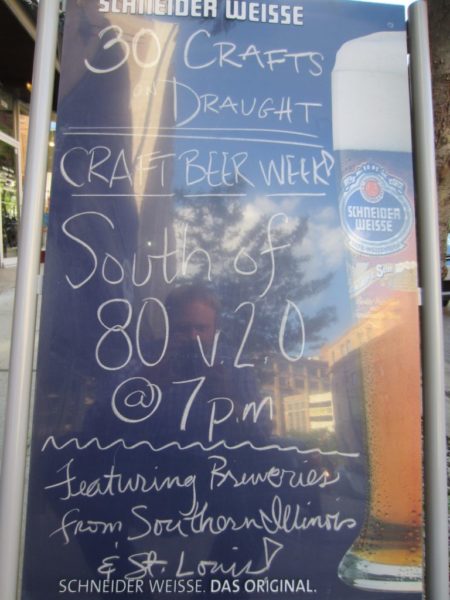 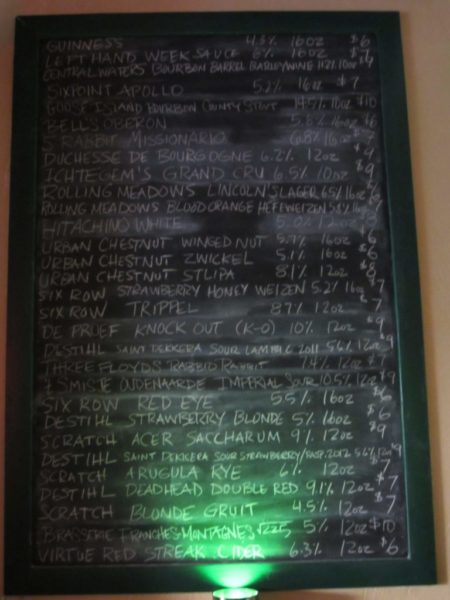 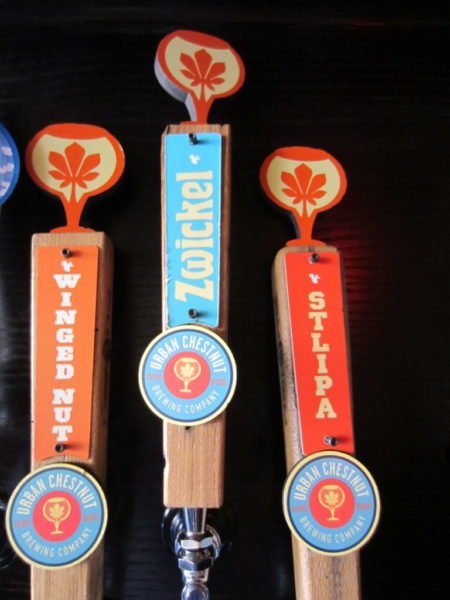 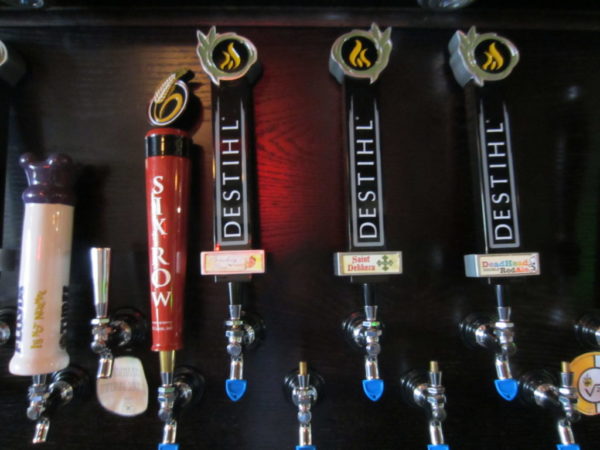 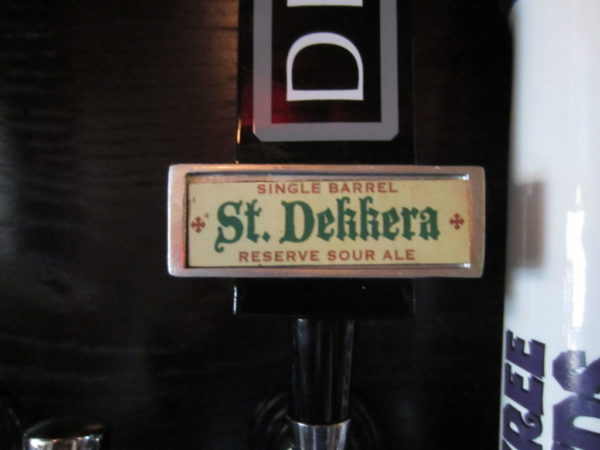 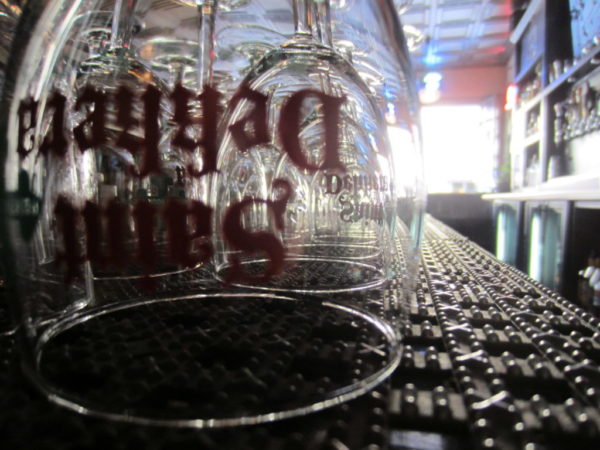 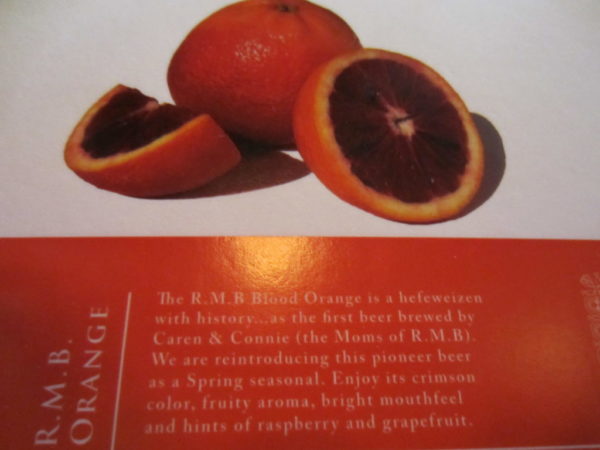 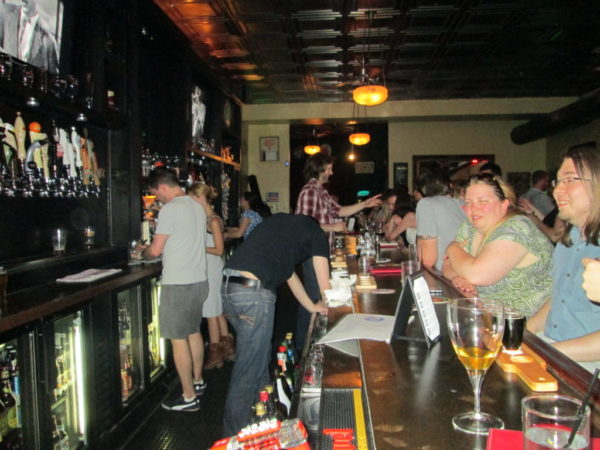 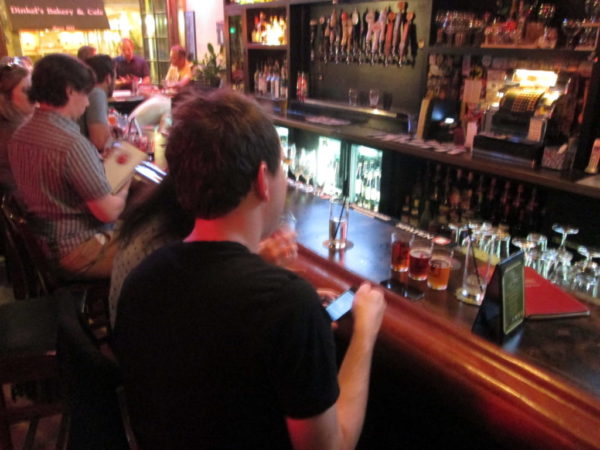 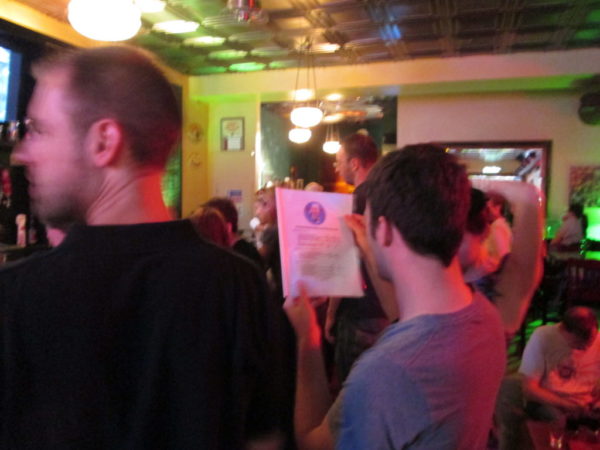 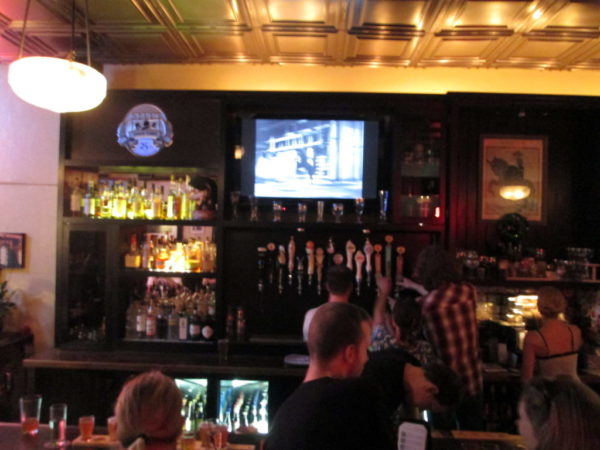 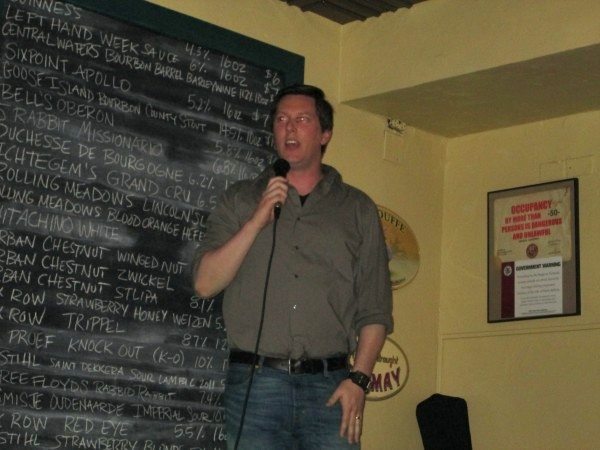