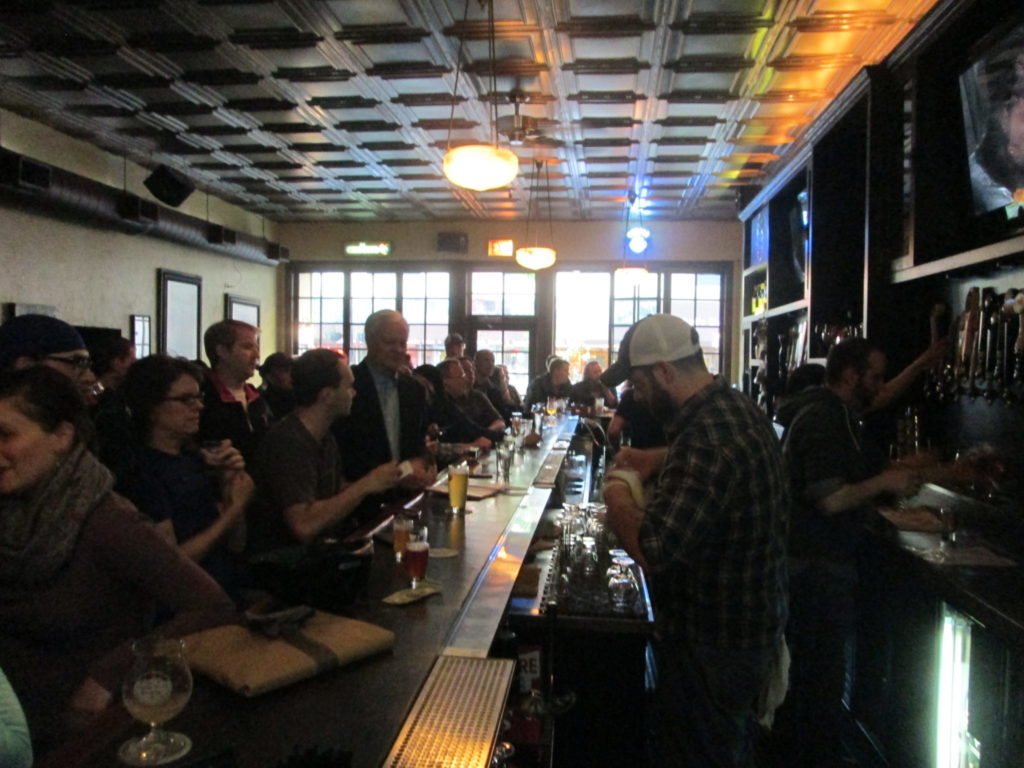 Another South of 80 has come and gone. We had a lot of fun; we hope you did too. 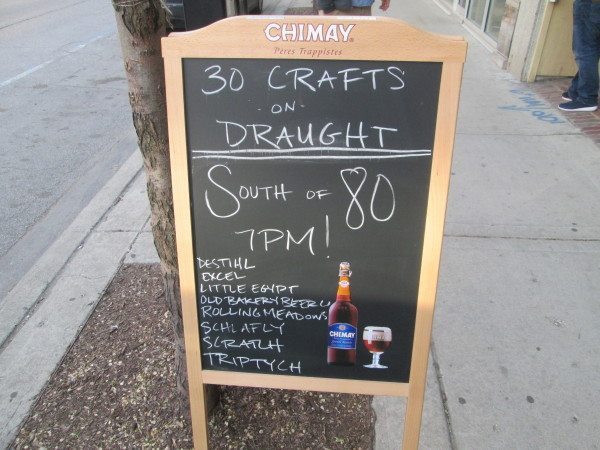 It’s a little strange being the only one from the site who’s not from South of 80 to be the lone representative at these things, but a great number of good beers makes things much easier to cope with. In any event, here I am — the lonely Chicagoan GDB’er, on hand to hang out with fans of the state’s southern stretches. Good times.

Representatives from Old Bakery, Triptych, Excel, Rolling Meadows, and Schlafly joined us last night to talk beer, shake hands, and bring their southern style North of 80 for a few hours on a Tuesday. Other breweries with beers on hand were Scratch, Destihl and Little Egypt. 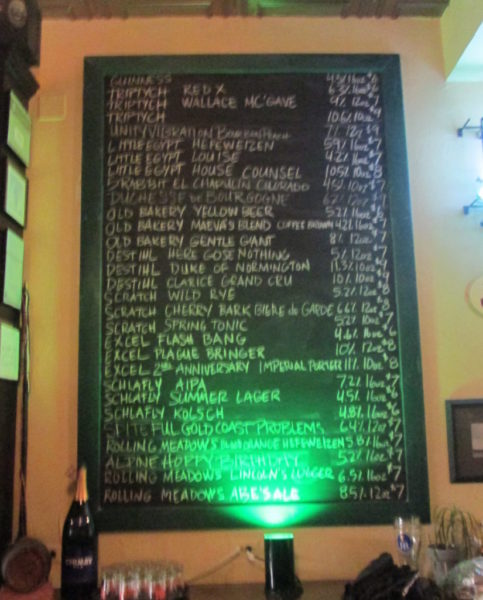 A good time was had by all (we hope).

I tried to sample at least one or two of everyone’s beers; with eight breweries and 24 different beers available it was difficult but certainly not impossible. Flights of four beers were flying out from behind the bar nearly constantly all night, and full pours of hefty beers like the Excel porter (11%), Destihl’s Duke of Normington (11.3%) and Little Egypt’s House Counsel (10.5%) threatened to put a serious hurting on those brave enough to take them on. 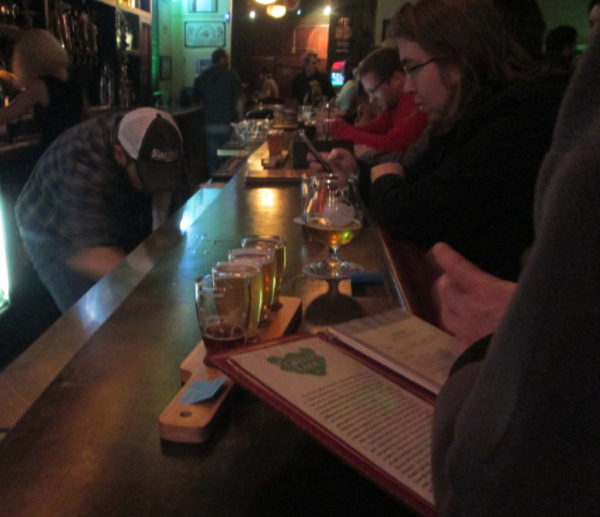 If you didn’t spend some time talking to the folks from Alton’s Old Bakery Beer Company, you missed out on a big opportunity to learn about their organic brewing outlook, how they source organic hops (harder than I’d thought), details about the designation of said organic hops and when those changed, about being one of the handful of organic breweries in the nation and a little bit about the joys of clearing gallons and gallons of coffee out of kegs when adding it to their Maeva’s Blend beer.

More From GDB:  A Day With The ABDI; Bridging The Gap Between Brewer & Distributor

That beer, by the way, was really quite enjoyable — lightbodied and fairly easy drinking, it offered huge rich coffee aroma backed up by some delicate malts. A dose of caffeine at the beginning of the evening was much appreciated as well. 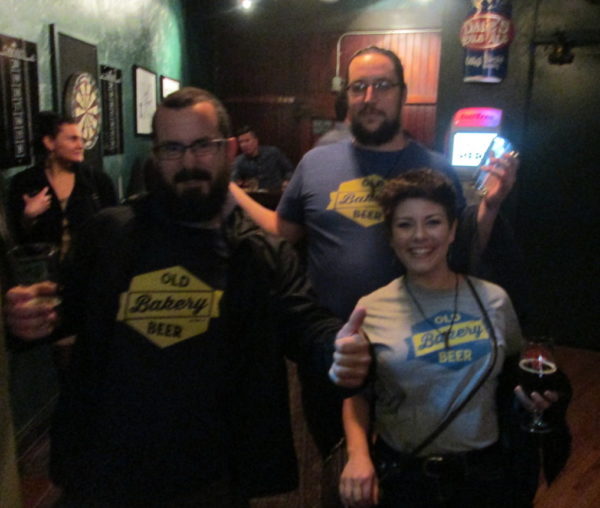 Excel brought up three beers, which seemed to be pouring very heavily throughout the night. Their Flash Bang hoppy wheat had an aroma that jumped out of the glass, up your olfactory canal and hammered straight into your brain with bright, zippy, citrusy, grassy goodness. The 2nd Anniversary Porter brewed with chocolate, coconut and aged in a rye whiskey barrel was completely insane. Just unbelievably good, and it’s good to know that my initial infatuation from FoBAB held up. 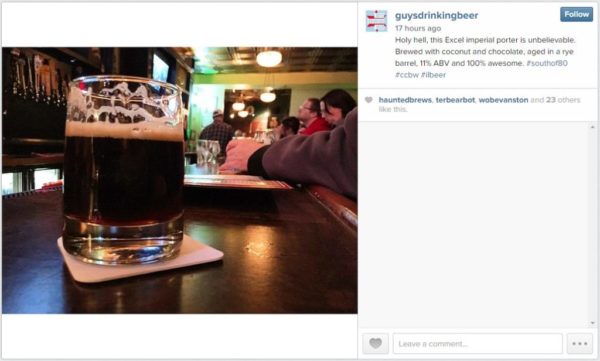 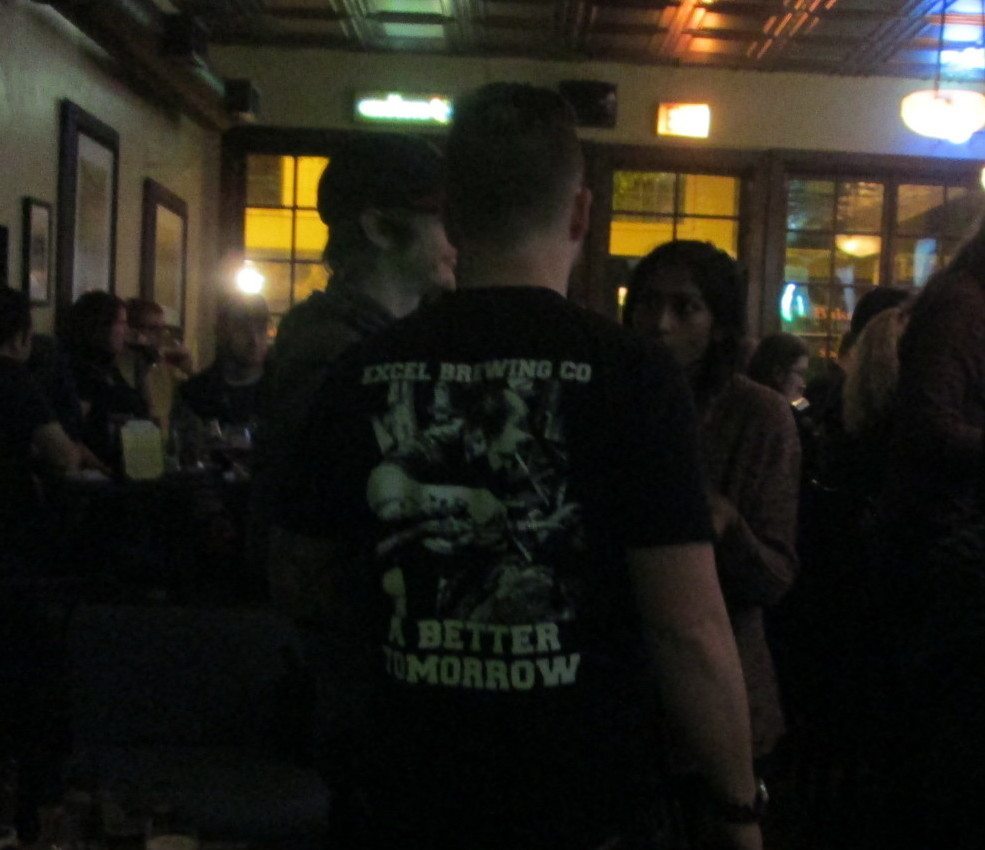 If you had to listen to me evangelize about Scratch for the x-thousandth time, I apologize. I don’t know what else to say at this point if you aren’t aware of the downstate farmbased brewpub that comes up with beers made from trees and maple sap and such. Their Wild Rye was the hit of the night for me — creamy smooth body, vanilla and cherry puckered up with a nice pop of natural tartness. I loved the Spring Tonic that they also poured at Beer Under Glass as well. Multiple people I talked to who walked through the door confessed that they were interested in all the beers, but really, they were here for Scratch.

The Little Egypt Hefeweizen was my last beer of the evening, and even with a fatigued palate I could tell that there was reason why this big, juicy, gusher of a beer was a GABF gold medal winner. That reason is because it was damned good. The lack of a big fluffy head had me perplexed for a minute (what, not EVERY hefe looks like Julius Echter?) but once I got past that, I was sold. Other educated palates throughout the room raved about this one as well, including a particular TV newsguy in attendance who is also a noted craft beer fan. Points if you can identify the gentleman. (Not pictured below, btw.)

None of this is to reduce the offerings and efforts from our friends at Triptych, Rolling Meadows, Destihl and Schlafly — these are just the beers that made more inroads to my face and notebook. Destihl’s Here Gose Nothing was a super-pucker Sweettart of a beer, Rolling Meadows’ Lincoln Logger is an old friend I don’t often get to see, and Triptych’s mezcal-barrel-aged wee heavy is the one I’m kicking my own ass for not having made it to last night. My bad, guys.

More From GDB:  Stepping In To The Lion's Den: I'm Speaking to the ABDI

I have to thank Ryan for piecing this whole event together for another year, especially since he did so from his Michigan-based lair well beyond Illinois state lines. Special thanks also have to go out to The Green Lady and Heartland Beverage for helping us pull all these strings together into one big festival of downstate awesomeness. They’re good folks and deserve your support.

All in all, we made for one pretty happy group of beer animals. Let’s do it again next year, huh? 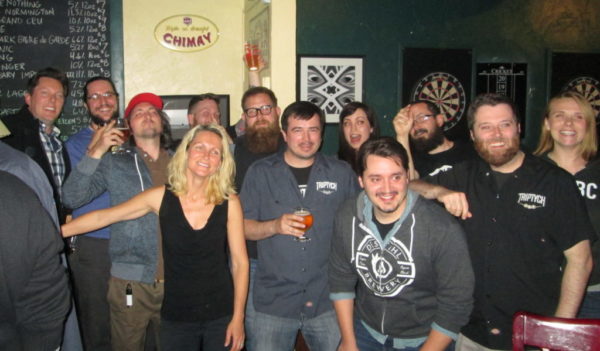