This is our 5th Annual South of 80, which returns to showcase some of downstate Illinois and the St. Louis area’s best and brightest brewers. 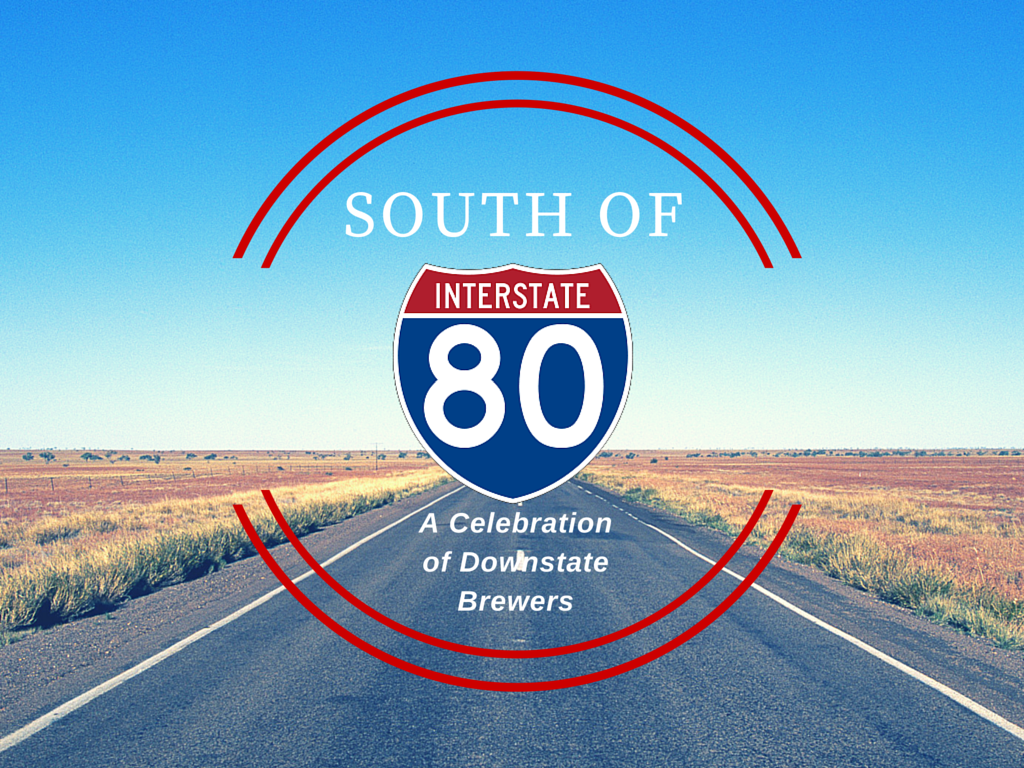 The only event during Chicago Craft Beer Week featuring beer from brewers across downstate Illinois and the St. Louis area, some of which has never poured from a Chicago tap handle, returns to The Green Lady on Tuesday, May 24th beginning at 7:00 p.m.

This year’s South of 80, which celebrates beer brewed below Interstate 80 — the line of demarcation that separates Chicago from “southern Illinois” — includes eight breweries or brewpubs and 31 different beers. This fifth iteration of the event includes a mix of breweries that joined us for our first go-round in 2011 as well as a few fresh faces brand new to Chicago.

The event first began as a way to show off beer brewed in far-flung reaches of the state and has since morphed in to a means to showcase creative and unique beers never-before poured in Chicago. South of 80 has also served as a bridge to nearly a half-dozen downstate brewers to enter the Chicago market. In the last four years Six Row Brewing (RIP), Destihl, Urban Chestnut and Excel have inked distribution deals after participating in South of 80.

Here’s who’s coming to the 5th annual South of 80: A Celebration of Downstate Brewers

This event wouldn’t be possible without our network of distribution partners: Burke Beverage, G&M Distributors and Koerner Distributor.

Much like in years past,  there is no ticket required for the event, which is Tuesday, May 24th at The Green Lady (3328 N Lincoln Ave).  We’ll be providing additional information on each of our participating breweries soon, as well as the full tap list.

ANNOUNCING: The 5th Annual South of 80: A Celebration of Downstate Brewers was last modified: August 31st, 2021 by Ryan