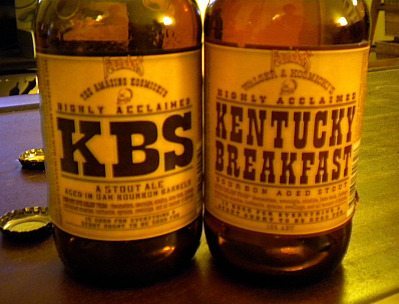 When it merits, GuysDrinkingBeer will bring you the relevant, generally-Chicago-centric information about what you’ll be imbibing around town.  Here’s what’s running through our Mash Tun of Information:

A new beer and a familiar one are due to be released on tap at Half Acre this Friday (2/18).  The Half Acre Callow Knife, which we told you about last month, was delayed by a few weeks but is scheduled to be pouring by the end of the week – draft only.  According to Half Acre the beer is, “a malt twin to Daisy Cutter, but we dry hopped the snot out of it with Falconer and Citra hops.”

Also on tap, and available in 22 oz bottles is Baume’.  The chocolate rye stout is Half Acre’s anniversary beer and was the first beer ever brewed at their site on Lincoln Ave.  I split this with my wife and cousin-in-laws on Christmas Eve and it was a hit with everyone.

Also, look for Half Acre’s Over Ale in cans anytime now.  In fact, I saw a four pack on the counter of Lush in Roscoe Village on Saturday.

We’re now a week-and-a-half away from the bottle release of Flossmoor Station’s Hi-Fi Rye Barleywine and Barrel-Aged Hi-Fi Rye. 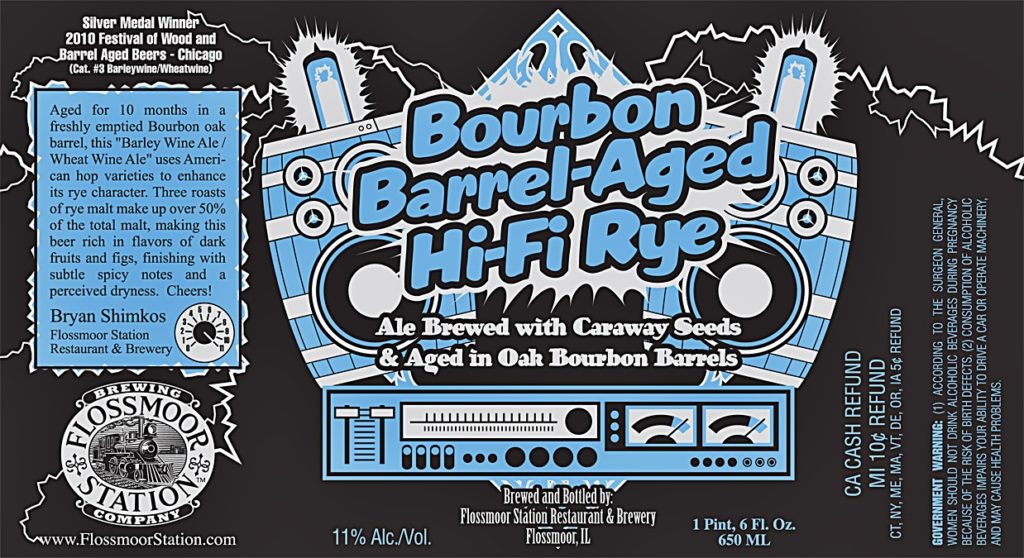 Both will be released at the brewery (1035 Sterling Ave Flossmoor, IL) on Saturday February 26th at noon.  Hi-Fi will run you $10 a bottle and the barrel aged version is $15 a pop.  There is a limit of 6 bottles of each beer.

Speaking of releases, Founders “highly acclaimed” KBS will be pouring at the brewpub in Grand Rapids, MI on March 12th and will be on store shelves throughout the following week.

If you’re in the Chicago market you may want to try and get your reservations, with stores that accept them, in NOW.  Last year this beer went fast and most stores did not receive a large allotment.  I wound up cobbling together a four pack by picking one up at a Binny’s, one at a Lush store and the other two at Friar Tuck in downstate Peoria.

Finally, last week we told you that a brewing hero of ours, John Niedermaier, is working on opening a new brewery in Traverse City, MI.  The former head brewer at Right Brain Brewing is one step closer to opening his Brewery Terra Firma south of downtown Traverse City.  The Garfield Township Planning Commission gave Niedermaier the zoning approval to turn a bed and breakfast in to a brewing operation that will grow many of it’s own ingredients on a nearly 10 acre parcel of land.

John’s proposal now goes before the Garfield Township Board of Trustees, which meets on February 22nd.