With the celebration of our fourth anniversary in our rear view mirror we thought now might be a good time to talk about where we were, where we are and where we think we might be headed.

“Life is like riding a bicycle. To keep your balance you must keep moving.”

If you’ve stuck with us for the duration of this journey or joined us somewhere along the way, we thank you. You’ve likely seen a few design changes (which we’ve included below for your entertainment). You’ve weathered through some rather concise beer reviews and a brief period of press-release-reposting as we worked to find our voice. You’ve also likely seen our focus bob and weave only to be pulled back to our center — that center, in our opinion, being our coverage of not just beer but also the politics of beer. (As news junkies, policy wonks and general government dorks, it’s simply in our nature.)

We once envisioned ourselves as an online repository for cellared beer reviews, helping craft beer drinkers find the right beers to cellar and steer clear of the ones that are less than ideal.

We also pictured ourselves as a news aggregate with a touch of insight and commentary, much like Rich Miller’s Capitol Fax. (Speaking of which, have you signed up for our newsletter? )

Finally, we thought we could be a go-to for coverage of the inner-workings of Illinois’ beverage industry — insider reporting for the insiders.

Hopefully, you’ll agree with us that this little project has managed to become a decent amalgamation of all three.

If you’ll allow us to ring our own bell, here’s a for-example: Our sit-down with outgoing Associated Beer Distributors of Illinois President Bill Olson provided what we consider a somewhat shockingly candid look at the inner-workings of one of the state’s most powerful lobbies, which didn’t go unnoticed by those in the industry who genuinely rely on our reporting.

In the same way that we appreciate when our sources are on the level with us, we thought a few things would be relevant to pass on to you now, in a world where “beer writing” is often (too often) on the same level as “beer cheerleading”.

Transparency is very important to us.

That’s why when someone sends us a beer to review, free of charge, we always tell you that — right up front and center. You deserve to know when we’re not paying for this stuff, and we allow you to judge accordingly.

Following that — we think it’s important that you know that we don’t ever solicit beer.

Or anything else, for that matter.

We have never contacted a brewer and asked for beer to review. In fact, we’ve turned down about as much beer as we’ve accepted when contacted by a brewery rep or PR firm. We’re not terribly interested in getting freebies in the form of beverages, beer koozies, bottle openers, stickers t-shirts, flash drives, phone books, or anything else that comes straight from the minds of the marketing department. We’re more than happy to pay for our beers one pint at a time, same as you.

If the beer that someone wants to send us isn’t accessible here or isn’t relevant to what we consider our audience,  then we won’t review it. And we’ve been pretty frank with the people who send us beer; just because it’s free doesn’t guarantee we’ll say it’s good.

We want you to know that we have worked hard to make sure you know there’s no real gray area here. Maybe it’s all our collective years in the general underbelly of the broadcast and political worlds, but we’ve seen enough to know what we want to avoid.

I believe that clear thinking, clear statement, accuracy and fairness are fundamental to good journalism.

We don’t solicit advertising. We don’t talk up a brewery one day, and then cash their checks the next. There’s nothing wrong with things like advertising, partnerships and other forms of monetary transfer, but we don’t think it belongs here, and if it ever does, you’ll know when any form of financial partnership is established.

The best know this too. For example, Cicerone chief Ray Daniels has “Revolution Brewing Investor” in his twitter handle, so if he ever says something nice about a Galaxy Hero, you know he’s at least got skin in the game. Adam Nason at Beerpulse hashtags his sponsored content so you know when something is news and when something is bought and paid for.

This is not to say that we haven’t batted around the idea of “sponsored content” before but didn’t want to do anything at the time to taint our impartiality. That’s not to say we won’t seek out opportunities in the future but right now we’re quite comfortable where we are.

Now that we’ve worked through some growing pains and a few identity alterations, we can confidently say that what you’ve been seeing lately is what you’ll continue seeing. We will continue to provide unparalleled coverage of the beverage industry including the comings of goings of brands from distributor to distributor, the legislative happenings at the statehouse and coverage of the state’s beer interest groups.

We’ll also keep reviewing beer from our personal cellar and keep doing events too. South of 80: A Celebration of Downstate Brewers has become an annual thing and we have a few other ideas up our sleeves as well.

No one can be everything to everyone, and we’re not terribly interested in trying. We’re going to do what we do well — what we do best — which is keep tabs on the nitty-gritty of an industry that few have the connections or know-how to cover. We appreciate you sticking with us for as long as you have, and we hope that you’ll continue to do so in the future.

Guys Drinking Beer Over the Years 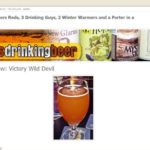 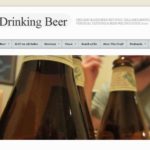 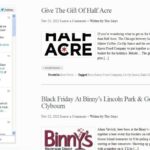 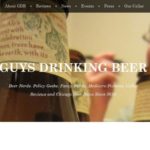 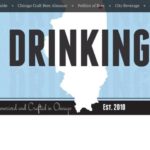 The GDB “State of the Site:” a Declaration of Beer Writing Principles was last modified: February 6th, 2018 by The Guys