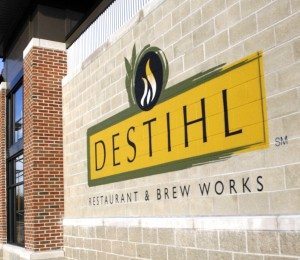 A few weeks ago, we told you about Destihl’s plans for a production brewery that is just months away from being operational.

Now we have more details on what beers Destihl will be rolling out , where you’ll see them and in what format (kegs, bottles, cans).

Destihl CEO and Brewmaster, Matt Potts, tells GuysDrinkingBeer that essentially anything you’ve had at the taproom in Normal or Champaign is fair game for production. “[M]any of the beers listed on our website will be available for distribution at various times throughout the year depending on the season,” said Potts.

And, yes, that will include their wildly popular wild ales; the Saint Dekkera® Reserve Sour Ales. Although those will take some time to produce – at least a year – so sour beer fans are going to have to be patient.

“We…plan to bring in about 500 oak barrels as soon as we can so that we can start filling those and commencing the aging process for the sours right away given the especially high demand for those beers,” said Potts.

Sours aren’t the only barrel-aged beers Destihl is pursuing. Plans are also in the works to bottle Dosvidanya Russian Imperial Stout, Antiquity Rye Wine and Cerise Stout Impériale. Those three would ideally be going out via self-distribution in late spring or early summer of 2013 while the sours won’t be available until late 2013 or early 2014. Both will be available in cage and cork bottles. 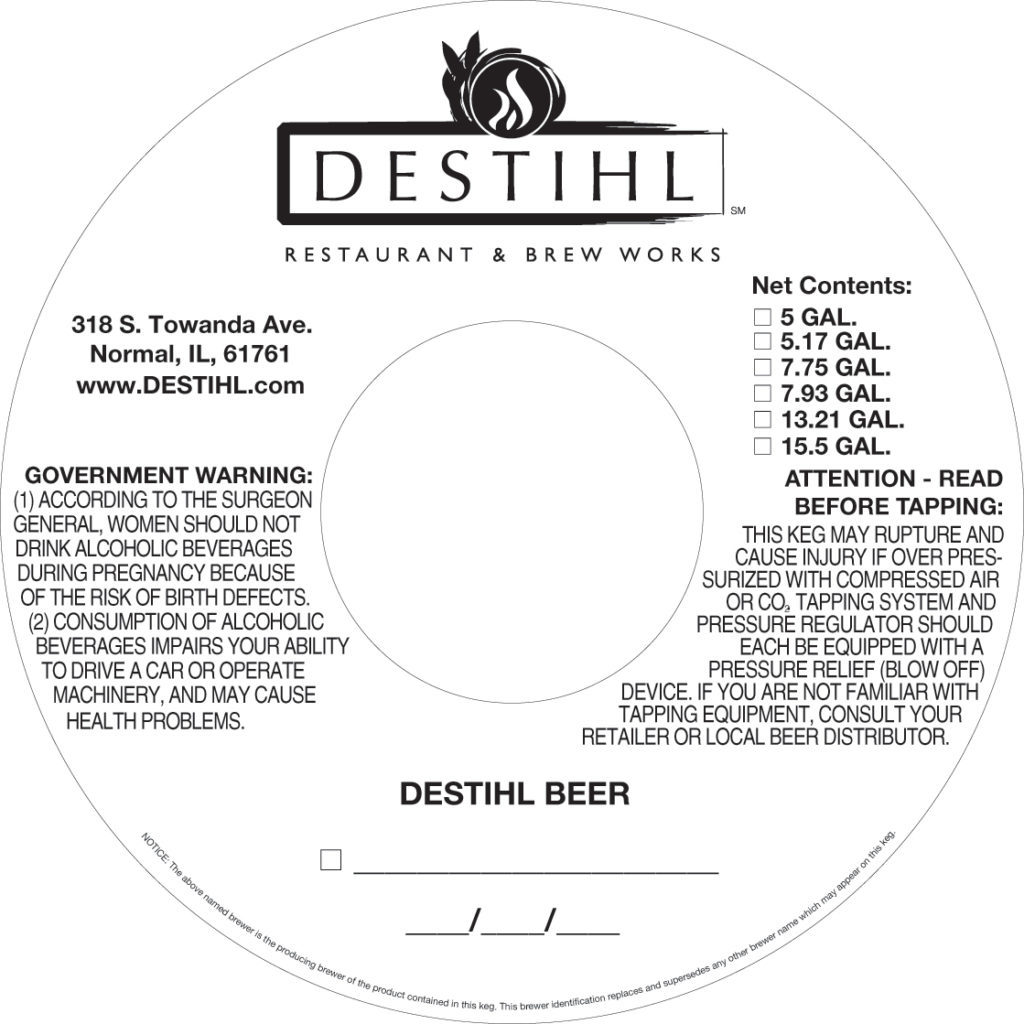 Destihl’s production brewery will be rolling out all of these offerings in phases. Kegs will roll out first, followed by the cage and cork bottles and the canned beers (6 packs or tallboys yet to be determined) bringing up the rear.

As for where you’ll be able to find Destihl’s beers, central Illinois is a lock right now but things get fuzzy beyond that. Potts wants his beers in Chicago and would prefer to use a distributor to do so – but the way the current self-distribution law is written he may be forced to self-distribute in Chicago – or not all.

“[I]f our growth and production in Illinois is indeed capped at 15,000 barrels and we are forever forced to remain in a self-distributing craft brewer license model, then we will need to maximize our 7500 barrel self-distribution cap in order to make the brewery financially feasible to even operate in this State, meaning that we cannot risk signing on with any distributors yet despite our current discussions, negotiations and desire to do so outside of Central Illinois, given the beer franchise laws in this State,” said Potts. “In other words, we may need to preserve our right to self-distribute in Chicago and throughout Illinois in order to reach our 7500 barrel self-distribution cap in order to maximize our income within the 15,000 production cap.”

The issue is on the Illinois Craft Brewers Guild’s radar and they do plan on trying to address it during what could be a very busy spring legislative session.

While that battle plays out in Springfield, Potts will be in Bloomington, churning out award-winning beers for bars and liquor stores across central Illinois and hopefully – eventually – Chicago.

The Many Phases Of Destihl’s Production Brewery was last modified: February 6th, 2018 by Ryan