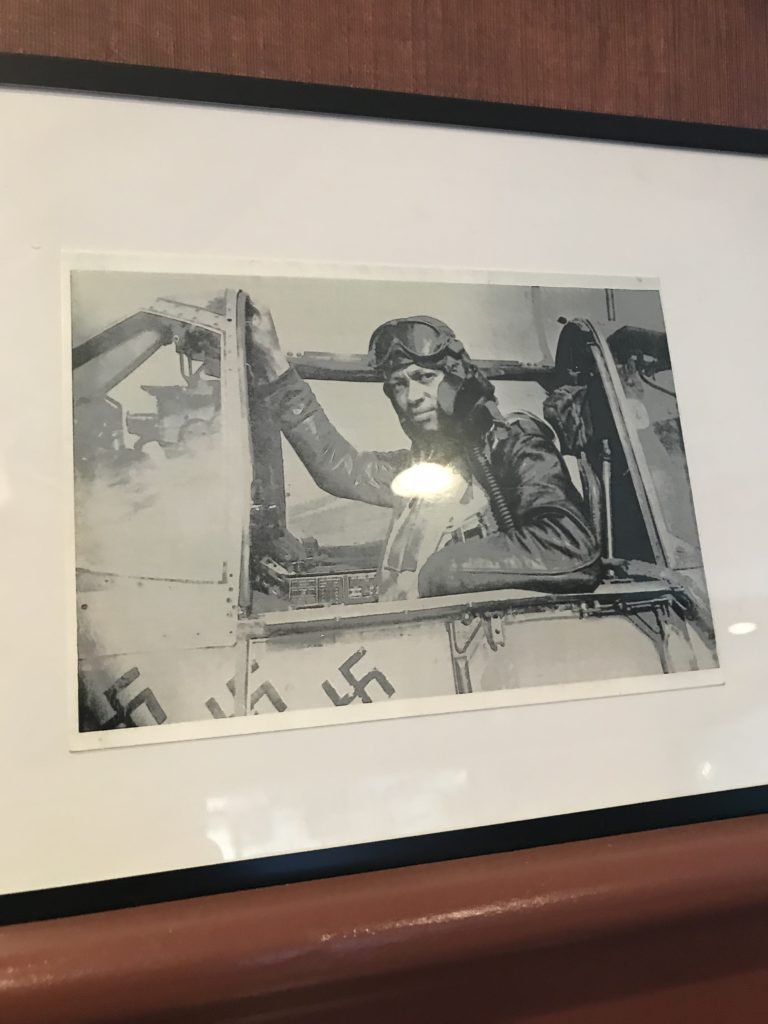 A small black-and-white photo hangs on the wall in the entryway to Argus Brewery in Chicago’s Pullman neighborhood. A young African-American man sits in the pilot seat of a World War II fighter plane, with three distinctive Nazi swastikas on the door.

“What’s that about?” I asked during a recent tour.

Jack Lyle, one of the last living Tuskegee Airmen of World War II, has become a bit of a regular visitor at Argus, bonding with the crew there after he and his wife, Eunice, came for a tour. All of those conversations led to the creation of the recently-released Tuskegee Airmen Pursuit – a farmhouse ale aged in wine barrels, commemorating Lyle’s service.

Only 300 bottles were made and $5 from every sale is going to the Tuskegee Airmen/Experimental Aircraft Association’s Young Eagles Program, which teaches kids how to fly through opportunities at the Gary/Chicago International Airport.

And if you’d like to not only get a bottle, but also give thanks to Jack, he’ll be signing bottles of that beer from 3-5 p.m. Sunday at Kimbark Beverage Shoppe, 1214 E. 53rd St. in Hyde Park. 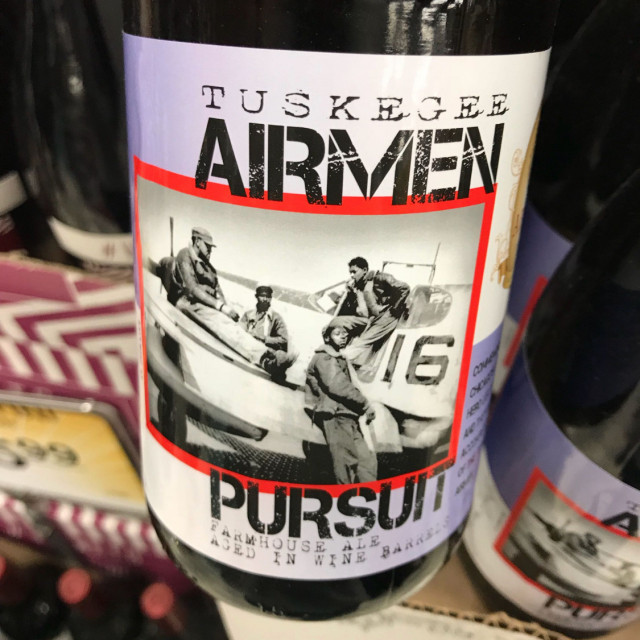 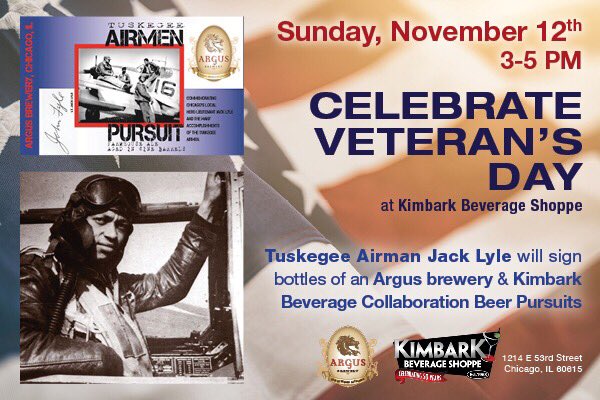 “Jack first came to the brewery about three years ago – he’s a gentleman in every aspect. Extremely modest,” Lubovich said. “Eunice is more the beer fan, but ‘happy wife, happy life,’ so Jack is always up for a visit. Plus, someone has to drive home!”

The photo of Jack seated in his plane – “Natalie,” named after his first wife – is impressive. The swastikas on the door, Lubovich shares, represent the enemy planes he shot down during his 27 missions more than 70 years ago. But that’s not the photo that Jack wanted on the bottle.

“He wanted a picture of him with his crew – the guys who took care of his plane for him,” Lubovich said after the tour. “That was important to him, because he said he couldn’t have done it without them.”

In 2007, he and other Tuskegee Airmen received the Congressional Gold Medal, the highest civilian honor bestowed by Congress.

Argus, which doesn’t yet have a license to operate a brewpub or sell bottles to-go from their historic brewery building, has a strong partnership with Kimbark, where owner Jonathan Swain has long held a strong commitment to supporting local craft beer.

“They have always supported Argus and they are a staple in the southside community,” Lubovich said. “It was actually Jonathan and Gail Swain who suggested donating $5 per bottle to charity.”