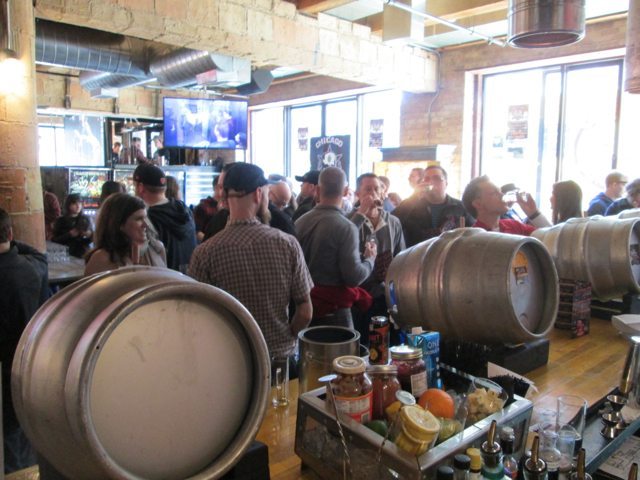 This past Sunday, I was invited to serve as a judge at the first “What the Firk” festival held at Headquarters Chicago, a barcade that’s doing its best to force Depaul students to drink good beer even though they may not want to.

Casks were set up on bars and tables around the space — any spare shelving that wasn’t too close to a pinball game or an arcade console seemed to have a barrel (or two, or four) perched on it, with staffers ready to distribute 2-oz. pours as needed.

It was pretty excellent. Here’s what I found: 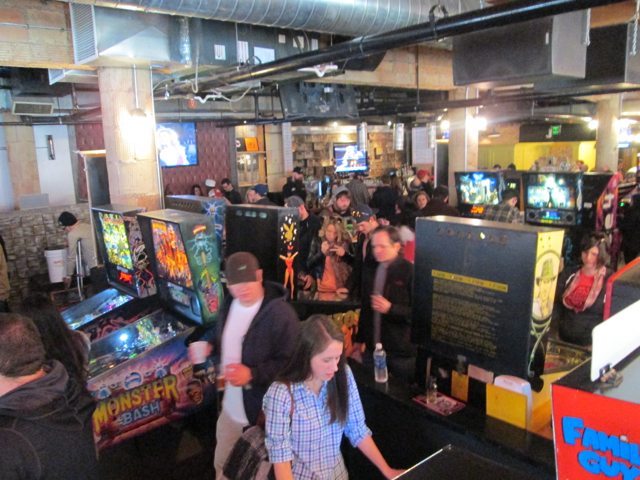 As it turns out, you can burn through a lot of cask beer in just a couple of hours. The VIP portion of the festival started at noon, and at just a little after 2pm I handed over my score sheets and called it good enough. Of the 26 entries, I had managed to make my way through about 20 of them or so, and apologies to those I missed but I think I got a pretty good cross section of the offerings.

With brown ales, pilsners, IPAs, porters, lagers, barleywine and even an honest-to-god English bitter on hand, if you wanted to see just what a real-ale version of any of your favorite styles was, this was an excellent place to do it. And beyond that, if you were ever feeling overwhelmed, a game of Playboy pinball or Mortal Kombat is a great way to take a few minutes off, sip some water, get your head straight and prepare to go back to it.

(With FOBAB headed to UIC, maybe someone could ship a few games over there this year?) 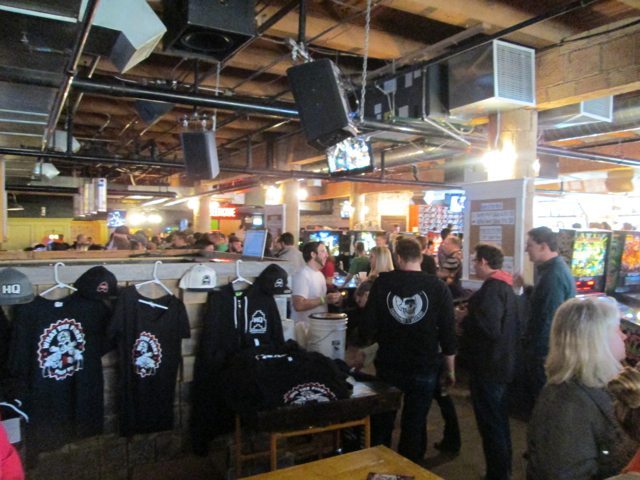 Some of my favorites:

The “Most Important Beverage of the Day” from Solemn Oath was probably my favorite offering of the whole festival, packing a hell of a lot of flavor into a tiny little dose of beer. Creamy, warm, rich as hell, this coffee-ed up milk stout didn’t deliver on the orange peel like I thought it might, but I didn’t give a shit because it was craveable without it.

The “Hello My Name is Joe” from 3 Sheeps was a fun twist on your normal coffee infused beers. Creating an imperial black wheat beer would be interesting enough, but then tossing coffee on top and then casking it doubled down on the complexity, and thankfully it worked pretty well. Surprisingly light and citrusy, it was a solid balance between rich dark coffee and light airy cask goodness. 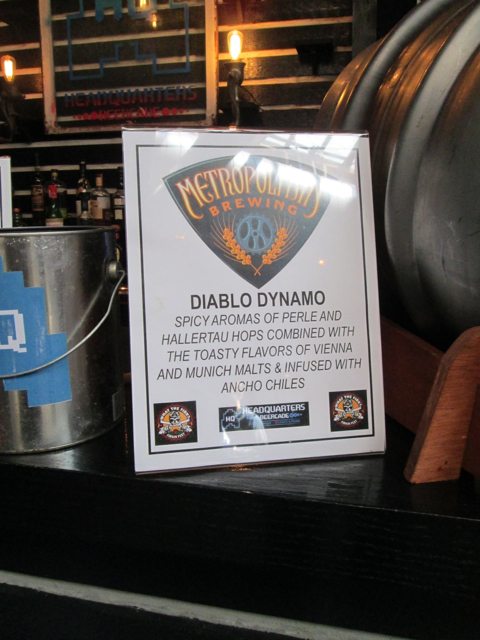 The Diablo Dynamo with ancho chiles from Metropolitan was a nice surprise as well — instead of overwhelming, the chiles complimented the rich malt flavors of the beer. It was still lightbodied enough to not weigh you down, but had enough heft to let you know this was not going to let you push it around.

The Super Pils from 5 Rabbit was a refreshing blast of superlight, creamy, sweet, tart, lemony almost shandy-like awesomeness. If I wasn’t planning on drinking their 5 Lizard again all summer, I’d demand this everywhere I went.

Local Option’s Voku Hila put on a lesson on how to let oak aging come front and center. The light flavors of the strong lager – which is quite nice on its own – really let that wood characteristic shine in a way I haven’t encountered in a long time.

I also found myself really digging the Kipling from Thornbridge Brewery in the UK — every real-ale festival needs to have at least one pure British offering. Not being familiar with this brewery or its offerings previously, this “South Pacific pale ale” was a nice surprise. A little sweet, some good balanced bitterness from some Nelson Sauvin hops, and a general feel of subtlety that American rip-your-face-off beers seem to rarely attempt. 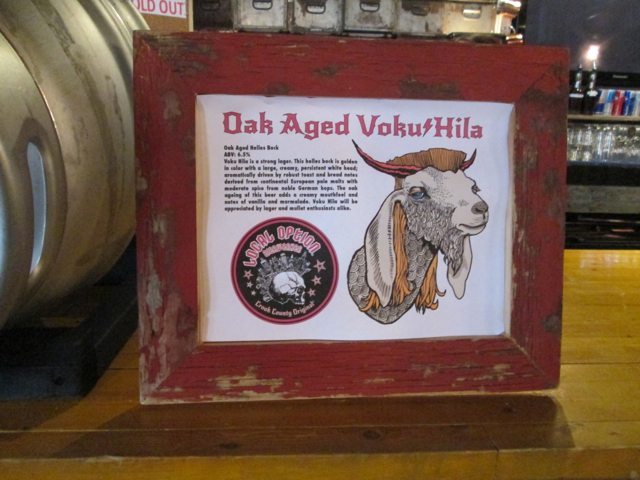 There were a couple clunkers in the mix, but overall pretty much everything I sampled was quality. I even tried — and enjoyed — the Goose Island BCS Barleywine, a style I typically avoid like the plague at these beerfests. Usually, if I’m drinking a ton of different things, I don’t want a big brash 12%+ monster to blast out my palate, but this time I gave it a shot and came away pretty pleased I did.

At the end of the day, our totals were added up, and the Blogger Victory belonged to Lakefront’s IPA with Grapefruit and second place went to the aforementioned Hoku Vila. The fan favorites and industry faves can be found here as well. On the whole, cask beer, pinball and videogames go together like…well, regular beer and pinball and video games: pretty damn well. We’re already anticipating the next one. 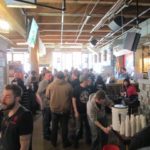 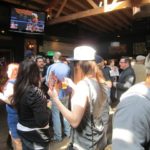 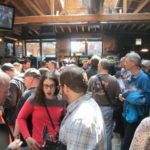 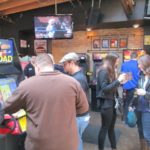 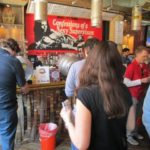 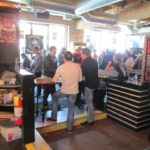 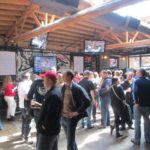 What the Firk: Cask Beer and Pinball Make a Good Pairing was last modified: February 6th, 2018 by Karl