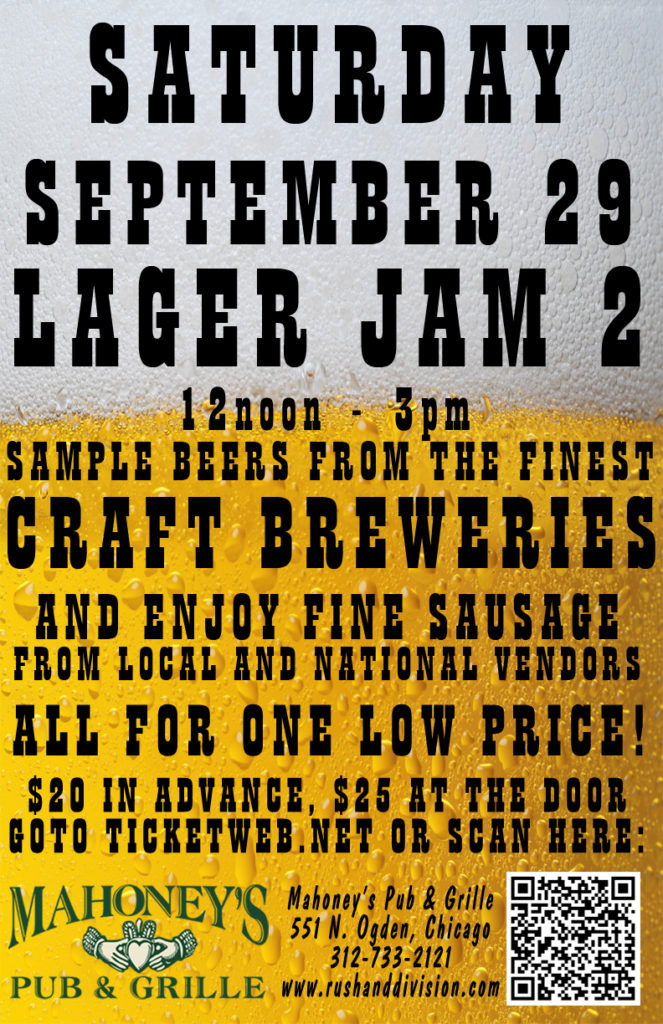 There are two things the three of us here at GuysDrinkingBeer unapologetically love; beer (obvious) and sausages (maybe not as obvious). So anytime a bar is willing to pair the two together we’ll back it 100%.

That explains why we think it might be worth your time to swing by Mahoney’s in Noble Square Saturday for their 2nd annual Lager Jam.

We managed to score an advance copy of both the tap list and the sausage list, and they both look equally awesome.

And the encased meats:

We know this a lot to take in; a lot of beers and some mouth-watering sausages. If you’re unsure about what beer will taste best with what sausage then you’re in luck because we have a few pairing suggestions compliments of sausage aficionado Karl:

Summer Sausage seems to make sense with the Goose IPA for some reason.

Brat’s gotta go with the Oktoberfest.

When: Saturday, September 29th from Noon to 3pm