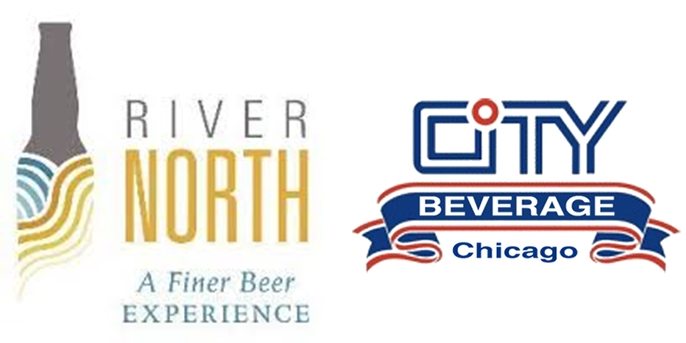 The planned buyout of wholesalers City Beverage and River North Beer still have a hurdle or two to clear before the two can become one: including approval from the Illinois Liquor Control Commission. On October 31st — one year after the Commission rendered the controversial decision allowing Anheuser-Busch to retain a minority interest in City Beverage — the Hand Family in Tennessee and BDT Capital Investments, based in Chicago, announced plans to buy City Beverage and River North. Anheuser-Busch gave the deal its blessing a few days later.

The pair hope to close on the deal by the end of the year but, as of right now, aren’t on the docket for the Illinois Liquor Control Commission’s hearing on December 12th — their last of 2013. A Commission spokesperson tells us no applications have been filed yet with the ILCC.

If all goes through as planned, BDT — which owns a 70-percent stake in City Beverage — will team up with the Hand Family to buy River North outright from Yusef Jackson. The Hand Family then will purchase A-B’s remaining 30-percent stake in City Beverage forming a powerhouse wholesale network in the Chicago area. City Beverage has long been thought of as Anheuser-Busch’s ticket to a greater share of the Chicago market, which is why A-B fought tooth and nail for over a year to retain their minority ownership interest, but majority control, over City Beverage. There are four City Beverage locations in Illinois: Arlington Heights, Chicago, Markham and downstate Bloomington.

3 Sheeps Brewing Owner Grant Paul, who recently signed a distribution deal with River North, tells us he’ll keep a close eye on how the merger plays out but remains optimistic. “I love working with River North because of the people,” said Pauly. “At this time, it looks like that aspect is not going to change with the ownership change. I think the potential is there for this new organization to mesh very well with 3 Sheeps Brewing, allowing us to keep growing and having quite a bit of fun along the way.”

A-B’s sale of City Beverage, if you’ll recall, is mandated by state law. This past spring the Illinois legislature passed a bill, which the governor signed into law, prohibiting a brewer from owning a distributor. The bill specifically targeted Anheuser-Busch’s interest in City Beverage. The new law requires A-B to sell off its interest by January 1, 2015.

In an exclusive sit-down with Associated Beer Distributors of Illinois President Bill Olson, who is retiring at the end of the year, he talked about that bill and the future of City Beverage. Olson, days before this deal was announced, expressed pessimism that A-B would follow through on the new law fully expecting them to drag their feet.

Now the whole question is they have to meet that mandate of January 1st, 2015, to be out of that business. What happens if they don’t get out of the business? Then you have to go back through this whole license revocation procedure because they won’t qualify and you revoke their license and that goes right back before the Commission. I don’t think this is a done deal yet. As far as I’m concerned, Anheuser-Busch’s position — all along — going back to the early days of SB 754 was to stall. “We don’t need to do this, this year,” they kept arguing. And they’ve continued that, off-and-on, in variations of it.

GDB: It sounds to me like, even thought they came to you conceding defeat on this issue, that perhaps there isn’t a lot of trust in them to follow through on it.

Olson: There’s a lot of trust in them from a lot of people, but not everybody. They made the commitment in front of Senate President [John] Cullerton (D-Chicago) that, that was the deal. They would be able to divest themselves of their interest if they were just given enough time and that time was agreed upon by them that they could meet it and President Cullerton is well aware that was their commitment.

You can read more of my sit-down with Olson next week; including his thoughts on how partisan the politics have become in Springfield, why he thinks he was duped by the owner of a Chicago brewpub during the SB 754 negotiations and why the organization is hesitant to agree to a higher barrel production cap in order to obtain and maintain a Craft Brewers License.