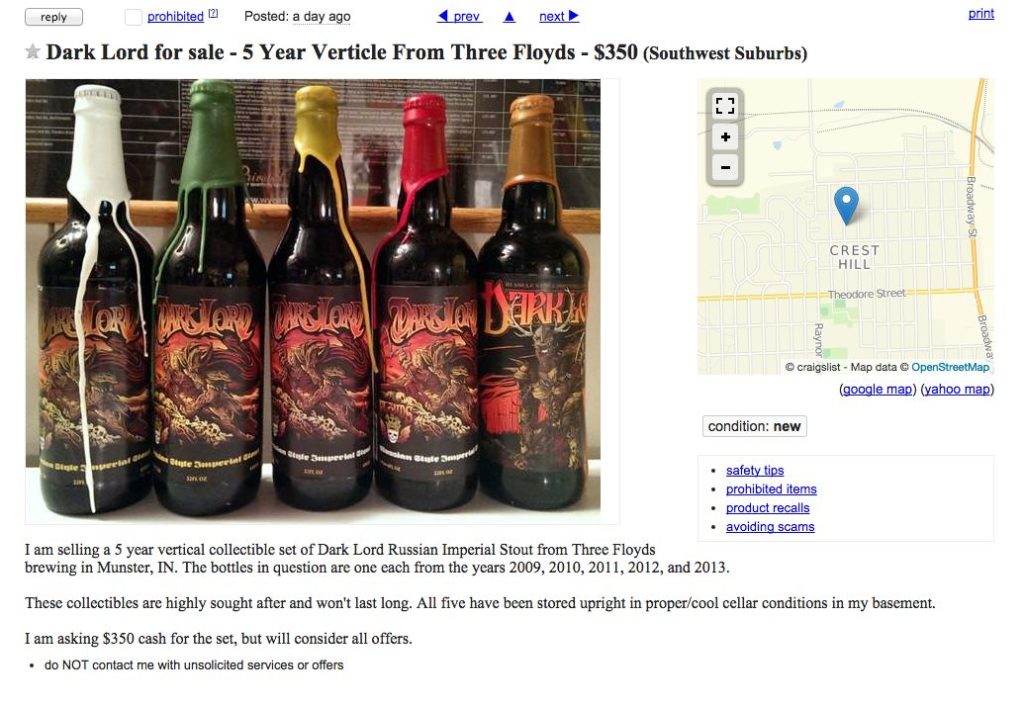 Dark Lord Day 2015 has returned, a date that can bring out the best in the craft beer community — a friendly gathering amongst thousands of beer fans, a massive bottleshare, music and a celebration of the more open-minded among us — and like clockwork, every year it brings out the bounty hunters.

Independent of our thoughts on whether or not Dark Lord Day remains relevant, if we were the ones standing in line for hours, getting drenched and freezing, just to pay for the privilege of purchasing a few bottles of this stuff, it would probably chap our ass to see people get their hands on it just by peeling off a few hundreds to some guy on Craigslist.

Below are the more egregious ads we spotted popping up over the weekend. To the individual in New York who’s offering $275 to have someone send him/her one, you’re not helping. (Although the 2009-2013 vertical is just a little tempting…) 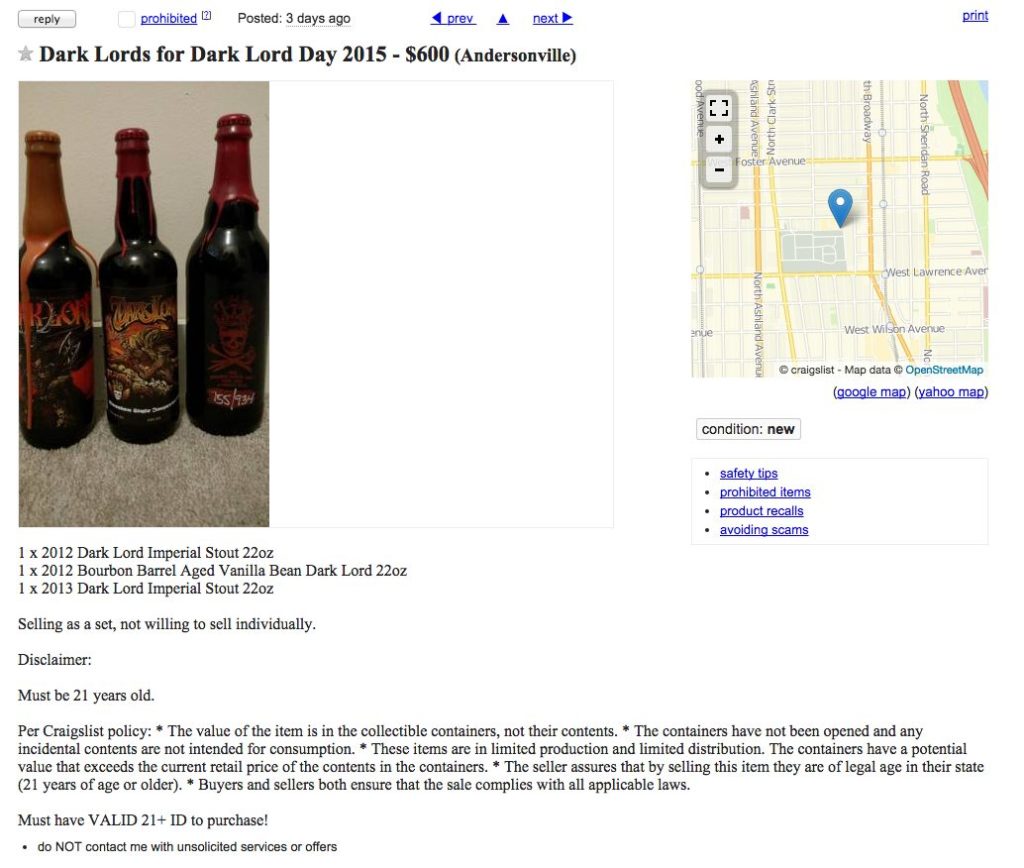 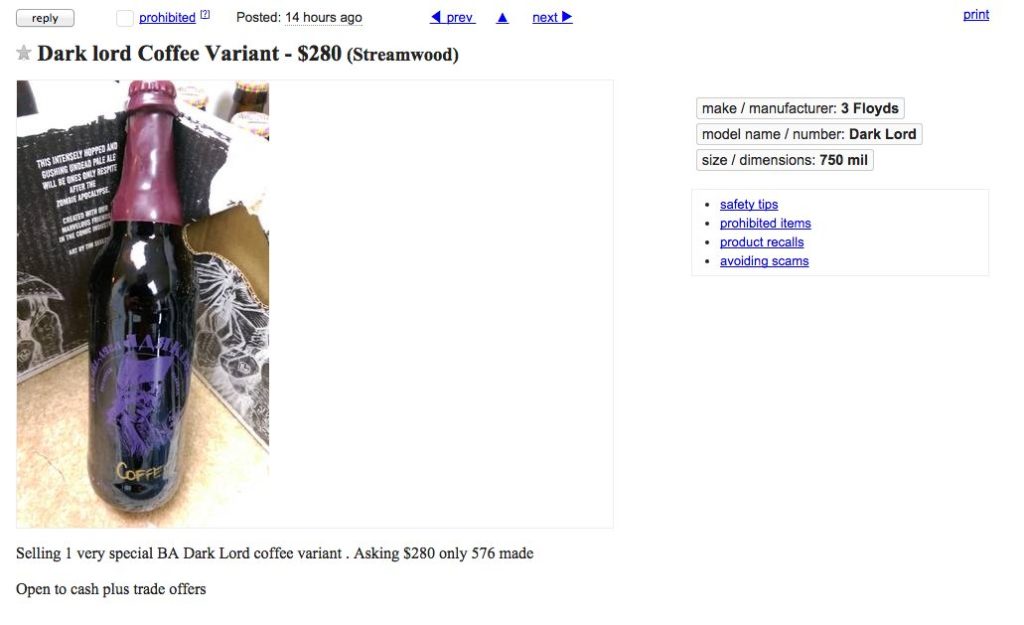 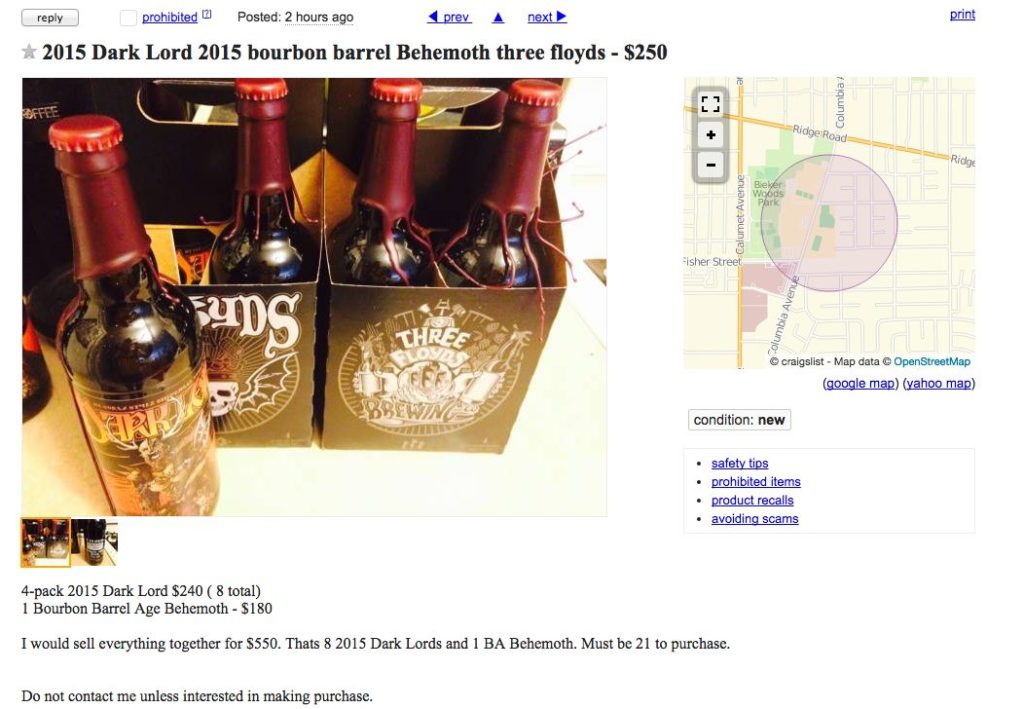 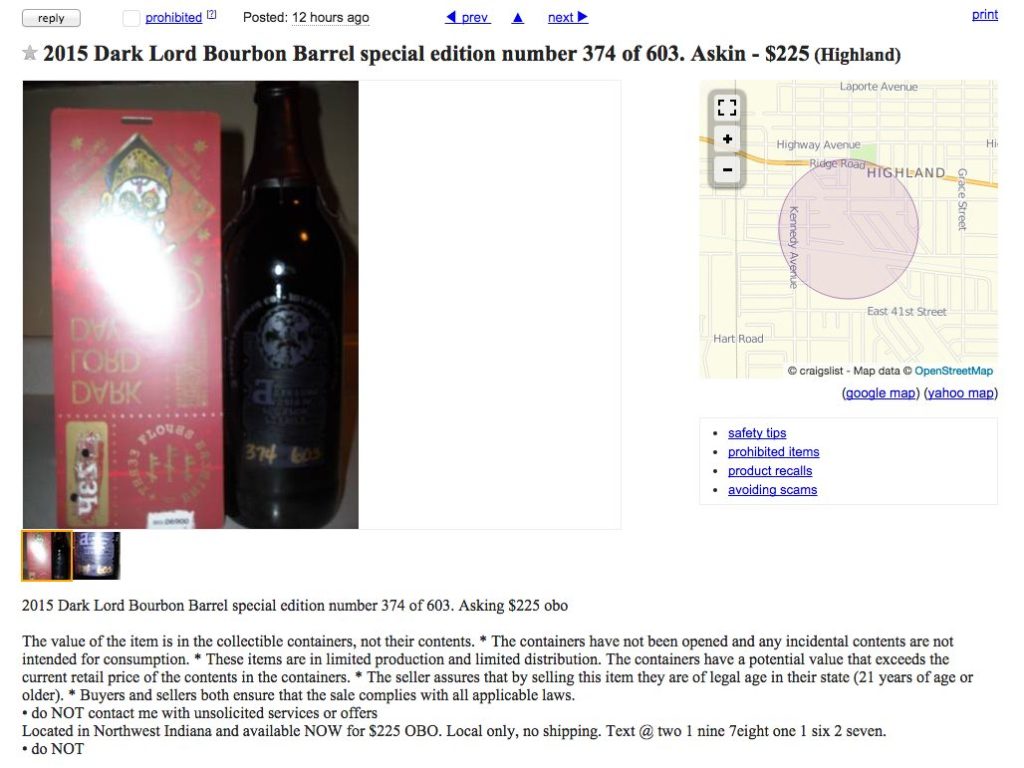 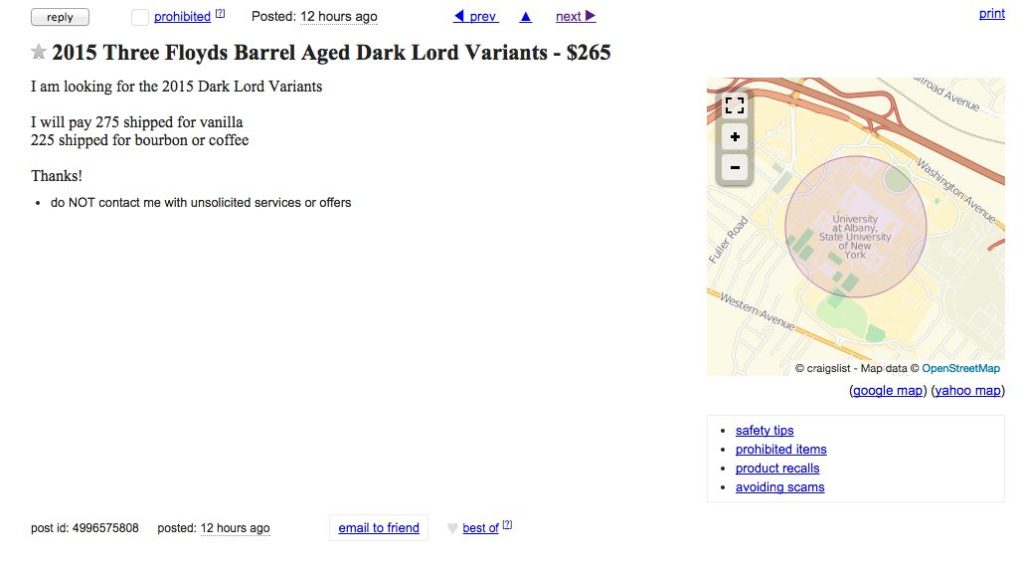 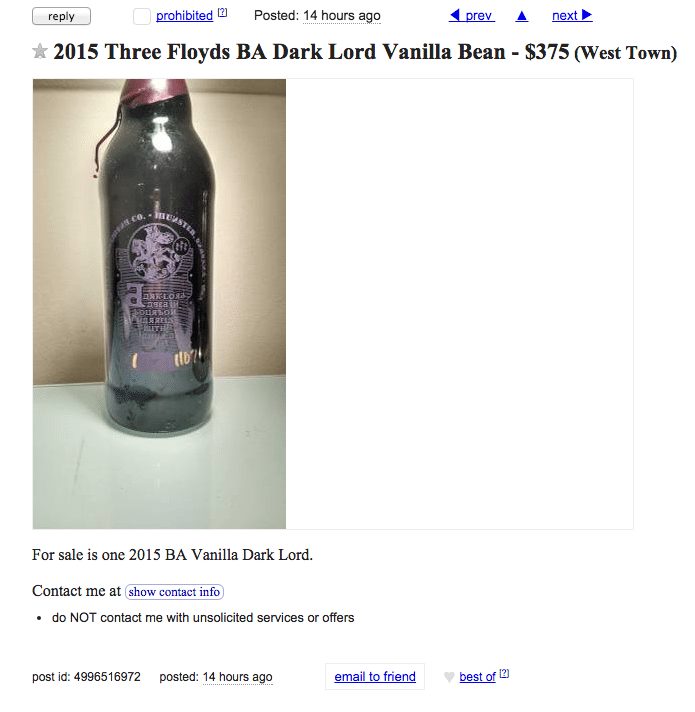 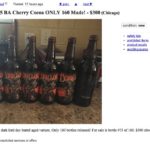 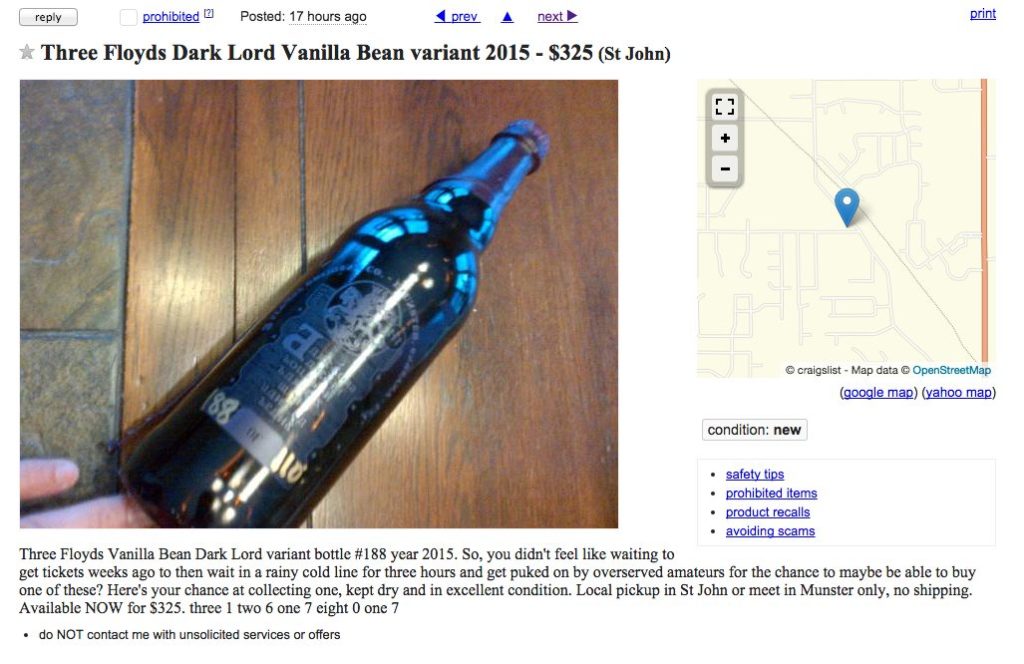