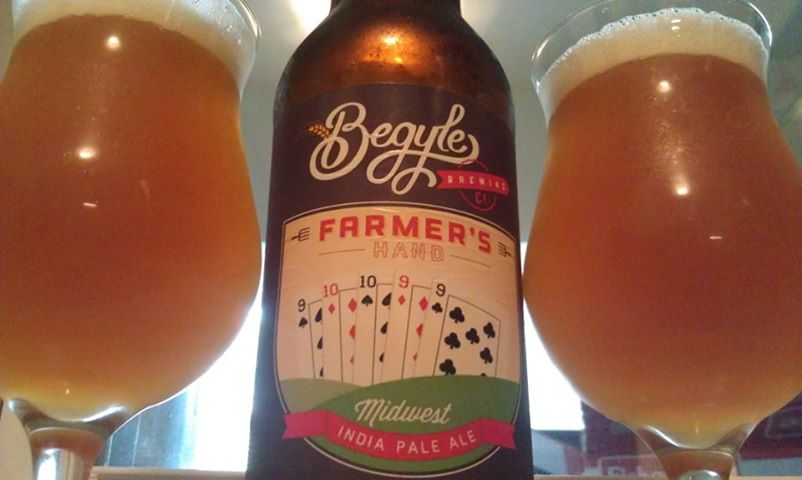 Last fall I stood before members of the Associated Beer Distributors of Illinois to talk about an emerging trend in Illinois at the time, the neighborhood brewery.

A sit-down a month or so prior with Begyle Brewing to hear plans for their community supported brewery sparked the idea. And nearby Spiteful Brewing, Lake Effect Brewing in Chicago’s Portage Park neighborhood, 4 Paws in Andersonville and downstate player Kaskaskia Brewing Company helped bolster an argument; that many of the new breweries opening in the Chicago area were looking to serve a specific community and wouldn’t need a distributor out of the gate.

All of these breweries had a few things in common: (1) they were all brewing small batches of beer, (2) all of them were self-distributing and (3) they were all planning to keep their distribution footprint to within a few miles, or less, of their brewery.

Fast-forward to today and it’s hard to go very far in the North Center or Roscoe Village neighborhoods without finding Begyle or Spiteful’s beers on tap or in bottles. This could be why I may have taken the concept of the neighborhood brewery for granted, what with the plethora of craft beer aware bars and bottles shops within a mile or so of where I live. Thankfully Begyle’s IPA, brewed with hops from Michigan and Wisconsin and featuring pleasant notes of oranges, tangerines and passion fruit on the both the nose and palate, was there to remind how good we have it in Chicago.

Follow me, if you will, on the short journey to find Farmers Hand IPA. It’s more of a journey in steps than miles, which makes it all the more unique.

We’ll start this story with a few points on a map: Begyle’s brewery, the beer store Bottles and Cans and approximately where I live.

It’s also worth pointing out that Begyle self-distributes its beer in one of the most creative ways possible. 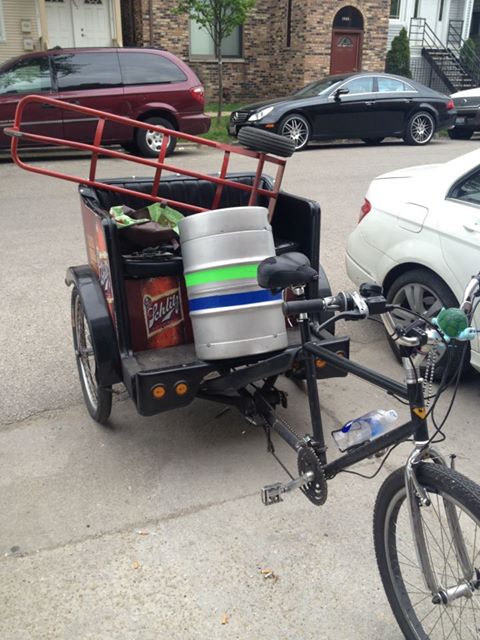 They can do this because they are delivering their product to bars and stores that are within walking distance, or in this case, a short bike ride from the brewery.

Not knowing the exact route Begyle traveled, we can guesstimate that the bottle of Farmers Hand I drank got to Bottles and Cans like so: 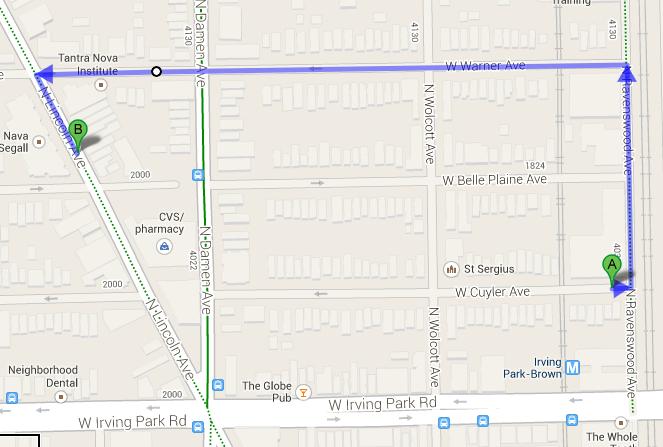 So the beer traveled all of a half-mile to get to Bottles and Cans, which is where I happened across it last week. From Bottles and Cans it was a mere nine-tenths of a mile before I was home.

As the title suggest, from brewery to tulip glass in less than two miles. In fact, it was less than a mile-and-a-half.

I suspect you’re thinking, “big whoop. You walked to buy a beer that is brewed around the corner from your house. What’s the big deal?”

I’ll tell you what the big deal is: It’s exactly why the practice of self-distribution is so vital and the concept of the neighborhood brewery is so cool. If a distributor was responsible for getting that same beer from Begyle to Bottles and Cans it would have traveled from the brewery to the distributor’s warehouse, where it would have sat for a few days, and then gone out for delivery.

Using Chicago Beverage Systems as an extremely close example, here’s how far this beer would have traveled: 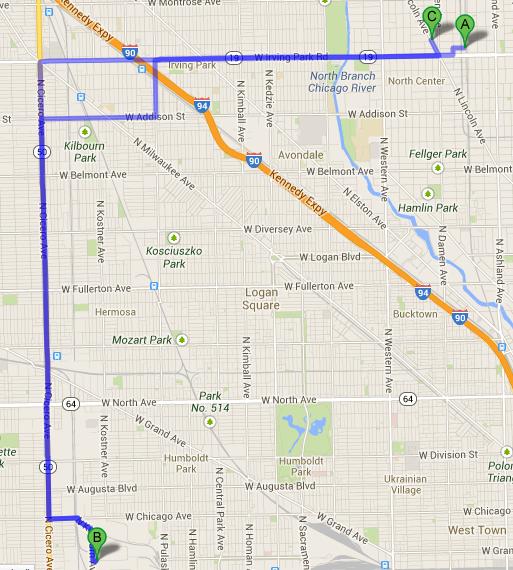 That’s 17 miles round trip, plus a few days for the beer to be scanned in and “rest.” Other distribution outlets would have made that beer travel even further.

Now this isn’t meant as a knock against distributors — they do provide an essential service, regardless of your opinions of the three-tier system as a whole. Rather, it’s meant to provide a deeper appreciation for your local brewer and how they get their beer into your hands.

Begyle Farmers Hand: From Brewery to Pint Glass in Less Than Two Miles, And Why It’s Important was last modified: February 6th, 2018 by Ryan