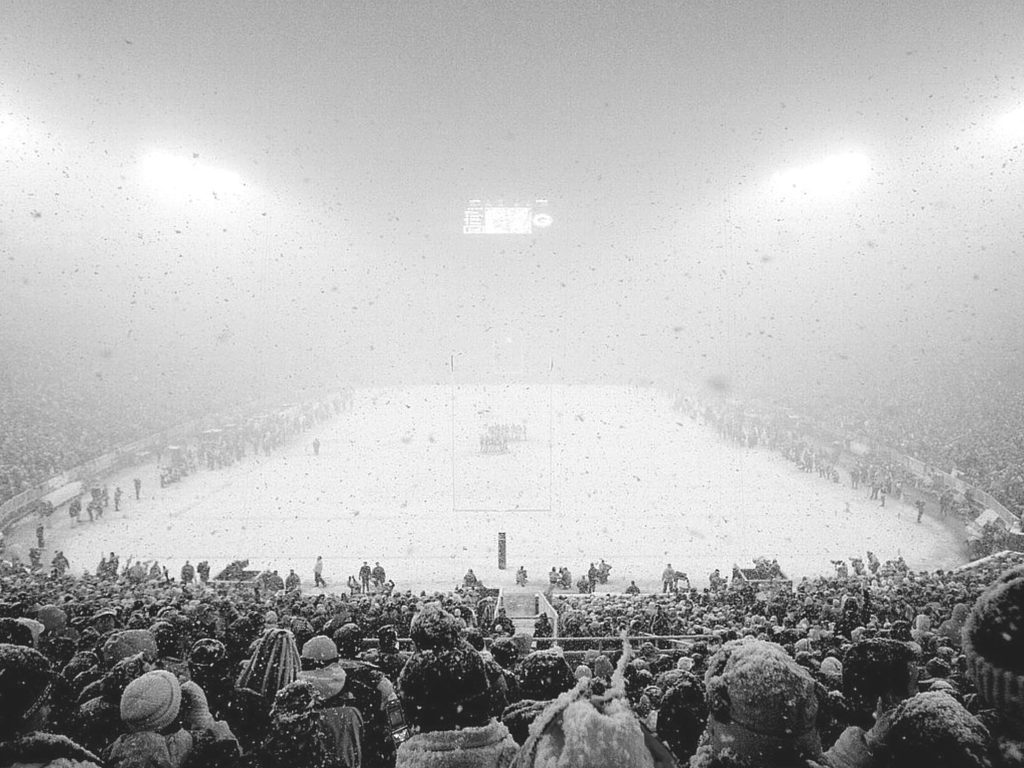 Heading to the Bears game Thursday at Green Bay? Not sure where to drink? We’ve got you covered. 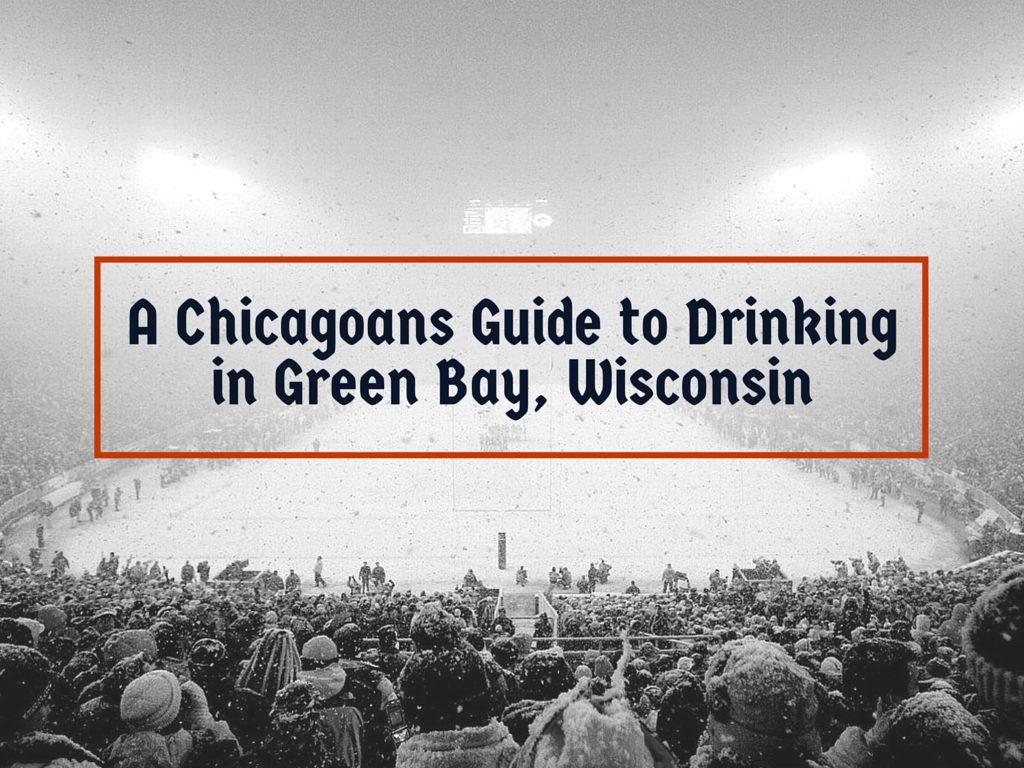 A stumbling Packers team that only Sunday got things back on track.

A rebuilding Bears team that hasn’t looked terrible, exactly, even amid losses.

So you’re thinking maybe the drive up I-94 to I-43 might be worth it this year. And, if you’re reading this blog, you’re also likely thinking: but can I also turn it into a worthy beer-focused road trip?

A recent trip to Green Bay revealed an emerging world of craft brewers – from solid breweries with a couple of decades of experience under their belts to seriously impressive brewers who opened their doors barely a year ago. My trip didn’t afford me time to hit Badger State or Leatherhead – a return trip is in order – but I was able to grab a flight and take in the ambiance at Green Bay’s three other breweries: Titletown, Hinterland and Stillmank. And they bring such distinct vibes to the party that it’s gotta be impossible not to find your niche somewhere among them.

Take, for instance, Titletown Brewing. The brewery first opened in an old railroad depot in downtown Green Bay in 1996. With the taproom now housed across Donald Driver Way in part of a massive former canning factory, the space is loud and fun and filled with 20-somethings. 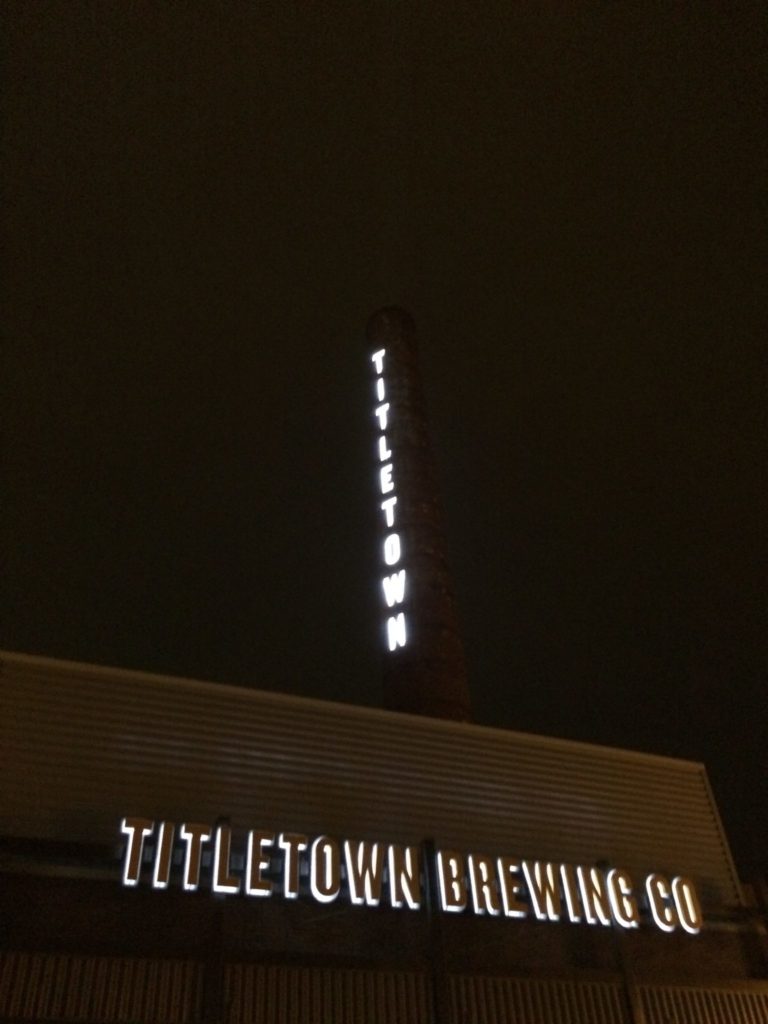 The night I was there, a fresh game of bags or ping-pong had apparently recently wrapped up and there were crowds of young, enthusiastic friends at the bar. The taproom, which opened in 2014, is big, open and airy, with windows overlooking a resurgent Broadway downtown – an area a local told me wasn’t the most inviting place just a few years ago. There’s even a rooftop area to enjoy when it’s warmer, amid trendy lofts and offices and a fresh-food driven Cannery Public Market, in the old canning factory. Titletown has a nice gastropub menu, with elk burger, salmon salad and the obligatory cheese curds, not to mention an occasional batch of Booyah – a Northern Wisconsin favorite – bubbling in a pot.

Titletown’s most popular beer was also my favorite of theirs – Green 19 is a 60 IBU IPA that does a nice job of balancing hop bitterness with sweet malt. But if you get a chance to try the 400 Honey Ale, that’s worth your time, too. Wildflower honey blended in their golden blonde ale goes down nicely and it’s named after the passenger train Chicagoans once took to come to watch the Bears play in Green Bay. Of course, it wouldn’t be Titletown without a nod or two toward some Packer greats. So if you can get over the fact that Johnny Blood Red is named after Johnny “Blood” McNally and Canadeo Gold is named in honor of Tony Canadeo, they’re both worth trying, as well.

Directly across the street – but worlds apart in atmosphere – is Hinterland Brewery. It took me a minute to find the door, until realizing it’s back patio serves as the main entrance. Even, then, however, I paused to make sure I was in the right place. 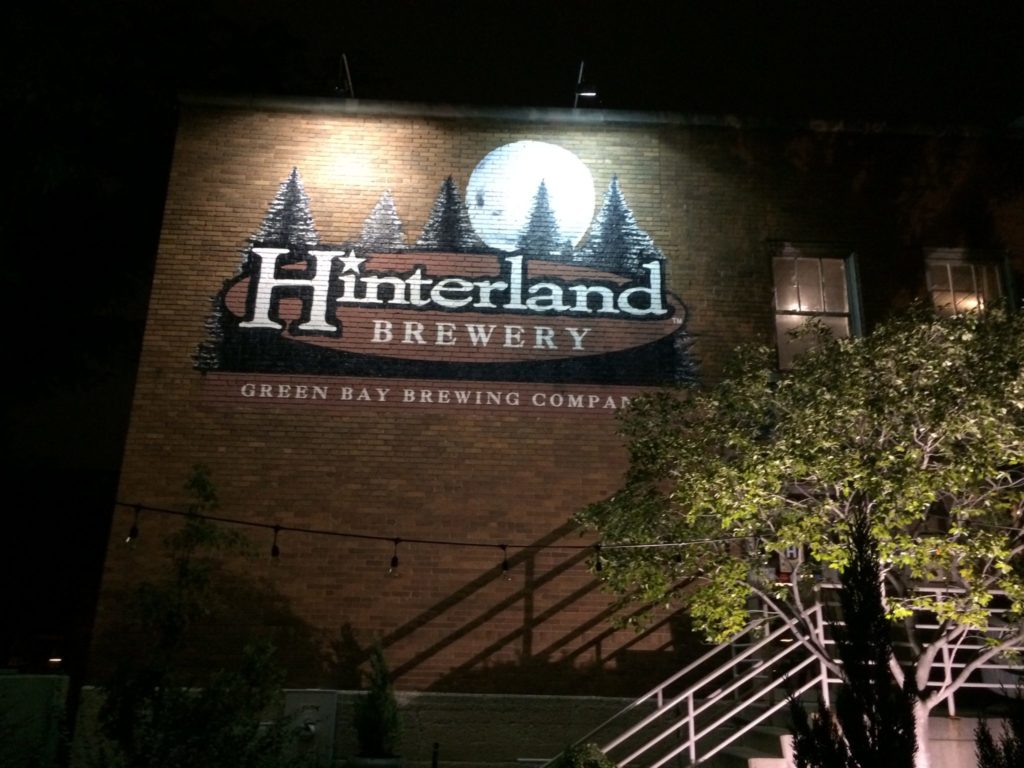 Make no mistake, those beers you see on shelves here in Chicago are all being cranked out from a small space that could pass for a higher-end West Loop restaurant. Sure, more and more brewpubs are taking a moment to focus on their food menu, but I’ve never experienced a brewery with such an amazing culinary program – one that can easily stand on its own in creativity, freshness and incredible taste. Bill and Michelle Tressler might have had a brewery in mind when they first opened their doors at an old cheese factory in 1995, but what it’s become is something far beyond that. The ambiance is first class – muted lighting, dark wood tones and more couples enjoying a flight with their dinner than crowds of beer chugging happening here. Hinterland has a seasonal menu that currently includes highlights like mahi, bass, quail and elk tenderloin.

But it is, after all, a brewery first and this isn’t Guys Eating Seriously Good Food (though maybe we should?). And Hinterland is about to move from its 9,000 square foot restaurant/brewery into a space across from Lambeau Field that is 20,000 to 25,000 square feet, allowing them to nearly quadruple production to around 20,000 barrels a year.

During my visit, they had their IPA not only on tap, but also on the nitro. I’m not usually a fan of IPAs on a nitro, but this one worked. The nitro muted the hop bitterness and gave it a uniquely different taste. Another IPA with a twist – White Out – was a favorite, as they barrel-aged it, giving it a hoppy, yet sweet, and bourbon-y burn all in one sip, as vanilla, citrus and bourbon blend. And though I’ve had their Grand Cru in bottles, it was even better fresh on tap, with the traditional spicy coriander warming its way through you.

As I made my way out of town, I made a point of swinging by a brewery I’d not heard of before – Stillmank Beer Company – and wouldn’t you know it, it’s the one I really enjoyed the most. It’s young, it’s quaint and it’s just a tasting room for now, but the owners are so hands-on in all that goes on, it’s impossible not to pull for them to succeed. Oh and the beer is mighty good, too.

Brad Stillmank began brewing beers three years ago at the 2nd Street Brewery in Milwaukee before opening his own place on the east side of Green Bay last year. The certified Cicerone worked at breweries in Colorado, including Ska Brewing, before coming back home to Wisconsin and trying it on his own. Located in an old construction supply warehouse, it’s 9,000 square feet, giving it a comfortable, homey feel. It’s the kind of place where you might be swapping stories with a guy at the bar, only to learn it’s Peter Stillmank – Brad’s dad – and he’s leading you through an impromptu tour of the place. They’re incredibly proud of what they’ve got and they should be.

Their flagship beer, Wisco Disco, is a solid ale made up of five malts and four hops, with a touch of lactose smoothing it out. It’s like a complex amber, maybe, but it’s good. The Double Disco, an Imperial Pale Ale released in commemoration of their April anniversary, was available on tap all summer and might still be floating around in bombers. It’s worth hunting down. Their Super Kind is a light, citrusy easy drinking IPA, while Killer Bees was fun – a 5% rye beer infused with fresh jalapeno.

And if the family atmosphere and quality tap list isn’t enough to convince you to swing by during your visit, Stillmank will be hosting a Kegs & Eggs event on Black Friday morning.

Drinking Across the Frozen Tundra: A Chicagoans Guide to Green Bay, Wisconsin was last modified: April 15th, 2021 by Steve