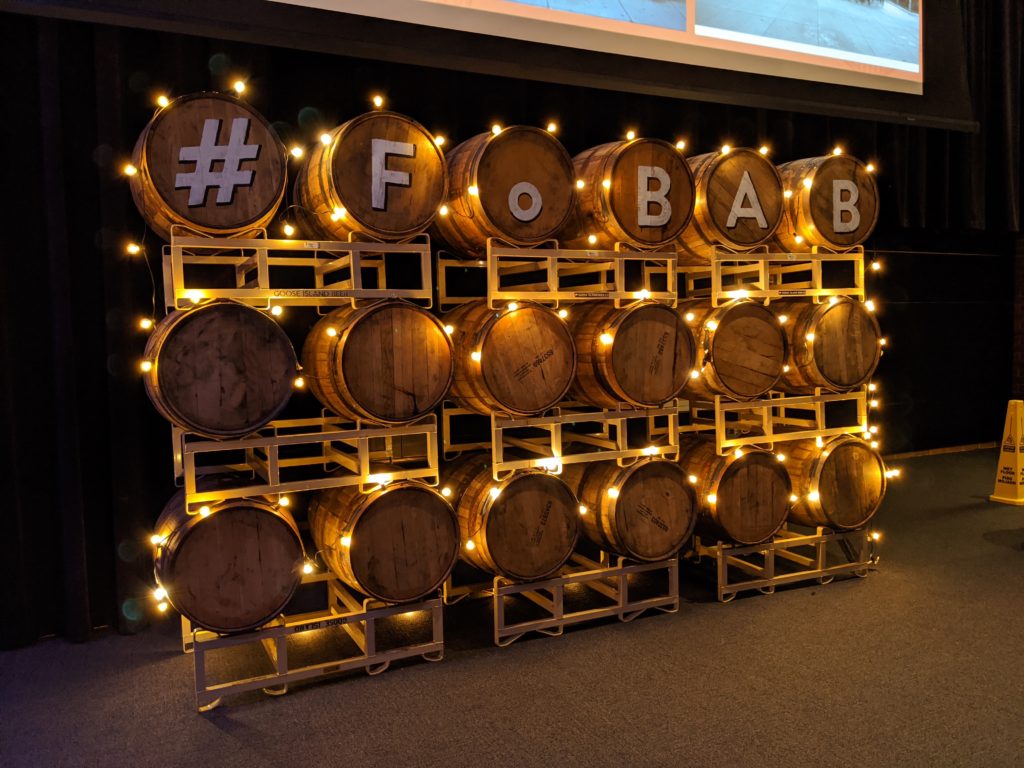 It’s not a surprise. But it still sucks.

For the first time since its start (we assume, the first few years are a bit fuzzy) the annual Festival of Wood- and Barrel-Aged Beer, FoBAB 2020 is cancelled. We all know why.

Per a release from the Illinois Craft Brewers Guild today:

“As we continue to prioritize the health and safety of our guests, breweries, staff, and volunteers, we recognize that hosting an in-person event is neither realistic nor responsible. To that end, we are sad to announce that the festival portion of FoBAB has been cancelled. But that doesn’t mean there won’t be barrel-aged beer in November…”

This was 100% expected, and if there’s any upside to the cancellation of FoBAB (other than the health and safety of all the people who otherwise would have gone, myself included) it’s that this year will likely see more barrel-aged beer in cans and bottles on retail shelves than ever before. Is it impossible to imagine crowlers and crowlers of draft barrel-aged experiments heading out the front door of taprooms and bottleshops? Not at all.

In fact, I’m hoping that if nothing else, this year helps raise the bar for all the barrel aged beers coming out in 2020. Now it’s not just a crazy experiment to throw at FoBAB and see what happens — now breweries may have to actually sell this stuff. And generally that means some extra attention paid to things that otherwise might just get called “Malort-barrel aged.”

The other good part — the competition will go on as well. Per the Guild:

“This year, participants will ship their FoBAB entries to Illinois where they will be judged by a panel of approximately 50 industry leaders and certified craft beer judges – in accordance with all applicable health, safety and social distancing standards. The FoBAB award ceremony, a fan-favorite each year, will be hosted virtually in mid-November.”

…at least we might have some more barrel-aged brews to safely sip from the comforts of our own home.