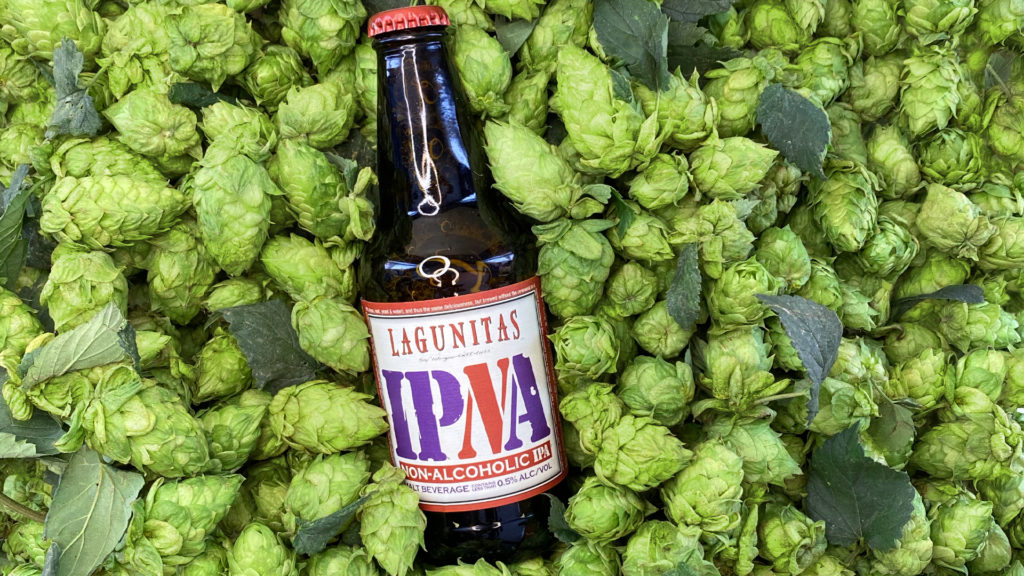 The global king of IPA is rolling out a non-alcoholic version just in time for Dry January.

As I sit here at 9am, I’m writing and drinking an IPA.

I can honestly say this is something I’ve never done before (beer writers are not totally round-the-clock debaucherous). I’m only doing so because I’ve been provided samples of the new non-alcoholic beer from Lagunitas, appropriately named IPNA.

Despite a December 2020 release, Lagunitas isn’t a latecomer to the non-alcoholic beer-approximate space. Remember earlier this year when NA or low-ABV everything was the big trend of the year? Yeah, that was a fun couple months. In fact, one of the last things I wrote before the world shut down featured Lagunitas‘ Hoppy Refresher — sparkling water with a blast of hops and a touch of sweetness. I liked it more than I expected to; it’s a nice midpoint between too-sweet seltzer water and a regular beer.

As for the Lagunitas IPNA? According to brewmaster Jeremy Marshall (via a provided press release), the near-beer features Mosaic, Citra and Centennial hops. There’s also two kinds of grains and the same general color profile as the normal IPA. “The body is lighter, but there’s still enough bitterness and backbone to let you know you’re drinking a craft beer,” Marshall said.

Is that really the case, though? Well, mostly. I’ve now had the chance to sip through a couple bottles of IPNA. While it took a while to wrap my brain around it, I think they’ve got something here.

The aroma definitely lines up with what you want from an IPA — pine needles and spruce boughs pop off the neck instantly. Carbonation-wise, I got very little head retention despite a little zip of CO2. Given the work that goes into stripping alcohol from a beer, there’s far less heft here versus a regular IPA. Still, it somehow doesn’t venture into full-on “watery” territory. One of the bottles had a lot of dull cardboardy oxidization, and another did not; your mileage may vary. I’ll chalk that up to the perils of shipping.

As for the hop character — the make or break in any IPA, alcoholic or not? Honestly it’s pretty successful — it’s without a doubt the most advanced I’ve had in a non-alcoholic beer. There’s some definite pine bitterness and bright spearmint popping around the palate and citrus notes are kept to a minimum. (That’s great for those days where you crack one after brushing your teeth — like I did.) That said, I got a not-insignificant dose of vegetal character on the tail end.

Per the provided release, they tested this in their taproom for a year before deeming it ready for distribution. And that, I think, is the perfect place for this beverage. Maybe once we get back to regular life, and we’re able to wile away hours in a taproom or a bar, and you’ve had three or four beers already…maybe you need a bit of a break? Grab yourself a Lagunitas IPNA and continue to enjoy the flavors of beer without heading further towards getting too faded.

Under non-drinking circumstances I’d probably skew towards having a Hop Refresher. But if my palate’s already on beer? This fits.

Will Dry January be a thing in 2021? Given the way of the world lately, I’m not sure those of us who regularly indulge will be rushing towards any periods of casual sobriety. But as a bit of a breather in between full-powered stouts and triple IPAs? There’s surely a place for the new IPNA.

REVIEW: Lagunitas IPNA was last modified: May 19th, 2021 by Karl