Behold, a new way to find Beer to Revere. 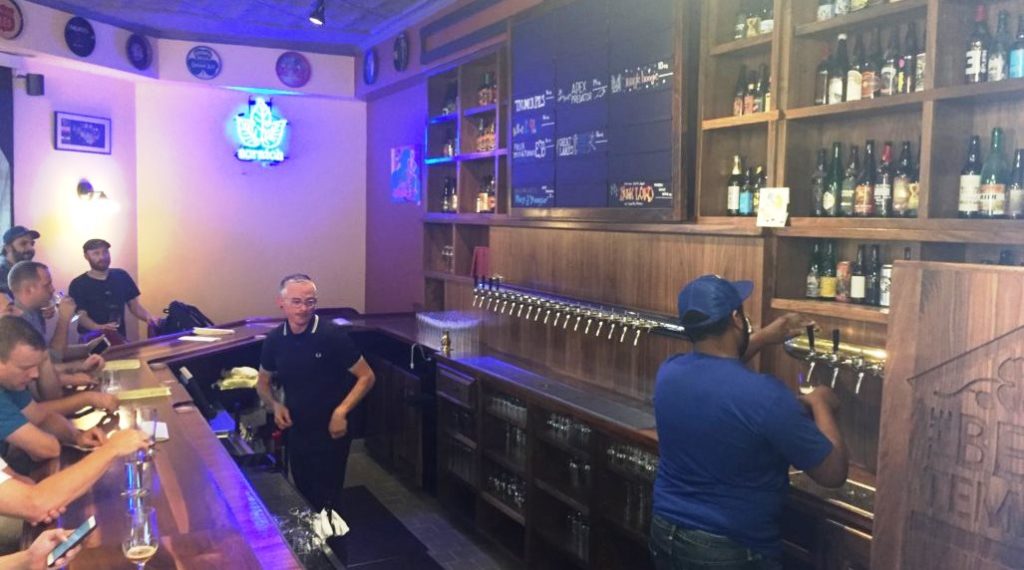 Since its opening in early 2013, Avondale’s Beer Temple has been a go-to source for certifiably fresh bottles and cans of beers from around the globe, and hard-to-find selections from across the country.

They haven’t been able to pour any of that beer from draft lines, though…until now. This week, a new phase of the Temple’s life started with the opening of the new taproom on Tuesday — and the bottle shop / beer cave opening today.

When we spoke to owner Chris Quinn about the new facility in April, he told us about a number of details that make the taproom and shop unique. It’s essentially a “slashie” — a bar and a liquor store, turn left for package and turn right for the taps — in an update of the old Chicago tradition. You’ll be able to make purchases at the bar and bottleshop on the same tab — if, for instance you try something on draft and want to pick up a bottle for home in one simple transaction. The dual stage cooler allows beers to be poured how they should be, as do the nitro lines and cask/real ale handle.  You’ll be able to drink the most well-treated beer in Chicago at the Beer Temple Taproom.

Here’s what we saw — and tasted — when we visited on a quick soft-open trip last weekend:

A pint of a mighty fine temperature appropriate English bitter:

After christening the bar with a first pour of Bell’s Two Hearted, I wanted to try the taproom’s vaunted and aforementioned two-stage cooler and the first selection from it didn’t disappoint. The pint of Fuller’s ESB poured at about 45 degrees was in tip-top shape and I look forward to the parade of English milds and other malt-forward beers that’ll pour from those lines.

A bitchin’ collection of new neon:

If you’ve been following their Instagram, you know that these neon signs were specially made for the taproom based on brewery logos from Scratch, Omnipollo and Marz Brewing — and in the case of Half Acre’s, a special design from brewery artist Phineas X. Jones.

A wall of dead whales with selections from Hill Farmstead to Cantillon to a dozen Dark Lords, and everything else in between.

Our favorite? The Bell’s Batch 1500 hiding amongst the rest of the crazy BCS and KBS bottles packing the shelves.

A opening-day tap list of some of the best beers on earth – not just the most hard to find.

If you want to get an idea of what beers Quinn loves more than any others on the planet, you can look to some selections on the opening day draft selections.

Fullers ESB. Great Lakes Edmund Fitzgerald Porter. Sierra Nevada’s Pale Ale. Anything from Scratch. You think these are here by accident? Hell no. These are here because they represent the best of the style. Additional handles showcase the Beer Temple’s relationships with great breweries and access to great beers — for example, offering pours from not just one of the the few remaining kegs of the top-rated Stay Gold IPA, but from both the Pipeworks version and the Interboro version.

(Listen to a few episodes of the Roundtable to hear at least a few references to any of these beers, though I’d argue for the superiority of Founders Porter by just the barest of margins.) 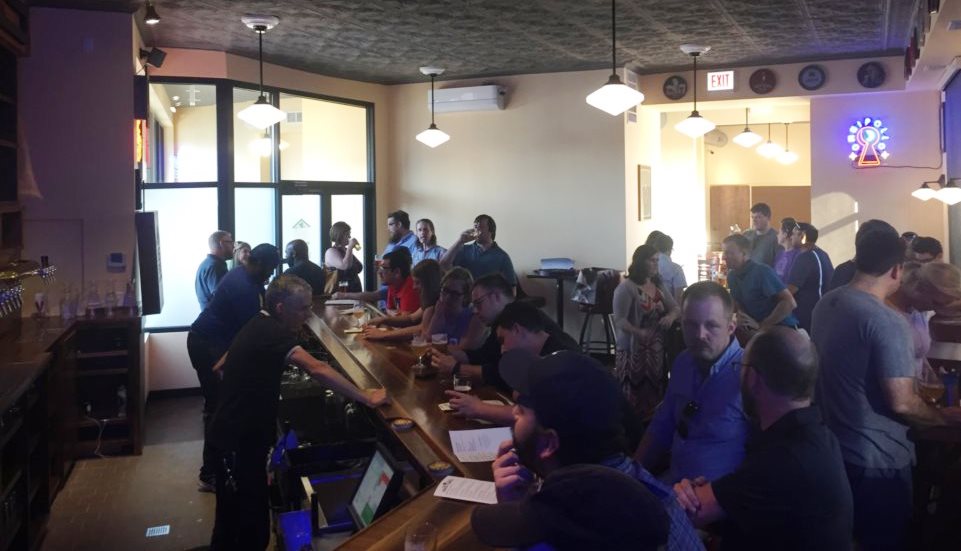 The taproom itself (ie: the room where the bar is) is smaller than I had originally envisioned: about 20ish seats at the bar, a few high top tables. No booths, no mile-long bartop. The additional space surrounding the beer cave, though, is much more extensive and goes further back than expected — two additional seating areas open up behind the taproom which adds a few dozen additional seats and plenty of wall space to add art and brewerania as the years progress — things are kind of bare at the moment but Rome wasn’t built in a day, nor was the Hopleaf.

There’s also space in the back for classes, presentations and potentially future tapings of the Beer Temple’s podcast or even web conferencing with writers and brewers and beer experts for cross-continent conversations about everyone’s favorite subject — and then everyone in attendance can head to the bar for a taste of the things up for discussion.

In a way, the Beer Temple Taproom kind of reminds me of the end of Indiana Jones and the Last Crusade.

The city is lucky to have been inundated with high-concept, flashy, bigger-than-big beer experiences and taprooms and beer bars. Think of places like Howell’s & Hood with a huge Michigan Avenue patio and hundreds of draft lines. Think of the manic dimensions of the Lagunitas beer plant. Think of events like FOBAB and Beer Under Glass and events where you can drink at Soldier Field and in Grant Park. Chain beermakers. Chef-driven breweries and brewpubs. Everything bigger, bigger, bigger.

Those are the flashy, gleaming examples of the Holy Grail that ring the room at the end of Indiana Jones. And the new taproom is more like this: 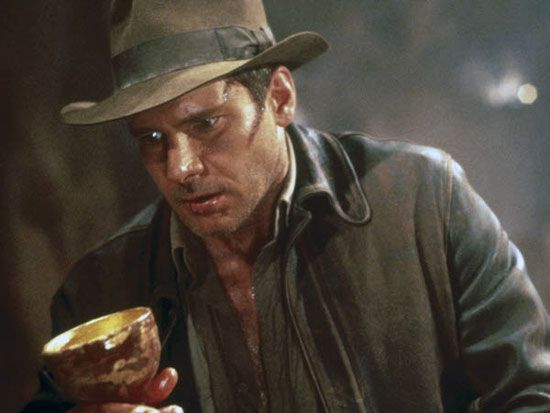 “That’s the cup of a carpenter.”

This, in an uncool neighborhood at a chaotic three-way intersection in one of the biggest cities in the nation, is a small, humble, dark taproom where you can step off the streets and sample some of the greatest beers in the world — at least, if you have tastes that align with the proprietor.

(Not that the other places listed above will make you age a thousand years in 20 seconds like Donovan did via the magic of moviemaking or anything. Please forgive me the dreadfully drawn out metaphor.)

And like the original Beer Temple store was inspired by a beer shop in Belgium, so too does the taproom feel a little foreign still — a little out of line with the big American places with 30 draft lines and 40 flat-panel TVs and huge tap takeovers and rooftop bars and “all of our video games are free play” and “have you visited our sister locations yet” and “have you tried our $16 hamburger” and so on and so on.

And hey, who wrote that Chicago magazine feature with the Beer Temple prominently featured back a few years ago… 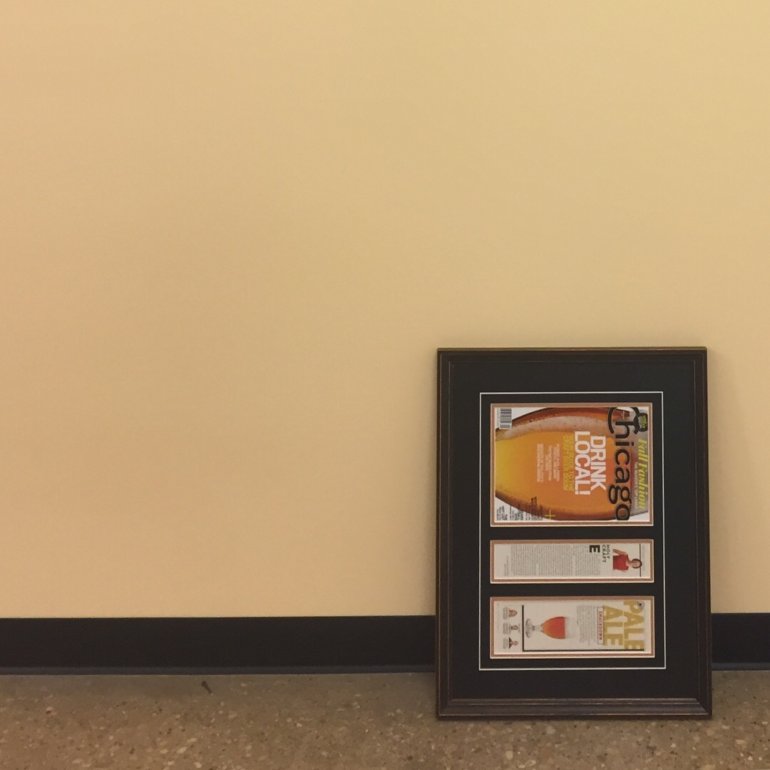 Disclosure: Your humble author has appeared on the Beer Temple Insiders Roundtable radio show/podcast a few times and received an early invite to the taproom’s soft open, which included a few complimentary beers. As you can see above.