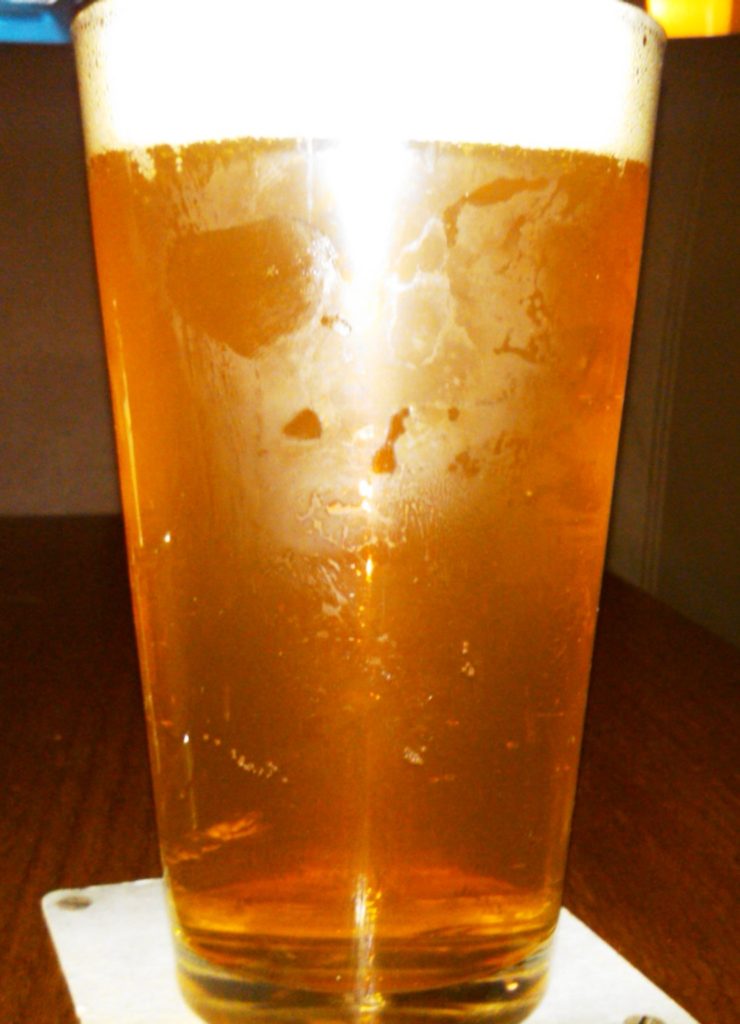 “Way smooth and silky with a nice wheaty-esque-ish-ness. Just the little sumpin’ sumpin’ we all need to kick Summer into full swing!”

Ryan: While I may be waiting till the end of summer to review this, rest assured I drank plenty of it this year.  See, I made the mistake last year of snagging a six pack in early August and then I couldn’t find it anymore.  So I subsequently hated myself until it was released again the following summer.  That’s a lot of time to beat oneself up over missing out on drinking more of this great beer.  So, if you are reading this and have not tried Little Sumpin’ Sumpin’ I am sorry I did not reach you sooner.  Let this be a lesson to you as it was for me last year.  And if you have seen it on shelves stop reading right now, go pick some up, and finish reading while drinking one.

So what’s the big deal you ask?  This beer essentially takes the best of qualities of Bell’s Oberon and Three Floyds Gumballhead and rolls it in to one beer.  While all three fall under the pale wheat ale category Oberon leans on the wheaty side while Gumballhead steers towards the pale ale side.  Sumpin’ Sumpin’ is right in the middle.

It pours a bright orange to copper in color with a finger or two worth of fluffy, white head.  Smells of grapefruit and an orange grove tickle the senses.  Take a sip and you get that splash of citrusy hops along with some earthy hops before it smooths out to some wheaty goodness and finishes creamy and a little bitter.  As with most of the other Lagunitas beers I have sampled the flavors are very distinct.  You know exactly when the hops fade and the wheat character starts to emerge.  Even though the ABV is over 7% you can’t taste a drop of it.  In fact, it is pretty easy to kick back with three or four of these – just make sure you don’t have any plans later if you do.

Lagunitas is a very hop-forward brewery and there is no doubt about it with this beer.  If you have friends that don’t like hoppy beers, have them try this.  I bet they won’t be able to put it down.

(Editor’s Note: Shortly after this review was written Lagunitas announced, via twitter, that Sumpin’ Sumpin” would be available in select markets year-round.  There was much rejoicing.)