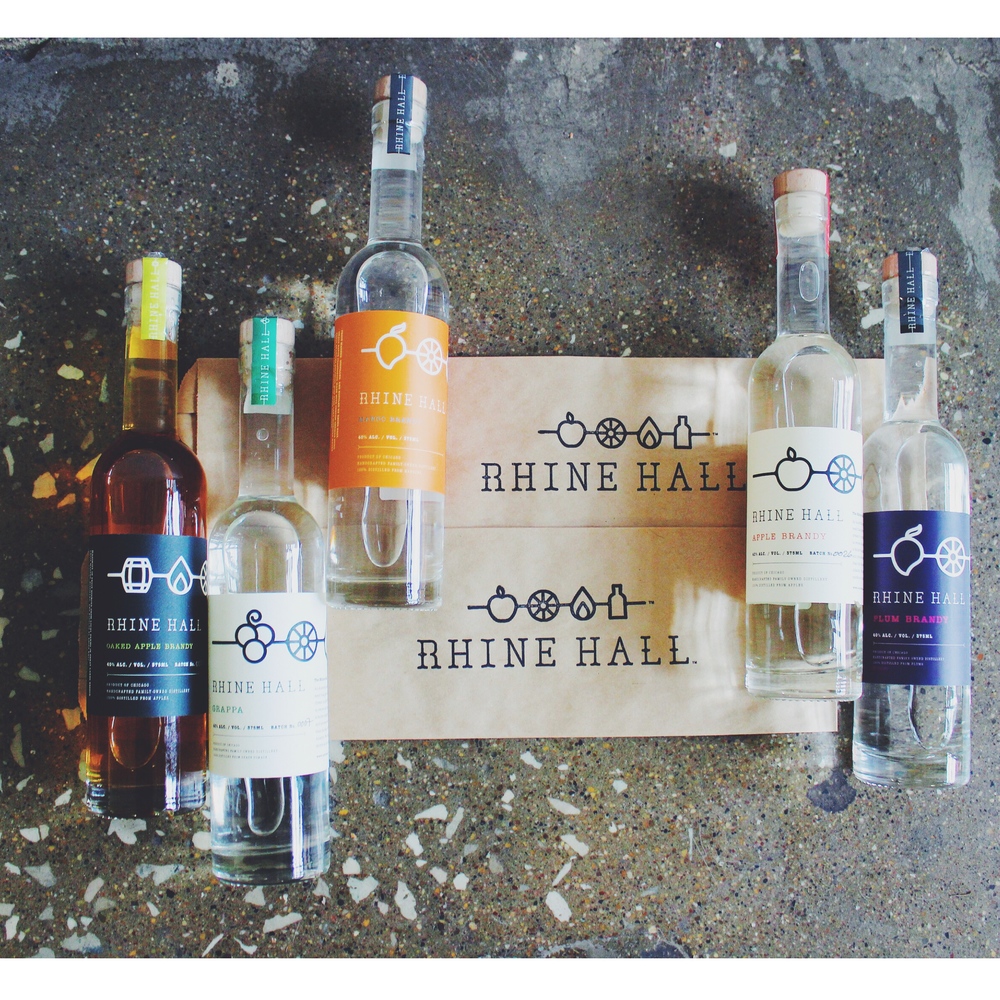 Has Bourbon County Stout now quietly become a liquor as well as a beer?

We received a press release this week that caught our attention due to the … shall we say, vagaries of its description. Spirits made from Chicago beers aren’t anything new — both Ale Syndicate and then-Atlas have paired with CH Distillery to make gin versions of their beers — but this one from Rhine Hall is a little different.

Rhine Hall, located in the city’s West Loop, emailed to let us know that they were making a special liquor made from beer. A beer from, as they describe it, “a brewery neighbor of ours on Fulton Street in Chicago.”

Now, we all know that Goose Island isn’t shy about publicity, so I thought it was a little weird that no brewery was specified, especially since Rhine Hall specifically named it as a stout beer. I emailed back to ask if they were able to divulge the name of their neighbor in question, and if so, was that beer they used specifically Bourbon County Stout?

The response I received from the Rhine Hall contact was equally opaque:

“Unfortunately, we’re not able to divulge the name of the brewery or specific beer…However, I can say that this is a barrel aged stout beer that we distilled from a brewery on Fulton Street in Chicago.”

So, there you have it. It’s not specifically Bourbon County Stout, but it’s not not BCS either. Get it?

If you want to try this spirit distilled from a beer that may or may not be Bourbon County Stout but definitely hasn’t been eliminated from contention, the full press release is below:

For the first time, we distilled a stout beer from a brewery neighbor of ours on Fulton Street in Chicago, Illinois. What started as an experiment rooted in neighborly fun has now become our newest product to hit the shelves: Rhine Hall Bierschnaps. Our Bierschnaps is made from a specialty stout beer which has been distilled into a clear, 80-proof spirit.

Gaining strength in both alcohol content and flavor through distillation, Bierschnaps is traditionally enjoyed chilled or sipped alongside a beer. Originating in Germany, we created our take on this original product to add to our family of European-inspired spirits — one that could appeal to both beer and spirits lovers alike.

This limited release product will exclusively be available for purchase beginning THIS Friday (12/16) in Chicago at Binny’s, Beer Temple, and in Rhine Hall’s tasting room. The 375ml bottle will cost around $30, and $1 from each bottle purchase will be donated to Alliance for the Great Lakes.

###
What Beer (Brewed on Fulton Avenue) Is Behind the New Rhine Hall Bierschnaps? was last modified: August 31st, 2021 by Karl