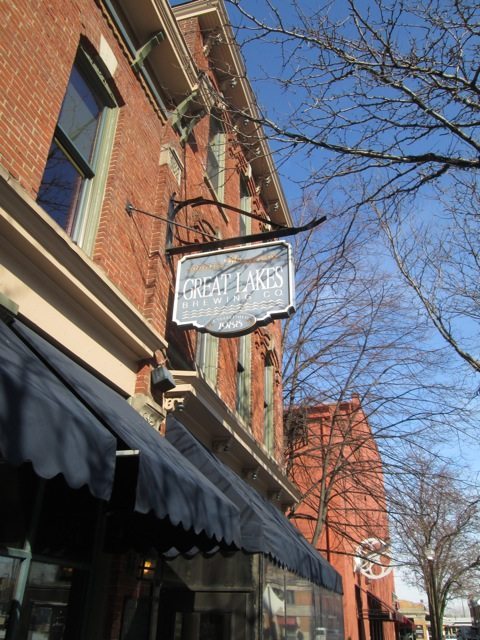 Other than the Rock and Roll Hall of Fame, that scene from Spinal Tap and that time they set the river on fire, most people probably don’t know a ton about Cleveland. Craft beer aficionados like you and I know it mainly for another reason: Great Lakes Brewing Company. After that, though, what else is there to drink in Cleveland? As I recently discovered, more than I expected or even really hoped.

Rather than a step-by-step travelogue, here’s a few quick guidelines for drinking well in Cleveland, which doesn’t always mean just drinking beer. More on that in a bit. First: 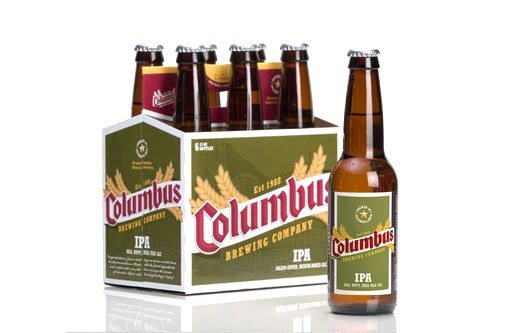 One of the first local brews I stumbled across after getting off the plane was this one, and it was one I found myself going back to more than a few times during my stay. Brewed by Columbus Brewing (go figure), it’s quite similar to Goose Island’s Green Line in that it’s a sessionable, hearty yet healthily bitter IPA.

It earns a 95 from the folks at BeerAdvocate, and I had never heard of it prior to landing in the CLE; perhaps you haven’t either, but you should have. It’s solid, well-rounded, and you’ll wish it was here when you come home. Drink it there while you can. It’s good.

This one should be obvious, but here’s why you should definitely make the trip to the Ohio City strip: 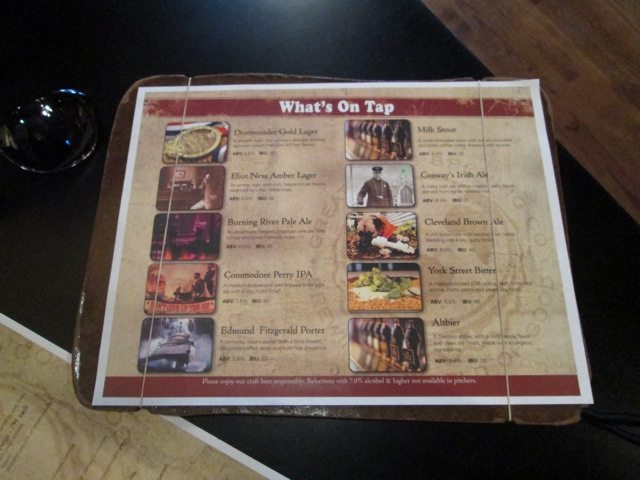 As a Chicagoan, you’ve probably been drinking their beer for quite a while. If you’re anything like us, you swear by the Edmund Fitzgerald as a porter and pretty much consider the rest of their lineup as extremely reliable. Visiting the brewery pub isn’t going to dramatically change any of those conceptions; if anything, it’ll reinforce them. But you’ll also get the chance to try a few one-offs like their altbier, the ESB, the milk stout and other pub-only selections.

Oh, and it’s a half-block away from the West Side Market, which everyone says is a must-visit for foodies when you visit Cleveland, but due to a fire all we could do was look at it from the outside and wonder what kind of magical pierogis we could have enjoyed if we were allowed inside.

Back to the pub: The bar is old-school awesome, with some history to it.

The new panorama feature on the iPhone can be fun.

If you look at the above picture, it should look pretty familiar. Ever drank an Elliot Ness Amber? See that bar that he’s standing at on the label of the beer? You can drink at that exact same bar. Seriously. The bar where Ness drank is at their brewery taphouse. Take a picture of yourself drinking there. You’ll be cooler for it.

Sometimes, you read beer lists and you say to yourself, “holy shit, I have to get that.” And then when you get it sometimes, sometimes, it lives up to all your expectations and then some. Drinking the Peanut Butter Cup Coffee Porter by Willoughby Brewing was one of those times. We found it on draft at Happy Dog, the grittier punk-rock version of Hot Doug’s, where instead of carefully curating a selection of gourmet sausages and topping them with unique and well thought out ingredients, they give you a plain ol’ dog and let you cover it with up to 50 different toppings and if you don’t like it, it’s your own damn fault. 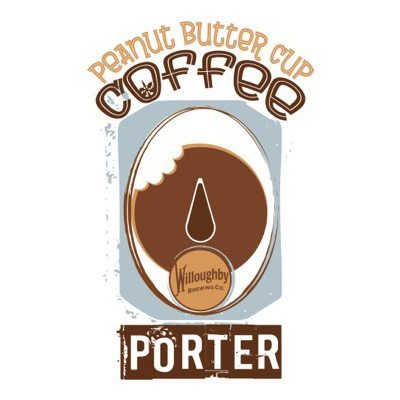 There’s plenty of excellent beers at Happy Dog, and even without the Willoughby I encourage you to visit anyways. But the Willoughby was definitely a holy shit, this is great, you guys all have to try this and then give it back immediately because I want it all for myself kind of beer. It promises a lot – and it delivers. You owe it to yourself to hunt this one down, if nothing else. Leave the airport on a layover to get it. It’s that good.

3) Go to the Velvet Tango Room.

What kind of beer does the Velvet Tango Room serve, you might be asking? Doesn’t matter, dummy. They’re one of the best cocktail bars in the country, and if you appreciate a well crafted beer you damn well better be able to appreciate a finely constructed cocktail. They’ve been in business since the mid-90’s and people line up to throw $18 at ‘em for a single drink. Go during happy hour when they’re $10 and you’ll probably get to sit at the bar and actually have a conversation with your bartender. 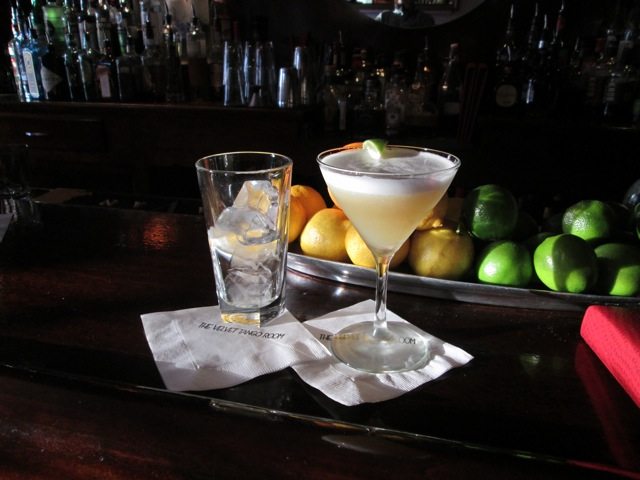 Show up as soon as they’re opening (we got there literally as they were rolling up the metal shades over the windows) and you’re practically guaranteed a good time. Pace yourself, though – you’ll have to wait a bit for the jazz combo to show up, which is worth the price of admission as well. Oh, and the price of admission? Nothing. Just don’t wear a hat.

This isn’t any bullshit speakeasy. This is the real deal. Listen to some live tunes, sip a great drink and relax. The beer will be there later. Oh, and if you must know, they only serve Stella as a beer option at VTR, which is essentially a slightly classier, European way of saying “eff you, if you need a beer drink this swill.”

For whatever reason, the cans of beer from the much-enjoyed San Francisco brewpub and brewery are all over Cleveland. If you haven’t had the Hell or High Watermelon, it’s worth trying once (we weren’t huge fans) but definitely give the Back In Black IPA a try. It’s good stuff.

I know that Bier Markt is listed as one Cleveland’s best beer bars. I know it makes Draft Magazine’s “Best beer bars in the nation” list. I’m sure it’s great. But because this is specifically for Chicagoans, here’s the deal: We have the Hopleaf. If you look at the Belgian list for Bier Markt, you’re honestly not going to find much that you can’t already get in a trip to Andersonville. Sure there’s some fine stuff like Piraat and St. Bernardus on the draft list…but so is Hoegaarden, Leffe, Blue Moon and Labatt.

To me, the point of travelling is to get away from stuff you’re used to, and to experience things you can’t get at home. You can get Chimay and Duvel at home, as well as the Duchesse de Bourgogne and Saison Dupont if you look for it. Look, it’s pretty much right around the corner from GLBC, so if you feel like stopping by then by all means, do so. Yes, the menu says they have the best Belgian beer selection in all of Ohio. Read between the lines.

6) You definitely should go to Tremont Tap House, though.

Scant hours before getting on a plane to head back to Chicago, we decided that flying sober was for suckers and headed to the Tremont Tap House at about 12:30 in the afternoon. Featuring dozens of taps of great Midwestern and East-Coast beer with an apparent focus on Rust Belt beers including the aforementioned Columbus IPA as well as beers from Fathead, Thirsty Dog, Southern Tier, Iron Fist and more. The help is knowledgeable, the glassware is accurate, and if you order a flight of beers, they have the best damn idea I’ve seen in years, so great it’s slap-your-forehead, “why didn’t I think of this first” good: 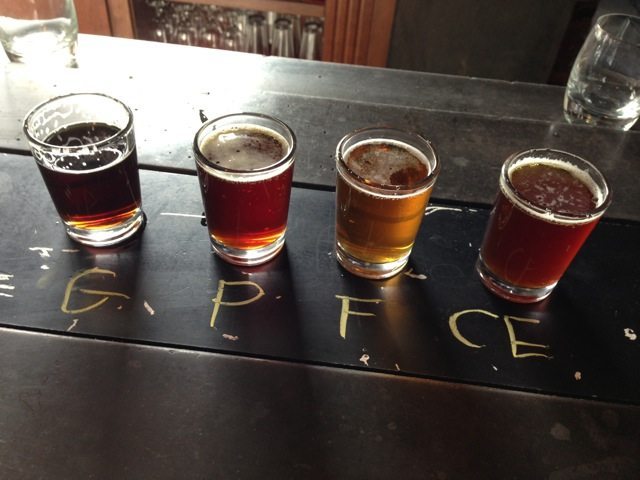 The whole damn bar is a chalkboard.

Want 4 beers? They’ll write out exactly what you’re drinking, on the bar itself, right in front of you. Plus, you’re free to play tic-tac-toe as you see fit. It’s awesome.

All of this, and we didn’t even get to mention the amazing cafeteria-style Polish dinner with crisp European lagers, the Southern-style lunch with hearty winter beers, and the other places we wish we could have tried like the new Nano Brew. Suffice to say, you’ll probably do quite well for beer selection in Cleveland if you do a little looking.

More From GDB:  Where To Drink Near Wrigley Field

Late last year, when Revolution Brewing announced it would be expanding distribution to Ohio, owner Josh Deth singled out Cleveland as a big reason to do so. “[Cleveland] has a good craft scene going on,” said Deth. And he’s right.

You may even notice that not once did we mention anything downtown – we stayed strictly in Tremont and Ohio City, which are neighborhoods that remind us a lot of Bayside in Milwaukee, paired with a little East Lansing and some mid-90’s Wicker Park as well. It’s still gritty but in an up-and-coming way, and on the whole this Rust Belt city shouldn’t be known for pollution, unemployment, and that guy who plays basketball that went to Miami.

Flights are cheap, and so is pretty much everything else. Seriously, go to Cleveland. Drink a lot. Come back and tell me I’m wrong.

Postscript (2/21/13): Who knew a post meant for Chicagoans would get the eyes of so many Clevelanders! (Cleveland-ites?) Thanks for joining us. A few things:

Getting a note of thanks from Paulius at VTR makes this even better. Cheers to you all.

3 Days in Cleveland: A Chicagoan’s Guide to Beer Drinking in the ‘Mistake By The Lake’ was last modified: February 6th, 2018 by Karl