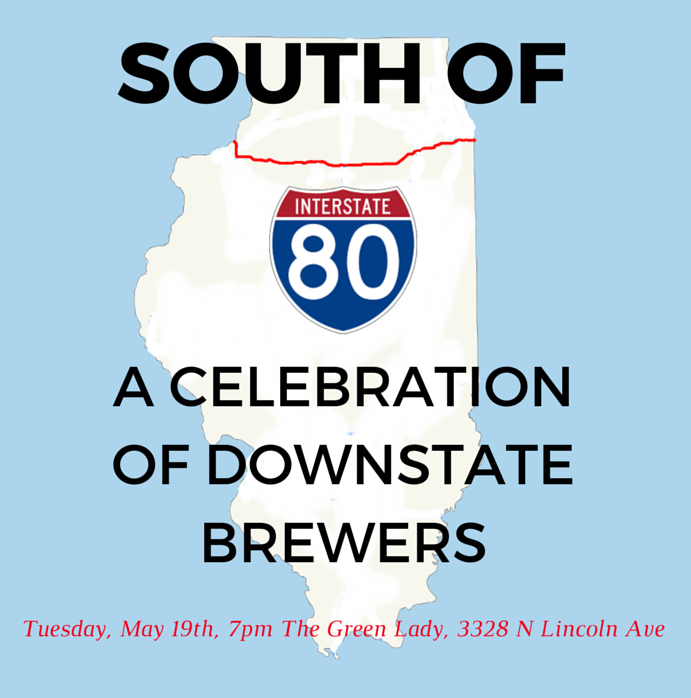 South of 80: A Celebration of Downstate Brewers returns for a fourth year during Chicago Craft Beer Week and will include eight breweries and 24 beers. 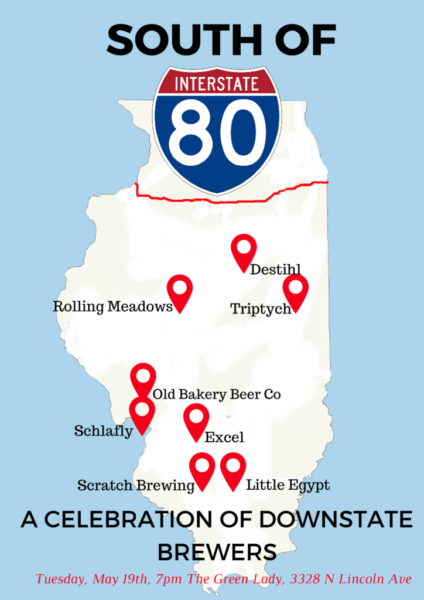 More breweries and more beer headline our fourth annual “South of 80: A Celebration of Downstate Brewers” on Tuesday, May 19th at The Green Lady.

What began as a fun way to show off beer brewed in my former stomping ground, and fellow co-founder Andrew’s, has morphed into a gateway for downstate brewers to introduce themselves to craft beer drinkers in Chicago. In fact, three participants have inked distribution deals with Chicago distributors after taking part in our event: Six Row Brewing, Destihl and Urban Chestnut.

A mix of old favorites and unique newcomers make up the eight breweries taking part in this year’s event, bringing with them a whopping 24-different beers. One of the brewers boasts organic certification (Old Bakery Beer Co), another has been with us since day one (Rolling Meadows) and a southern Illinois favorite (Scratch Brewing) returns after a year hiatus.

Much like years past there is no ticket required for the event, which is Tuesday, May 19th at The Green Lady (3328 N Lincoln Ave).  The tap list will be announced soon.

ANNOUNCING: The 4th Annual South of 80: A Celebration of Downstate Brewers was last modified: February 6th, 2018 by Ryan