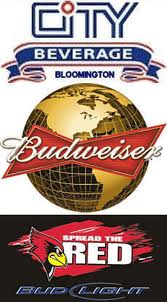 The email in our inbox set off alarm bells and whistles and caused me to do more than a few double-takes. An insider had given us a heads up that the Illinois Liquor Control Commission approved City Beverage of Bloomington’s distributor and importing distributor licenses for another year.

After some digging, emailing and a little poking of the bear – the insider was right. City Beverage of Bloomington’s licenses were due to expire on March 31st, 2012 and the Illinois Liquor Control Commission did renew the distributor’s licenses for another year during its March 21st meeting.

A distributor’s license renewal wouldn’t normally be a blip on our radar, but it is when it’s City Beverage.

More From GDB:  A Beer Enthusiast Club To Cross The Border For: The IN Beer Brigade

City Beverage (which has distributorships in Chicago, Markham, Arlington Heights and Bloomington) is partially owned by Wholesaler Equity Development Corporation or WEDCO. And WEDCO is a wholly owned subsidiary of Anheuser-Busch InBev. Right now City Beverage, WEDCO and AB InBev are at the center of a months-long debate raging before the ILCC over whether or not WEDCO can retain its 30-percent stake in City Beverage in light of the changes to Illinois’ self-distribution laws.

It appeared, initially, that the seemingly quiet renewal of City Beverage of Bloomington’s licenses signaled an even quieter decision by the ILCC to allow WEDCO to keep its stake in City Beverage.

A spokesperson for the ILCC quickly squashed that in an email response informing us that City Beverage of Bloomington’s licenses were renewed so they could continue to distribute beer while the commission continues to hash out what to do about WEDCO. I asked, more pointedly, if the renewal was, “indicative of a decision already being reached re: WEDCO,” to which she responded, “absolutely not.”

The spokesperson said a decision on WEDCO was not expected this month.

The next commission hearing is scheduled for May 9th in Chicago.