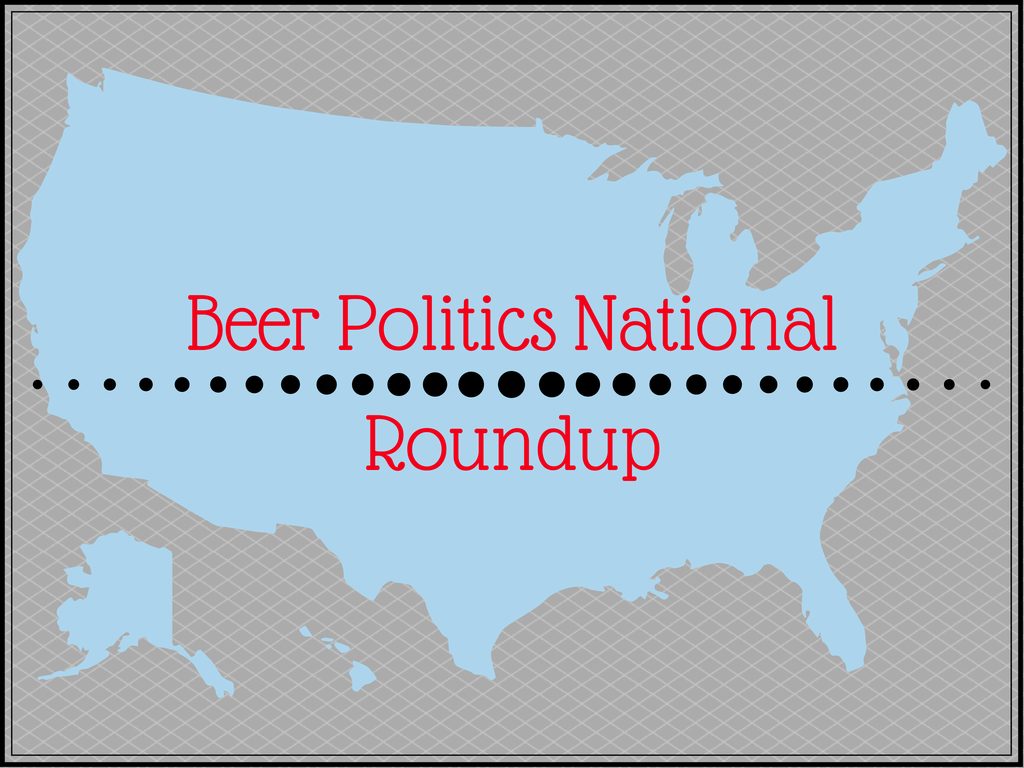 In this week’s look at Beer Politics stories from around the country we check out the liquor license black market in Idaho, how liquor stores in two towns in Tennessee are adjusting to being able to sell craft beer and why the clock is ticking in Ohio on a push to increase the ABV limit on beer sold and brewed in that state.

Did you know there’s a goofy law on the books in New Hampshire that prohibits people from Washington D.C. from buying beer in that state? Well, there is.

The issue came up this month when a Concord store clerk refused to sell alcohol to a 25-year-old Washington, D.C., man. The incident, first reported by the Concord Monitor, prompted Executive Councilor Colin Van Ostern to approach the commission.

“New Hampshire depends more on tourism, liquor sales and democracy than probably any other state, so anything that threatens the combination of those certainly raises red flags for me,” he said. “Even if it’s only been a few instances, I think it’s a bad message to send.”

You might be able to get a growler filled damn-near anywhere in Idaho but apparently getting a liquor license is pretty tough, according to KHQ-TV.

The Idaho Statesman reports that Idaho’s liquor regulation has resulted in a scarcity of liquor licenses, which in turn has caused business owners to resell licenses at exorbitant costs.

And here’s more from the Statesman on how these licenses are being flipped.

Debra Reinhart, owner of the Steinhouse Bar, bought a $750 license and leased a 540-square-foot location in downtown Idaho Falls for two years with an annual rent of $3,900. After the first year, she paid $750 to renew the license. The rent, combined with license fees, equals an $11,925 investment after two years.

Liquor law changes in a pair of Tennessee towns now allow liquor stores to sell craft beer. Next up, according to The Daily Times, is a push to allow grocery stores to sell wine.

With the passage of the Wine in Retail Food Stores law earlier this year and a successful petition drive, Alcoa and Maryville voters will have the chance to decide whether to allow wine sales in grocery stores, beginning on July 1, 2016, during a November referendum.

The new law, however, has allowed liquor stores to begin selling beer and other items such as mixers, cheese and corkscrews. Previously, the stores could only sell liquor, wine and lottery tickets.

The Plain Dealer reports time appears to be running out in Ohio where there’s a push to raise the alcohol limit on beer from 12% ABV to 21% ABV.

Legislation must be addressed within the general assembly’s term, and there haven’t been many meetings during the summer, John Tyler, aide to Ohio Rep. Dan Ramos, told The Plain Dealer.

Tyler said there is a “potential” for the bill to be discussed in September, but time is running out. (Click here for our story about the pros and cons of the proposal.)

It was Ramos who initiated the legislation, which would lift the alcohol limit on beer sold or made in the state. Raising the limit would mean Ohio brewers who want to experiment with barley wines or certain imperial-style ales can do so, and out-of-state brewers could bring in beers that currently are prohibited.

And a liquor law revival is underway in Boston where that state’s legislature is giving the green light to 75 new liquor licenses targeted for underserved neighborhoods (do those exist in Boston?). Mass Live says the bill also changes who controls liquor licensing in the city.

The 75 new licenses are restricted by the bill to areas currently underserved by bars and restaurants. The bill focuses on the neighborhoods of Dorchester, Hyde Park, Jamaica Plain, Mattapan and Roxbury. Parts of East Boston and Mission Hill are also expected to benefit from the new bill. The bill contains language that does not make the licenses transferable outside the designated areas.

The bill will add 60 new full liquor licenses and 15 beer and wine licenses over the course of three years. No more than 25 new licenses will be issued each year.

The bill brings an end to a law with anti-Irish Catholic origins, pushed by Yankees and Brahmins in the early part of the 20th century, that limited Boston’s control over the issuing of its own liquor licenses.