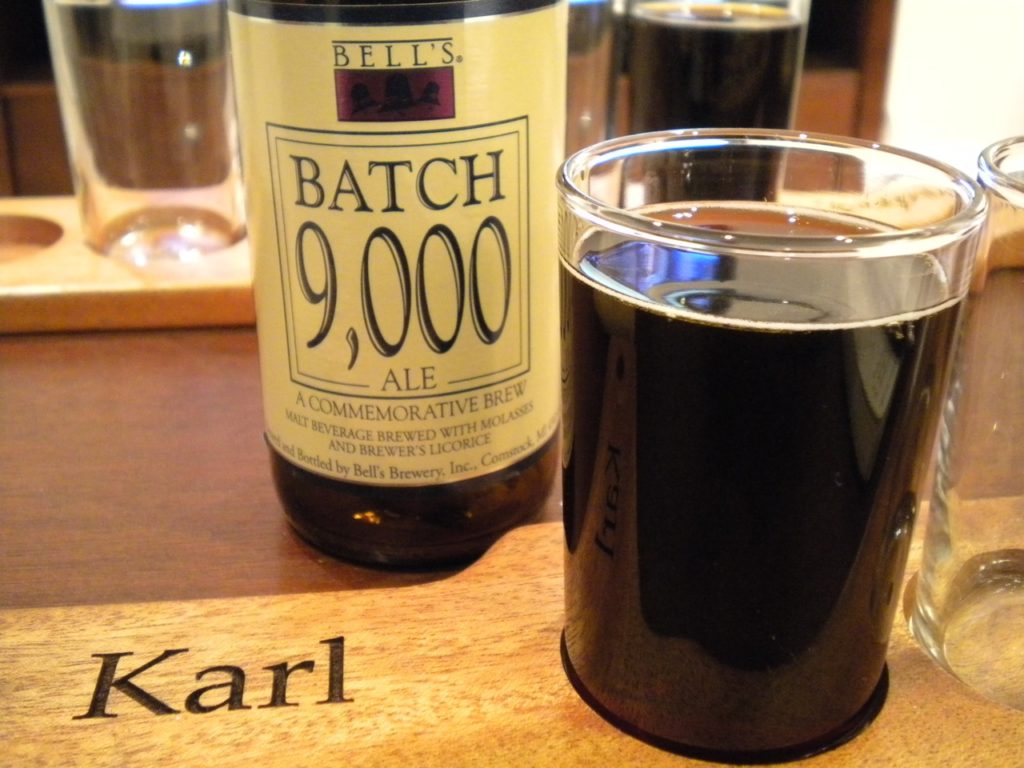 We continue our look into one of our longest running cellaring experiments to date: Bell’s Batch 9,000. 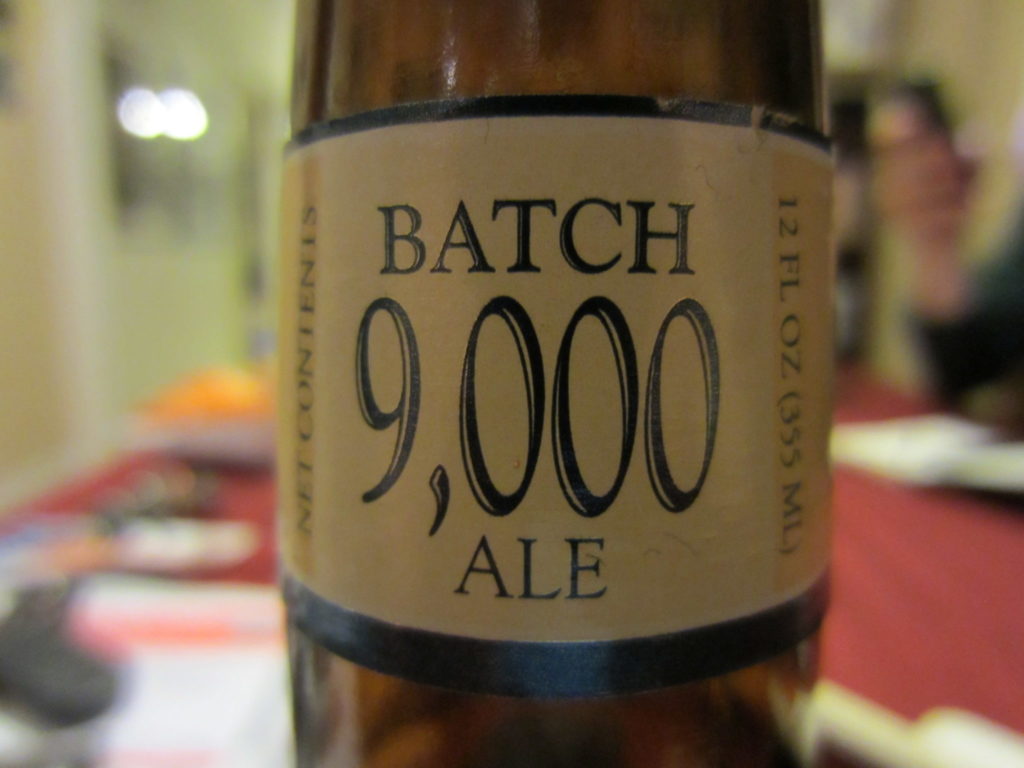 The first entries into Bell’s Batch series began as a way to commemorate brewing milestones. But as Bell’s grew up it grew out of the tradition. The last two installments in the series, Batch 9,000 and Batch 10,000, were released less than a year apart. Batch 9,000 hit store shelves in January of 2010 and Batch 10,000 in November of the same year. It’s probably safe to say that subsequent releases would be even closer together.

Bell’s has since moved on to bigger projects, like its Planet Series, which paraded out to stores in 2015, and yearly releases of Black Note and Eccentric Ale among a number of other specialty releases. That leaves us with the remnants of the Batch series, two more bottles each of 9,000 and 10,000. Before we check in on a seven-year-old pour of Bell’s Batch 9,000, here are snippets of more in depth reviews posted over the last six years:

“Grapes, jam, jelly, sweetness and rum, if this beer was Buddhist it would have aged itself into a new state of consciousness.  Dark, deeply purple and still just a little watery, this beer has gone straight through to bold, boozy, heavy, tough, hardcore grape and raisin sweetness.”

“What really struck me about this beer was the body. It was…perfect. The carbonation was sparkly and lively, but was balanced out by a hefty mouthfeel.”

“Creamy yet sparkling, complex with a huge aroma and flavor, this still has everything it went into the kettle with – this beer is definitely and noticeably starting to decline, but it seems as though it’ll be quite gradual.”

“The two-note nose of this now four-year-old beer still has that subtle touch of molasses and the anticipated grape soda, perhaps some star of anise too, but there’s also some red pepper flake. Yup, Batch 9,000 has gone spicy. That hint of heat in the aroma was no mistake. Front and center with each sip is a blend of peppercorns, paprika, mild chili powder and Tabasco sauce.”

“The nose sets the tone with a strong aroma of Hershey’s cocoa powder, a berry and maple syrup reduction, brown sugar and raisin bread slathered in icing. Rich doesn’t even begin to accurately describe the aroma; same goes for the flavors.”

“The aroma isn’t as sweet as years past with a hint of black licorice buried under notes of tobacco and leather. The flavors, however, are just as sweet, if not sweeter. A warm, vanilla cream frosted cinnamon roll leads the way followed by buttercream frosting, milk chocolate and peanut brittle. The finish is a mix of sweet and salty, with a blend of brown sugar and soy sauce.”

This brings us to a now seven year-old-pour of Bell’s Batch 9,000, which is still surprisingly sweet and may be leveling off just a tad to round out into something resembling a silky smooth imperial stout.

The nose on this strong ale leans stone fruits and star of anise as it continues to trend away from the sweet and savory aromas of year’s past. Overall, the nose holds up really well with limited signs of oxidation.

The first big surprise on the palate was the still-decent carbonation, especially for a beer of its age, as was the velvety smooth texture and sticky yet creamy mouthfeel. The carbonation coupled with the smoothness made for a nice vehicle to deliver the likes of cherries, plums, raisins, dates and dark rum. The dessert-like sweetness of the last few years has faded, making way for hearty dark fruits and a slight hint of alcohol.