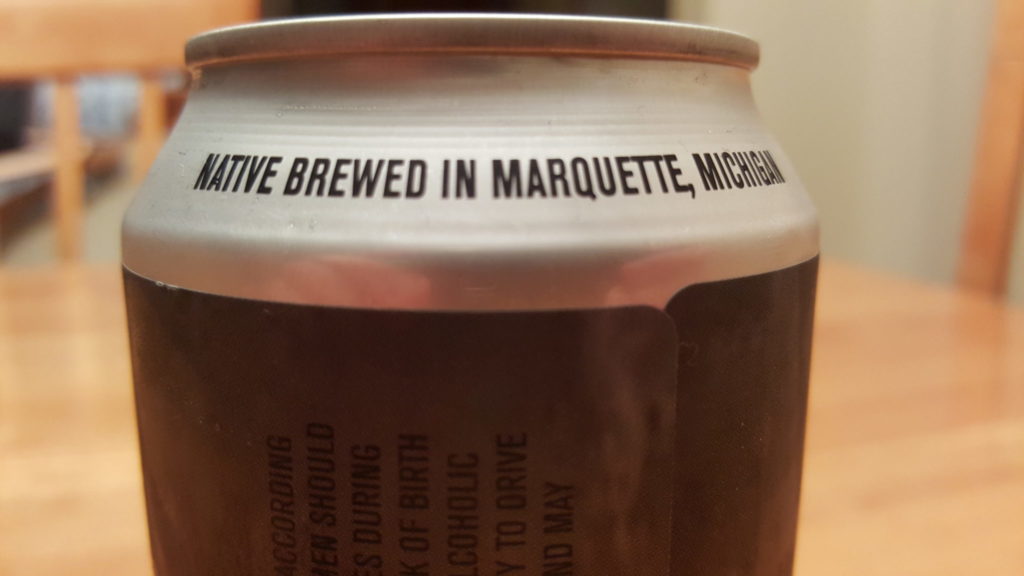 Blackrocks Gnomas marks a number of firsts for us, including our first cellaring experiment with a canned beer. 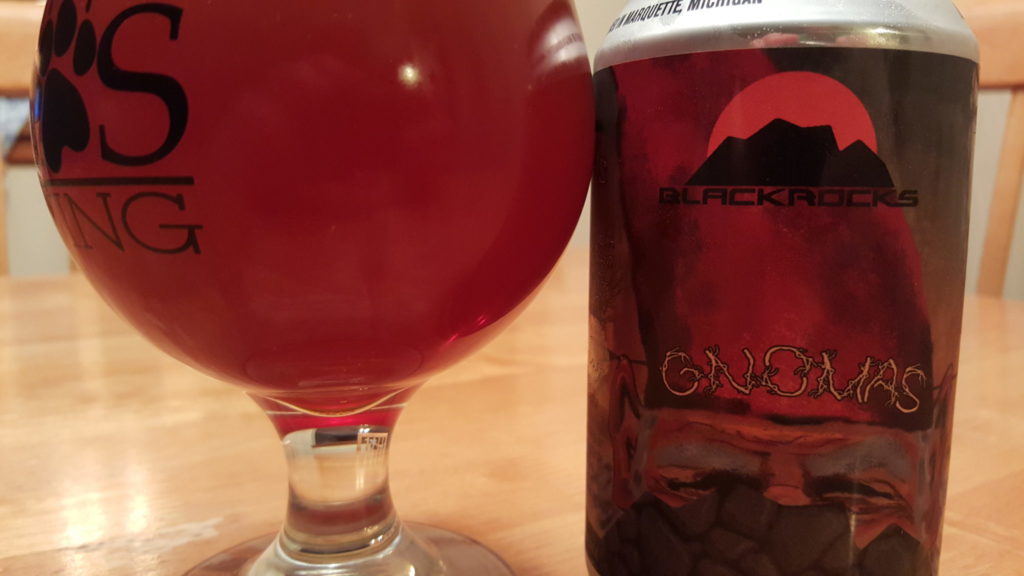 Consider this your baseline read on Blackrocks 10% ABV English barleywine Gnomas. We’ve tucked away a couple of cans in the cellar, marking our first foray into cellaring cans of beer. This is also the first cellaring experiment we’ve embarked on in a while. For the last few years we’ve had plenty to pull out of the cellar, so there was no need to add to it. However, through some attrition, the basement shelves are looking a little thin so its time to restock.

Before we get to this winter seasonal, which was actually drank in the winter, I should probably come clean on the fact that I’m a Blackrocks fan. I’ve yet to have a disappointing pour of any beer from the Marquette, Michigan-based brewery, their styles are unique – yet approachable – the beers are priced well and I dig their label art. Their core offerings include an IPA, coconut brown ale, Grand Rabbits, a dry-hopped cream ale and now a pilsner. Seasonals range from a wheat ale brewed with honey and lavender flowers to a mint stout. And, in the end, I have a soft spot for all things crafted in Michigan’s Upper Peninsula. 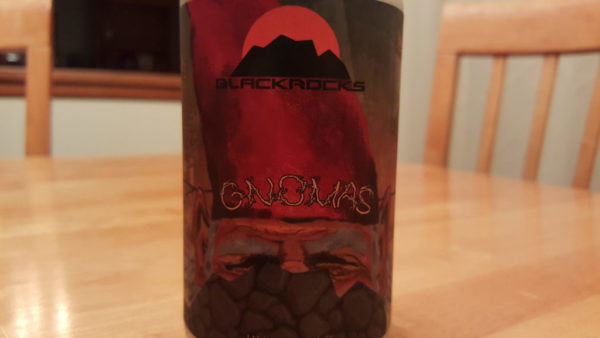 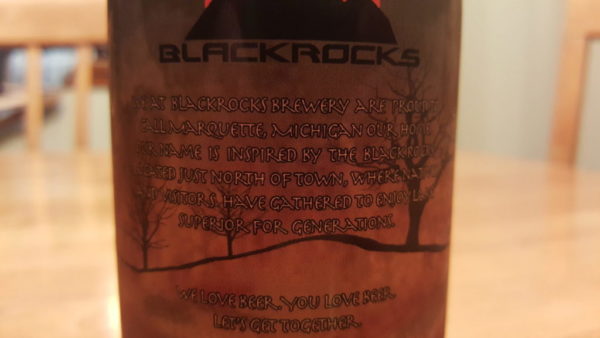 Pouring out a glistening ruby-red in color, and closely matching the red of the gnomes’ hat, Gnomas gives off initial notes of cherries and a cluster of other dark fruits, including plums and raisins.

At first sip this English barleywine is sweet and warming with hardly a trace of alcohol detectable. Brown sugar, toffee, prunes and a touch of floral hops kicks things off and carries through mid-sip until tart cherries and a splash of coffee flow through to round out the finish.

It’s been well documented here over the last six years that I have long-preferred an English barleywine to an American barleywine because of the sweetness of the former. American barleywines are just too aggressively hopped for my liking. If I wanted something that hoppy, I would have just drank a double IPA and saved myself a couple of bucks.

We’ll likely crack this again in two-and-a-half years and in five years to check in on the maturation of Blackrocks Gnomas. And if you happen to spot it on store shelves in Michigan in a few months don’t hesitate to pick up a four pack, because it certainly doesn’t scream to be cellared.