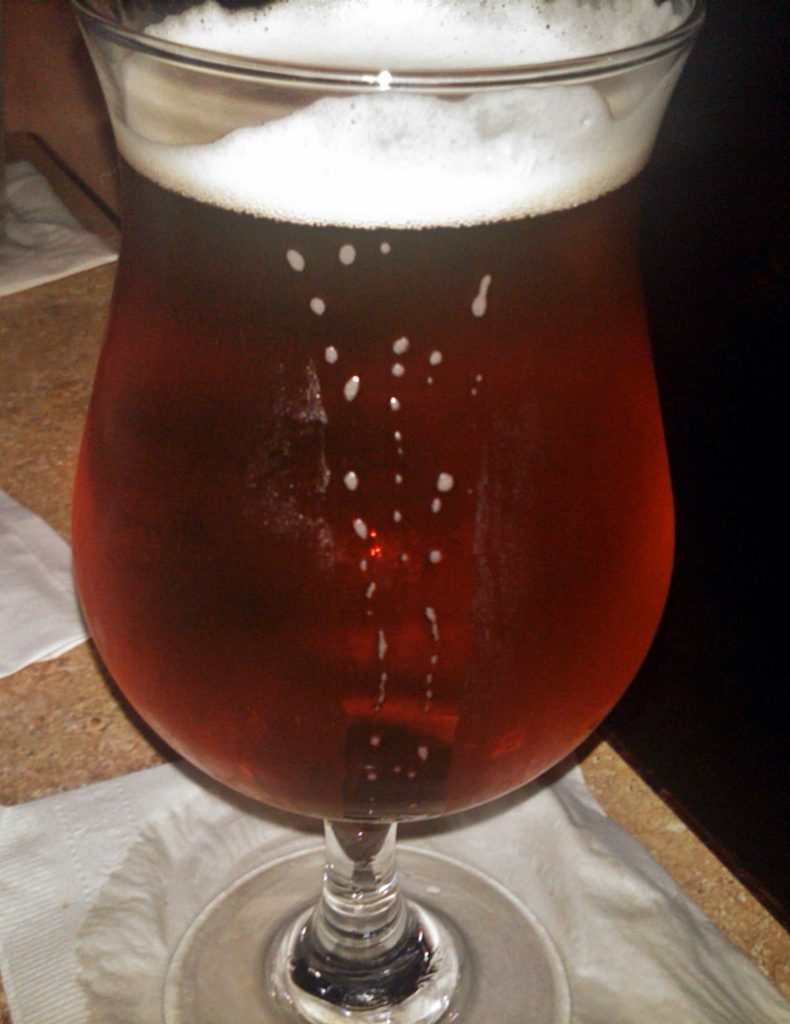 “When you make a pot of coffee, but only use half the water, you get some pretty rich coffee. That’s the approach we took with our latest offering. OBP Squared, with half the water, has 11% alcohol by volume – twice that of original OBP. The result is a bold, distinct taste of its own. Made with twice as much real orange blossom honey, all-natural ingredients and no refined sugar, it really is the new king bee of beers.”


Two weeks ago I found myself on vacation with my wife and her family in southwest Florida.  Much of the week was spent at the pool with our nieces and nephews.  Five of the seven were in attendance, ranging from three years old to seven years old.  I somehow got suckered in to the most uneven game of tag ever.  They could leave the pool but I couldn’t.  Guess who swam laps for about 90 minutes chasing after them?

The latter half of our trip though was sans small children leaving me, my wife and my in-laws with a few free nights.  On one of those occasions we buzzed up to Naples to hit, after some lobbying on my part, South Street in Naples.  The bar claims to have the largest craft beer tap selection in southwest Florida, which offered my wife and I plenty to choose from.  It even had enough wheat beers on tap to appease my father-in-law, who I was able to pry away from Michelob Light’s icy grip a year-and-a-half ago.  My wife got an IPA sampler, my father-in-law got a wheat sampler and I got the OBP2.

The name of the beer glared back at me from the chalk board just above our table.  All it read was, “OBP2 – 11.2%.”  Typically, that would be enough to hook me., but I needed more information.  There was only so much time to try new beers and I wanted to maximize my time spent sampling foreign brews.  I asked our waitress who brewed the likes of OBP2 and a few of the other beers that were new to me.  The response was less than helpful, “we have 40 craft beers on tap, I don’t knew who brews them all,” she said.  So, I shrugged my shoulders and hesitantly asked for the OBP2.

Before I get in to the beer itself, here’s a bit of history for you mid-westerners, like myself, who had never heard of OBP.  The original Orange Blossom Pilsner was the brainchild of Tom Moench, who first brewed the beer in his Orlando, FL garage.  But Moench didn’t have the means at the time to open a brewery in Orlando so he contract brewed OBP and OBP2 through Thomas Creek in Greenville, South Carolina.  He is working, though, to bring production of the beer back to Orlando and is hoping to open a brewery sometime this year.

Arriving in a tulip glass, the OBP2 was a burnt orange in color with a pearly white head that frothed to the top of the glass.  The nose of the OBP2 gave off an intoxicating mix of honey, cloves, freshly torn off orange peels and heavy cream.  The combination brought me back to summers in central Illinois eating an Orange Creamsicle.

The flavors were in-line with the nose; sharp acidic citrus flavors hit you up front followed by a thick honey sweetness.  Seeing as how this is an imperial pilsner the hops have to be here somewhere, right?  And, right on cue, they slip in near the finish with a bright citrus-y splash of hops that almost blends seamlessly with the orange blossom.  This beer is super-thick and syrupy coating your mouth with every sip.  The 11% ABV is barely noticeable until you get about halfway through this beer.  That’s when you’ll notice a touch of a boozy burn in your chest.

This was both a very enjoyable and, at the same time, perplexing beer.  The thick and syrupy body of this beer triggered my brain to consider this a sipper and to take my time.  But the over-the-top citrus flavors and honey sweetness kept me coming back for more.  I could have easily had a second but thought better of it.  That 11% ABV was sure to catch up with me at some point.