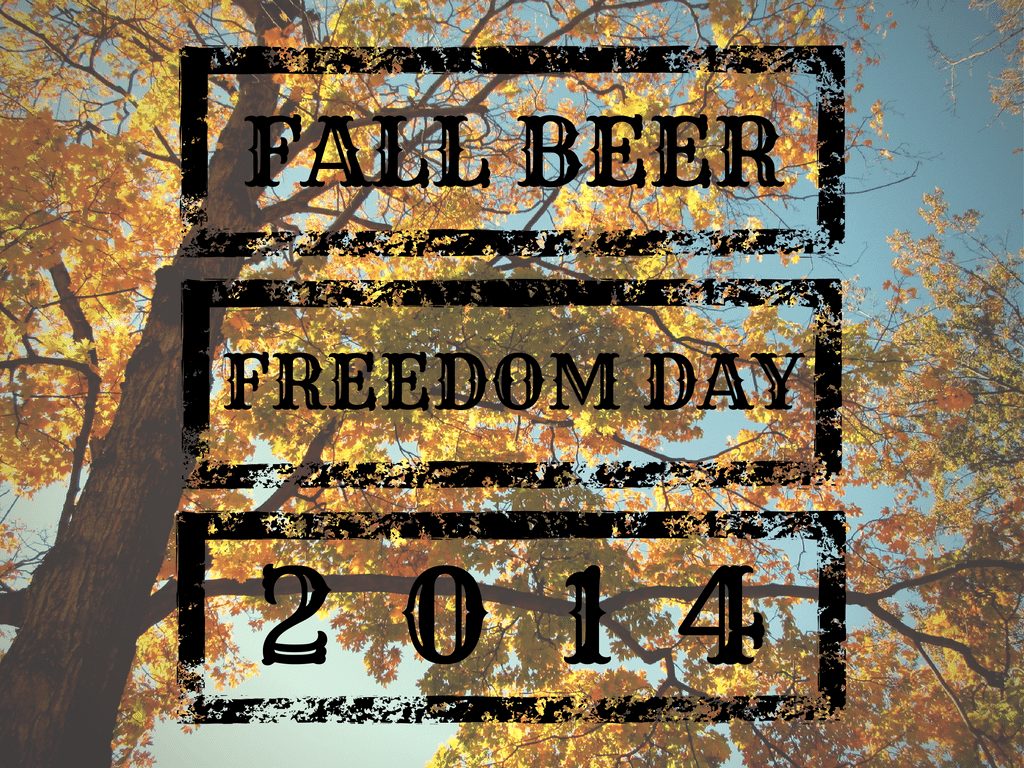 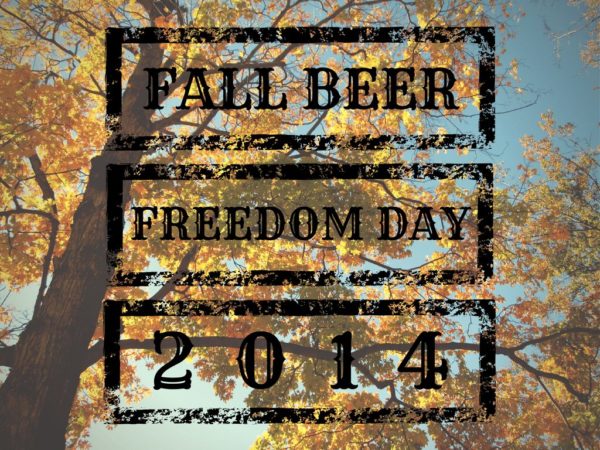 On June 1st, we posted this:

Happy 1st day of June! (I bet we see an Oktoberfest release in 6 weeks.) #FBFD

Turns out we were two weeks and off and we missed the style but hey, close counts in horseshoes, hand grenades and Twitter predictions, right?

We were just three hours from getting out of June scot free with no autumn beer releases, but no, last night we saw this posted to BeerPulse: 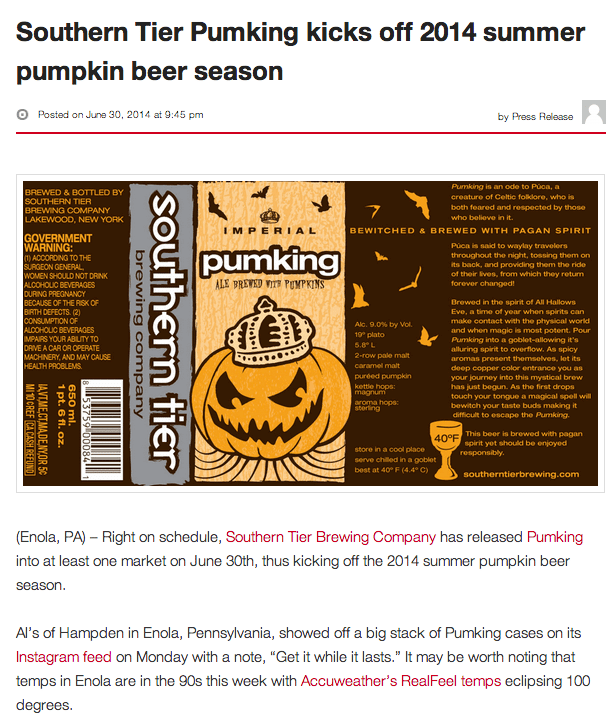 Can't wait until it keeps moving back further and further until it wraps around the calendar and releases in October. https://t.co/TkC3cupFsJ

Really??? It's not even July yet!!! Southern Tier Pumking kicks off 2014 summer pumpkin beer season https://t.co/ShuXi1GuyF via @beerpulse

@beerpulse this is a sign of the End of Days.

And neither were we:

Now, it turns out that Southern Tier is blaming a rogue distributor who shipped ahead of the planned release date, and they’ve asked them to knock it off:

We had one distributor in Pennsylvania who decided to deliver Pumking ahead of the planned release date. We have had a conversation with them and it seems to be an honest mistake. They have ensured us they are taking corrective action.

As for seasonal creep, we want to be very clear that this is not something that is dictated by brewers. We follow the direction given to us by our retail customers who follow the buying trends of their customers. Why does Valentine’s Day candy hit the shelves on the day after Christmas? We don’t know, do you? We are not the only industry that is effected by the so-called seasonal creep.

So basically, it seems that the beer’s early release basically is all our fault, because distributors/retailers want it early, because apparently people buy it early.

This only serves to reinforce our original #FBFD point: Stop drinking the stuff early.

And so, on this, the first day of July, 2014, we must institute the countdown to the third annual Fall Beer Freedom Day.

You’ll recall that this all started with a tweet from two years ago:

That lead to this post in August 2012. Last year, we continued the tradition, kicking off the season with a Sam Adams Oktoberfest sighting in late July. See a trend forming?

So let it be written:

If we can all refrain from drinking pumpkin beers, Oktoberfests, harvest ales, and everything else that says “autumn” for just another couple months, it’d be great. We’ll be over here drinking all the pilsners, kolsches, bright sparkling lagers, hoppy wheat ales, berliners, fruit beers and everything else seasonally appropriate until then.

This is an opportunity to reinvigorate your support for the lighter side of things. This winter was so long and so awful, there’s absolutely no reason to rush into the post-summer-drinking-season unnecessarily. Don’t let some distributor’s desire to sell more Pumking (most assuredly their portfolio’s biggest cash cow) make you feel like you need to subsidize anyone’s too-early summer release.

There’s plenty of time to enjoy those beers at the right time. We love pumpkin beers just as much as you do (and more, in many cases). Until then, we invite you to join us in the run-up to Fall Beer Freedom Day 2014.

This year, we’re keeping running tabs on the stuff that’s in the world too early. You don’t have to avoid purchasing these beers, but if you’re keeping true to your #FBFD lifestyle, keep these beers until after Labor Day weekend.