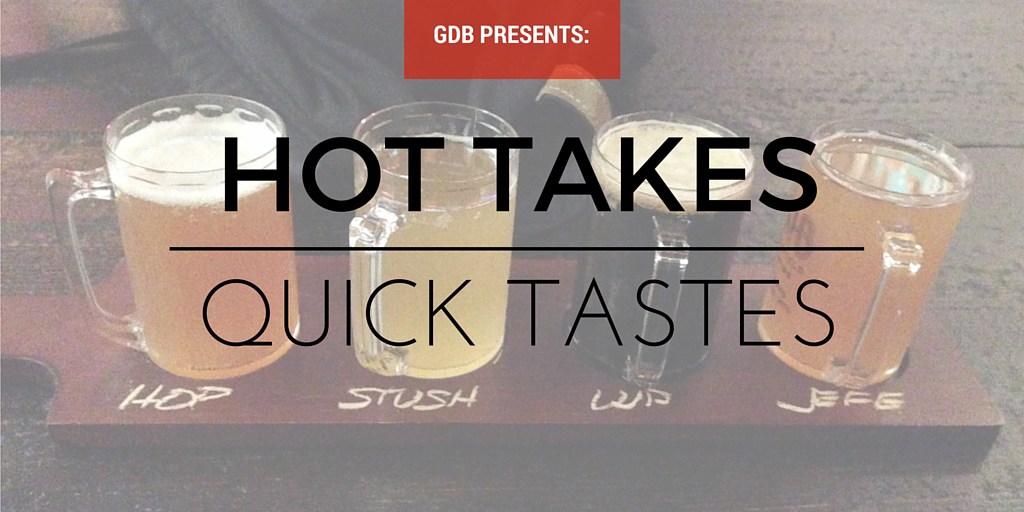 Because we respect your time too much to waste it on excessive single beer reviews (at least for now), here’s a quick cross-section of what we’ve been drinking lately.

Not every beer needs a lengthy description of its many attributes. We could give you 1000+ words on each of the latest fruit-inspired IPAs or the shandy du jour — and we probably will — just not today.

So here, without further exposition on our part, are some quick snapshots of beers we’ve recently been sipping. The internet would call these Hot Takes, or something like that. Maybe we’ll give you something new to try. Maybe we’ll save you $10 on that sixer you were considering. Either way, as always — drink at your own risk.

There was a time when the machinations of Hew Holland’s Mad Hatter series seemed to resemble someone rifling through a pitch-black closet looking for something to wear. The chances of finding something that matched are about 50/50 — and those odds grow even dimmer if you throw a necktie and shoes into the mix. There were all sorts of riffs on the brewery’s popular flagship IPA, such as Farmhouse Hatter and Smoked Hatter and Lager Hatter. Some were hits, others were misses.

Fast forward to present day and New Holland has re-tooled the recipe for the base beer and has drilled down to some outstanding variants, one of which is Michigan Awesome Hatter. The collaboration with the website of the same name, Michigan Awesome Hatter is a bit more APA than IPA, but who’s keeping score. A hefty and earthy malt backbone, compliments of Michigan-grown barley, carries bright and citrusy hops, plucked from a hop farm on the Leelanau Peninsula. The finish is clean without a trace of bitterness, making for an easily approachable IPA.

Schlafly was one of the first breweries to put Australian hops onto my radar. Released as part of a rotating seasonal release, the St. Louis breweries Tasmanian IPA is brewed with 100% Galaxy hops. Schlafly isn’t available in Michigan though so I’ve had a Galaxy hops void save for a few one-offs produced by a local brewery here and there. Enter New Holland’s Tasmanian Hatter.

This IPA, brewed with both Galaxy and Nelson Sauvin hops, doubles down on passion fruit flavors carrying the likes of mango, pineapple, peaches and candied sugar across the palate. The malts are subdued save for a touch of nuttiness mid-sip. The finish, meanwhile, is crisp and a bit zesty but also kind of dry. 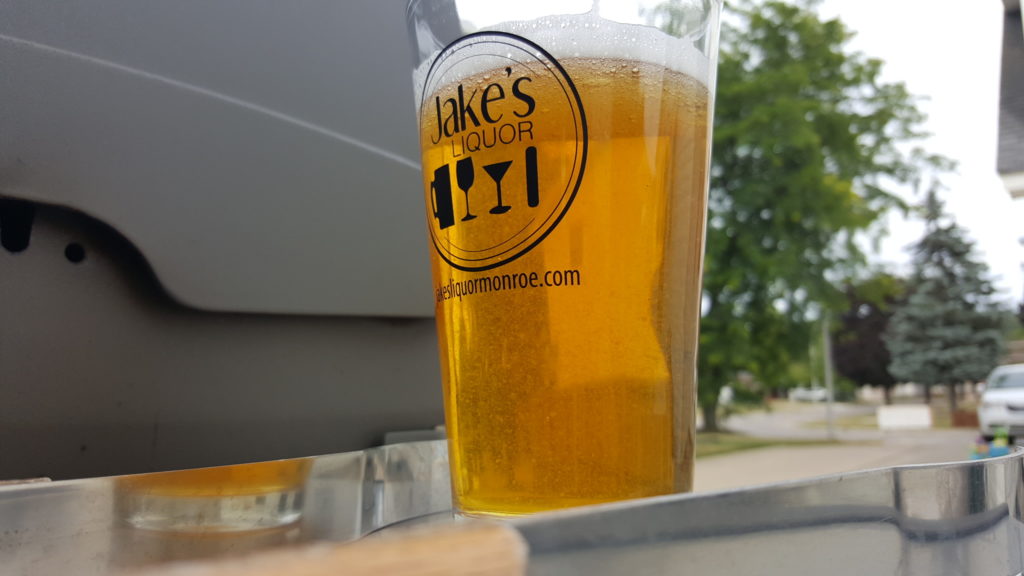 Odd Side Ales Tangerine of My Rye

An IPA that combines some of my favorite brewing ingredients? Sign me up. Yeah, I’m a sucker for a rye beer. A rye porter from Heavy Seas we sampled ages ago first got me hooked. And I have been quick to jump on board the tangerine, melon, pineapple, [insert fruit here] IPA and pale ale craze.

With history on its side the mashup looks good on paper, but how does Odd Side’s Tangerine of My Rye drink? Quite well, actually. There’s pineapples and peaches and mango and tangerines, with an underlying earthiness blended with grassy hops, all of which is flushed out by cracked black pepper and a sandy dryness in the finish.

About a decade ago, or perhaps it just feels like it was that long ago, we professed our admiration for Ballast Point Sculpin. Amusingly this was long before Ballast Point was available in Chicago. My, how far things have come. Not only is the brewery available across the city but Ballast Point has also spun off Sculpin into a handful of different variations: Grapefruit Sculpin, Habanero Sculpin and Pineapple Sculpin.

Arguably the most tropical of the Sculpin varieties, Pineapple Sculpin is all pineapple, through and through. A lot of fruit-inspired IPAs these days seem to go in one direction or the other: either the fruit dominates or it plays a supporting role. Pineapple dominates here and buries the juicy passion fruit, grapefruit and lemon zest that I dug in the stripped down version of Sculpin. But, hey, if you like Pineapple.

Did I know Old Nation Brewing Company, nestled outside of quaint Williamston, Mich,  was a mere couple of miles from my house? No, no I didn’t. Not until I spotted their Grand Pale Rye Session Ale — and a few others — on store shelves recently.

The Grand is a great entry-level beer in their portfolio although if you want to get technical a 5.5% ABV beer is not a session ale. But it’s good. Really good, actually. The nose is a mix of spicy and fruity, which carries over to the palate where you’re hit with varying degrees of bitterness, spice and  citrus. The malts are sweet and bready and command more attention than the hops, which is okay in my book when you’re talking about a pale ale.

BTW, I did rectify my ignorance on Old Nation’s location. If you find yourself in the neighborhood be sure to try the Belgian Club of Thailand if it’s on tap. The Belgian Tripel is brewed with lime leaves, galangal root, lemongrass and lime. And, yes, it is as ridiculously good as it sounds.

This has been Hot Takes, Quick Tastes. As always, if a beer is received gratis, we will disclose at all times. If you’ve got a beer you’d like us to try, we probably won’t accept it (we ignore most “hey want some free beer” emails because we’re happy to buy our own), but you can try to email us. Bonus points if you can name the brewery flight in the lead photo.