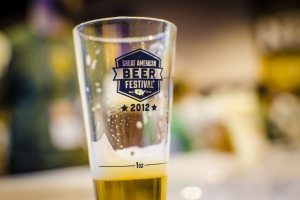 Illinois, and the Chicago area in particular, had a strong showing at this weekends Great American Beer Festival in Denver, Colorado.

Here are the winners from the Land of Lincoln (and one neighbor from Indiana):

It’s nice to see the Chicago area (using that geographically loosely) get a clean sweep in the “American-Style Pale Ale” category. It’s also nice to see the relatively unknown Zombie Dust from Three Floyds get some hardware.

More From GDB:  Stone's First Collaboration Of 2013 Is With An IL Brewery - UPDATED X2

And, yes, we know Goose’s IPA is brewed in upstate New York now but we still felt inclined to include it.

Congrats to all the Illinois brewers who placed and participated in this years GABF.

With all the new breweries coming online this year, here’s to hoping for an even stronger showing next year.