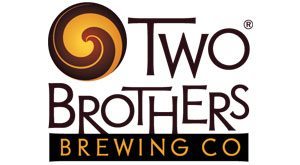 Warrenville, IL – December 11, 2012 –  This Friday, December 14th, Two Brothers Brewing Company is proud to announce their venture into specialty coffee. They will be serving free coffee samples to all guests at both Two Brothers Taphouse in Warrenville and Two Brothers Roundhouse in Aurora. The Roastmaster will be present to field questions and talk about all aspects of their coffee. Two Brothers have perfected two blends to be enjoyed in time for the holidays, their Brew House Blend and Holiday Blend. Both are made up of coffees from Indonesia, Central America, and East Africa, which highlight the particular nuances from each region.

They are also offering a limited release micro lot from Costa Rica. A silky, vibrant, and floral coffee, it will be offered in conjunction with their hand-crafted blends. “Our goal is to create dynamic and evolving coffee offerings, that will change based on each countries harvest season. Great coffee can only be achieved when it is freshly harvested, freshly roasted, freshly ground, and freshly brewed,” says Roastmster Mason Brown. “Then the  potential of coffee as a culinary beverage can be realized.”

These coffees can be purchased in three-quarter pound bags at both restaurant locations beginning this Friday and through their online store at twobrothersbrewing.com shortly after.

The Two Brothers Brewery is owned by brothers Jim and Jason Ebel who developed a passion for flavorful specialty beers while living in France.  After returning to the states, they had trouble finding craft beers in Chicago so they opened Two Brothers Brewing Company in 1996. The brewery resides in a 40,000 square foot facility 30 miles west of Chicago in Warrenville, IL.  After 15 years of providing great craft beer to the Chicagoland area, they still seem to be continuously expanding.  Their newest venture in 2011 was the opening of Two Brothers Roundhouse restaurant and brewery in Aurora, IL.