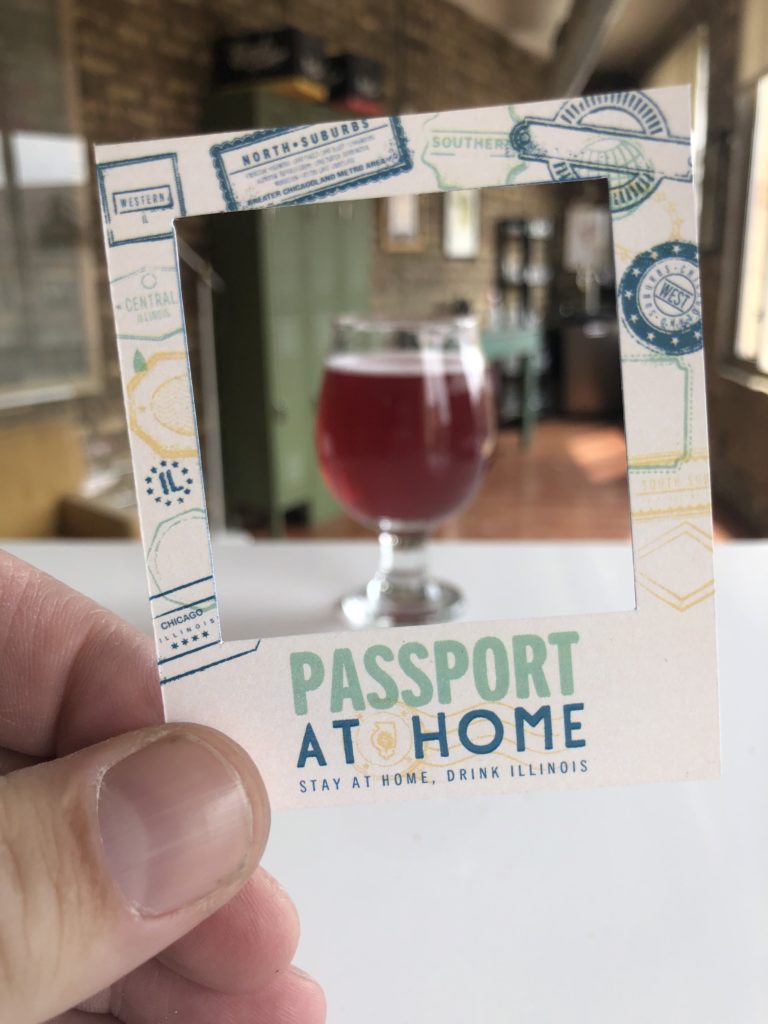 For weeks, we’ve been advocating for you to visit your local breweries and bottleshops and patronize them directly to help them out in these crazy times. Now, the state’s Brewers Guild has announced a contest to help even more folks get out to the taprooms.

This program offers drinkers around Illinois another reason to get out and grab some beers from any of 100+ breweries. The full list of participating breweries is available on the Choose Chicago site. Just take a photo with the Passport At Home frame, post it to social media and you can win a $25 gift card to … you guessed it, an Illinois brewery.

The contest runs from Friday, May 8 through June 4th, with a winner each week. If you needed another excuse to make another beer run each weekend, here you go.

Not sure where to go to find those breweries? Good news — our Chicagoland Brewery Map has everything you need.

CHICAGO, Ill., May 1, 2020: The Illinois Craft Brewers Guild, the nonprofit trade association that supports the state’s craft beer industry, today announced the launch of Passport At Home, a program designed to celebrate and reward consumers for supporting Illinois craft breweries.

This year, however, extended stay-at-home orders in place and uncertainty about what the summer months hold for taprooms and brewpubs caused organizers to reimagine the Passport program.

Passport At Home kicks off Friday May 8. Craft beer fans who purchase beer (pickup or delivery), gift cards, or merchandise at one of 100+ participating breweries will receive a Passport Frame with their orders. Then, they are encouraged to post a photo of their purchase in the Passport Frame to social media, tagging the brewery and #passportathome.

Each week, Passport At Home participants will be automatically entered into a weekly drawing for a $25 gift card to the brewery of their choice, infusing additional funds into our breweries. The Passport At Home program runs May 8 to June 4, with weekly contests running Fridays through Thursdays. A full schedule is below.

“Now more than ever, we want to celebrate and reward craft beer fans across the state for making the choice to drink beer brewed here in Illinois,” said Danielle D’Alessandro, executive director for the Illinois Craft Brewers Guild. “And we want to have some fun at the same time! Every order, whether a four-pack to-go or a gift card purchased for a friend, is critical to helping our member breweries sustain during this challenging time. We are tremendously grateful for everyone who supports their local breweries, and Passport At Home is a small token of our appreciation.”

Participating Locations
Participating breweries can be found in the Illinois Craft Brewery Guide, which in addition to listing Passport At Home locations, includes detailed information about how you can support local breweries through takeout/delivery, fundraisers and virtual tip jars.

About the Illinois Craft Brewers Guild

The Illinois Craft Brewers Guild (ICBG) is a nonprofit organization dedicated to supporting the development and expansion of the craft beer industry in Illinois. Founded in 1997, ICBG focuses its efforts on member and consumer education, legislative and regulatory advocacy, and the promotion of its member craft breweries. Learn more at www.illinoisbeer.org and follow along on Facebook (Illinois Craft Brewers Guild), Twitter (@IllinoisBeer), and Instagram (@ILCraftBeer).

Meet the ICBG’s Passport At Home Program; Drink On Your Couch With Purpose was last modified: May 4th, 2020 by Karl