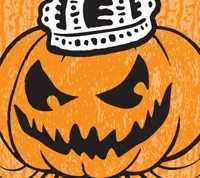 Now that the yoke of Fall Beer Freedom Day has been lifted from my shoulders and the date is receding into the distance, I find myself doing exactly what I suggested everyone else do (which should come as some solace, in that I can take the advice that I dish out). I’ve been going a little nuts on all different kinds of seasonal beers, Oktoberfests and pumpkin beers in specific.

Rather than dive headfirst into three paragraphs each in some vain attempt to bolster our hit count, I thought I’d dump a few hundred words about all of them so perhaps, you may enjoy the things we have and avoid the stuff that we didn’t. 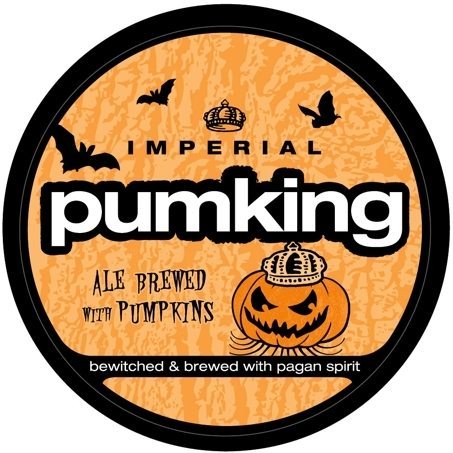 Hello, Pumking, my old friend. I’ve come to drink with you again.

Does this seem…thinner to anyone else? Like, not watered down but just lighter? Pumking of my memories was a king-hell syrupy bastard of a beer, hefty and full of booze and pie crust and pumpkin spice and Cool Whip and anger. Now it’s like someone took 2k9 Pumking and dialed it back to about a 6.

The orange-tan-copper color is consistent, though, and there’s no real head retention to speak of. It smells great — graham cracker crust like wow — and it tastes good, too. There’s a nice light bitterness to it, and it’s pretty well-balanced. The finish is pile-of-leaves-in-November dry, but sweet.

Maybe I shouldn’t be comparing this to Pumkings of Yore. Maybe I should just consider it on its own. By itself. Is it a successful pumpkin beer? Yeah. Yeah, it is. I like it. I drink Southern Tier about twice a year — a Pumking, and then I’ll take a random flyer on something that seems slightly interesting. I count on Pumking not to let me down every autumn. This one didn’t.

“Pumpkin pie in a bottle” is all I hear about this one this year, and I suppose it’s true enough. I’d change that description by adding a single word: candy.

Because daaaaaaaaamn is this beer sweet. Like, sharply sweet. Not rounded, mellow, relaxed and groovy maple-brown-sugar sweet. Sharp, bright, aggressive sweet — like mixing a palmful of raw sugar into a can of pumpkin preserves. That said, I did like this better than previous O’Fallon pumpkins, as this year seems to be richer and deeper in flavor than previous years, which to me seemed a little too watery.

It passes the main test of a pumpkin beer, which is: Would I buy this again this season? The answer is yes, I would. 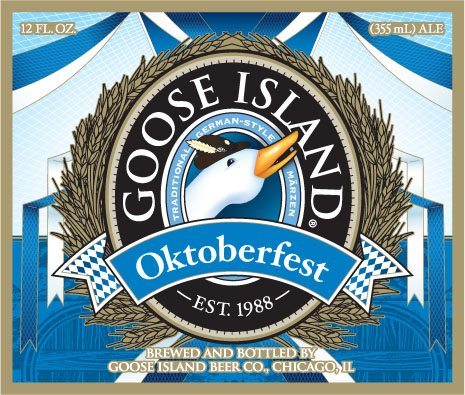 I could get used to this. A big, frothy, pillowy mocha-tan head tops off a deep dark-chocolate brown beer. Rich in savory, earthy notes like dark-roast coffee, cola and something root beer or sarsaparilla-y. There’s a nice dollop of vanilla followed by a brace of hop bitterness at the end and Bully finishes surprisingly dry. The bottle conditioning adds a little tang of complexity. See all that stuff? Man, there’s a lot going on here.

All that adds up to a damn fine porter.

If ever there exists a world in which I would say something like “I could go for an Edmund Fitzgerald, but I want something a little lighter bodied,” remind me of this beer.

I bet if this was JUST the cocoa porter, it’d be pretty good. But then beneath “cocoa” on the label, reads this:

Oh, it’s special, all right. From now on, think of it like this, brewers:

If it makes a good candy bar, it’ll probably make a pretty good stout or porter.

I can see why the idea would enter your head, sure. People like chocolate. People like honey. Why wouldn’t people like both? And sometimes, these crazyassed pairings work — for example, my second favorite hamburger in the Midwest, the Elvis’ Supper at the Bad Apple, takes ground beef and tops it with peanut butter. And it’s inexplicably awesome.

Look, it’s not awful (despite the above hundred words or so), it’s pretty drinkable. Once. And remember that Tommyknocker makes some legitimately good stuff — go pick up their Tundrabeary when it’s available. But this? Pass. 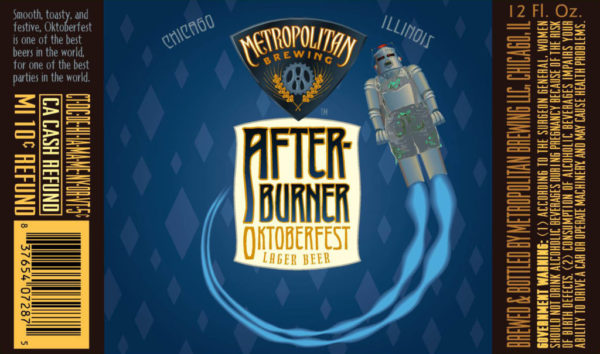 Hot damn, this is a Oktoberfest to tell your friends about, and your co-workers, and the guy at the bar next to you until he tells you to shut the eff up or gets up and goes to the bathroom to get away from you.

My Oktoberfest impressions this year have been on a rising scale: I started with the Goose Island (see above) to the Great Lakes (pretty good!) and finally to the Afterburner (oh shit this is where it’s at). I don’t think I’m going to try any more, because I’m afraid that there’s nothing but disappointment left.

Every year, someone writes a big piece about how pumpkin beers suck and they’re just ales with pie spices and what’s the big deal anyways. (This year’s honor goes to the latter graf in this RedEye piece.) The Punk’n from Uinta and other beers like it is probably a big reason for that.

Light, fizzy, damn near zero pumpkin flavor and just a dash of nutmeg and cinnamon, this beer committed the cardinal sin of making me feel ripped off. It would be forgettable in every aspect if it didn’t make me mad — they could switch the labels and produce this year round as a simple spiced ale and no one would know the difference. Beers like this make me inclined to agree with that RedEye piece.

I am out of words for my level of dislike for this beer. Until I come up with a new beer to hate, that is, which will probably be New Holland’s Ichabod because I’m stupid enough to try it every year. 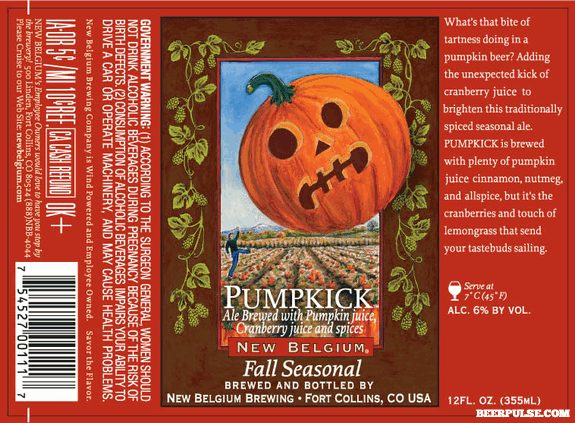 This beer is a study in perspective and perception. When I tried this at first, it was a disappointment — I was expecting some strong pumpkin heartiness based on the name and the imagery. Lo and behold, it’s not just pumpkin in this one — there’s cranberry too. (Why? Who knows.) And I had initially thought it was a little spicy, a little tart but otherwise just kind of off. When I realized there was more to this than just straight-up gourdiness, I mellowed out on my opinion.

Pumpkick isn’t great, but it’s interesting. Rather than dismissing it completely, I imagine I might give this one another try on draft if I could find it. (After I drank all the other pumpkin beers first.)

Either I’m different or this beer is. My brain told me this was a creamy, almost sludgy-thick porter rich with coffee and roasted malts and complex smoke and other awesome porter-y stuff. This was a can of kinda mid-body, not too noticeable, coffee-minimal easy drinking porter-esque stuff.

I’m leaving this up to the benefit of the doubt, because I refuse to believe there could be such a huge gap between my perception of what this was and what it is. What it is…isn’t bad. But I’m still looking for more.

So, what are you drinking this autumn?