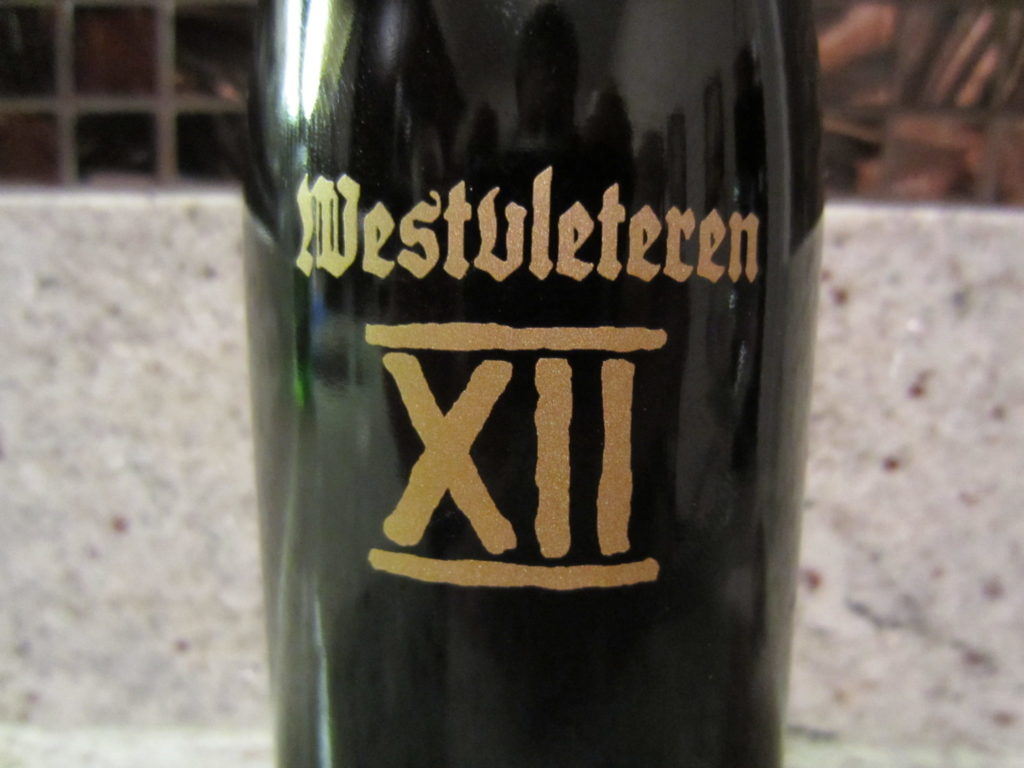 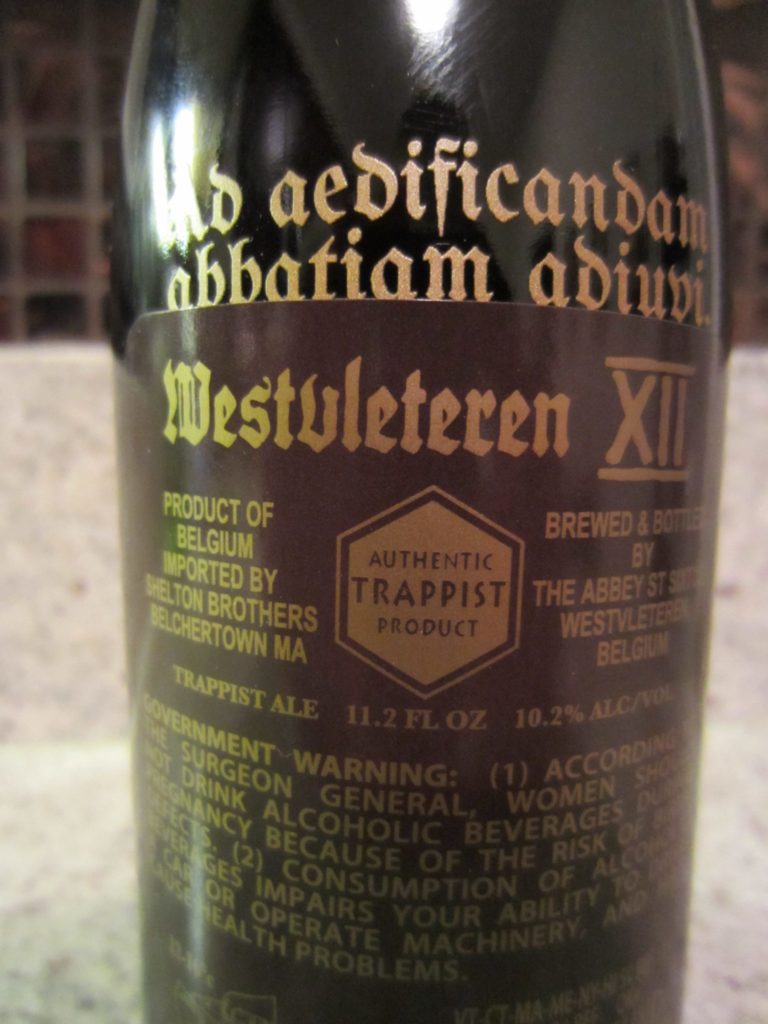 Andrew: Avid readers of our site (HI MOM!) probably realize that we don’t dabble much, if at all, in import beers. It’s not that we dislike imports, but rather with our limited time, resources (see: money) and the seemingly never-ending selection of awesome domestic craft beer, we pretty much just keep to beers brewed in the states. However that all changed for me when I realized that I had an opportunity to taste one of the most sought-after beers in the world…the Trappist Westvleteren 12, AKA Westy 12.

The story began two months ago, when I found out that a friend was headed to Europe for a family vacation.

Me:  “Oh, that sounds fun! Where are you guys planning to visit?”
Laura:  “A lot of the typical stops, Portugal, Germany, Belgium…”
Me:  “Wait, wait, wait – Belgium? Will you have any free time there? Want to pick up some beer?”
Laura:  “You guys are pathetic.”

I pestered her with questions for a few weeks and another friend of mine, Dan (the guest contributor to this post), who just so happens to be her boyfriend, kept the pressure on at home and finally she relented and agreed to try her hardest to bring back a bottle of Westy 12.

But when she returned, she didn’t just bring back a bottle of Westy 12…she brought back multiple bottles of Westy Blonde, Westy 8 AND Westy 12. SWOON! With my quest for Trappist Westvleteren 12 complete, there was only one thing left to do.

This beer was an incredibly balanced, unique, complex beer that I’m still trying to figure out. This is a recipe that has been around since 1940, so I suppose I shouldn’t be all that shocked.

The Westy 12 poured a beautiful hazy dark brown with a light brown, foamy head that dissipated quickly. The nose was an intense combination of sweet, bready malts, dark fruits, spices and booze.

The taste was that of something like cinnamon raisin bread, or date bread (is there such a thing?) with an awesome dry, boozy burn on the back-end that you’d expect from a Quad. I also picked up hints of chocolate and molasses. The carbonation was especially pleasing – small, easy to deal with bubbles…seems like they used champagne yeast or something similar.

I walked away from this beer completely blown away by the balance and complexity in the flavors – it’s something that a lot of beers come close to, but don’t quite accomplish.

This beer was worth the wait and lived up to all the expectations. Now it’s your turn to find some.

Dan: Hello all! It is a pleasure to write for such a distinguished beer blog with its fine authors and readership.

First, I have to give a big shout out to my girlfriend Laura, who was kind enough to force her family to spend an entire day searching for the elusive Westvleteren. She came back with a few bottles of 12 (one of which was opened for this tasting, the others will be aged), two of 8, and some Blondes.

Upon opening the bottle, the scent of booze wafted into my nose. I know Westy 12 weighs in at over 10% ABV, but I wasn’t expecting it to be so forward on the nose. Not in a bad way though, it functioned to remind you that you are about to have a very hefty and substantial beer.

We poured it into the Westvleteren goblets. The head was fairly small.

The flavors that ensued were so complex and numerous that it is pretty hard to describe. I’d agree with what Andrew said – cinnamon raisin bread is what first came to mind. Somewhat yeasty and you picked up other warm spices as well – cloves, perhaps. Dark fruits, some caramel as well.

Nice mouthfeel, not too thick but there is substance there.

Looking forward to trying this once it ages for a while. There’s a lot of hype surrounding this beer, and I feel that it has lived up to that hype. If you happen to be in Belgium, please send me a case. 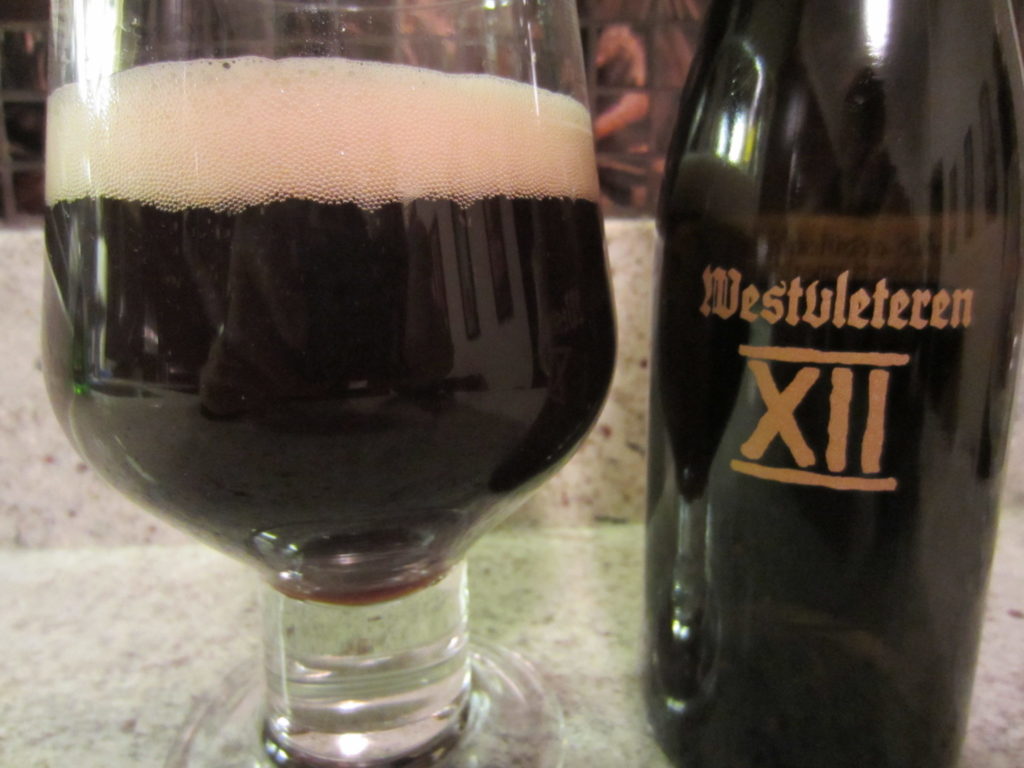 Ryan: “Is it really THE BEST BEER IN THE WORLD?” Karl asked, a day after I popped open the first of six bottles of the Westvleteren 12.

Chicago, and much of the country, was just coming down from the Westypocalypse – worn out from tales of long lines, limited stock and disappointment. I completely lucked into a “brick”- the stars aligning just right with a smaller than anticipated line at the Lincoln Park Binny’s and an opportunity to slip away during the late morning hours the day it was released to secure my six bottles and two chalices.

So is it really the best beer in the world?

I don’t know if I will go quite that far – but I will say it was remarkably unique and unlike anything I had ever drank before.

Take a whiff and you get a mix of aromas that are fresh from a bakery; raisin bread, warm cinnamon rolls covered in gooey frosting, dates and heavy cream. I had never smelled something so wonderfully complex and sweet.

More From GDB:  Here Comes the 'Best Beer in the World' -- Westy 12 Heading to Binny's

It took a few sips to really begin to experience, and appreciate, the complex flavors of the Westvleteren 12 – in part because it’s hard to get past the velvety smooth and creamy mouthfeel of this beer. It’s almost like those first few bites into a cream filled piece of chocolate candy.

Flavors of dark fruits, namely plums and raisins, mix wonderfully with apple butter on toast or honey on a flaky biscuit. It’s like a high-brow continental breakfast in a glass. 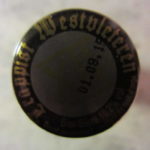 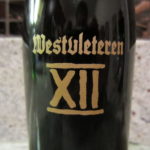 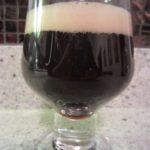 The carbonation is just right with the aforementioned tiny bubbles dancing across the palate.

The finish is sweet and pleasant with a lengthy tail that lingers long after each swallow – punctuated by a slight alcohol burn.

As it warms a touch of mint sorbet begins to emerge acting as a palate cleanser to prepare you for the next sip.

On second thought, maybe this really is the best beer in the world.