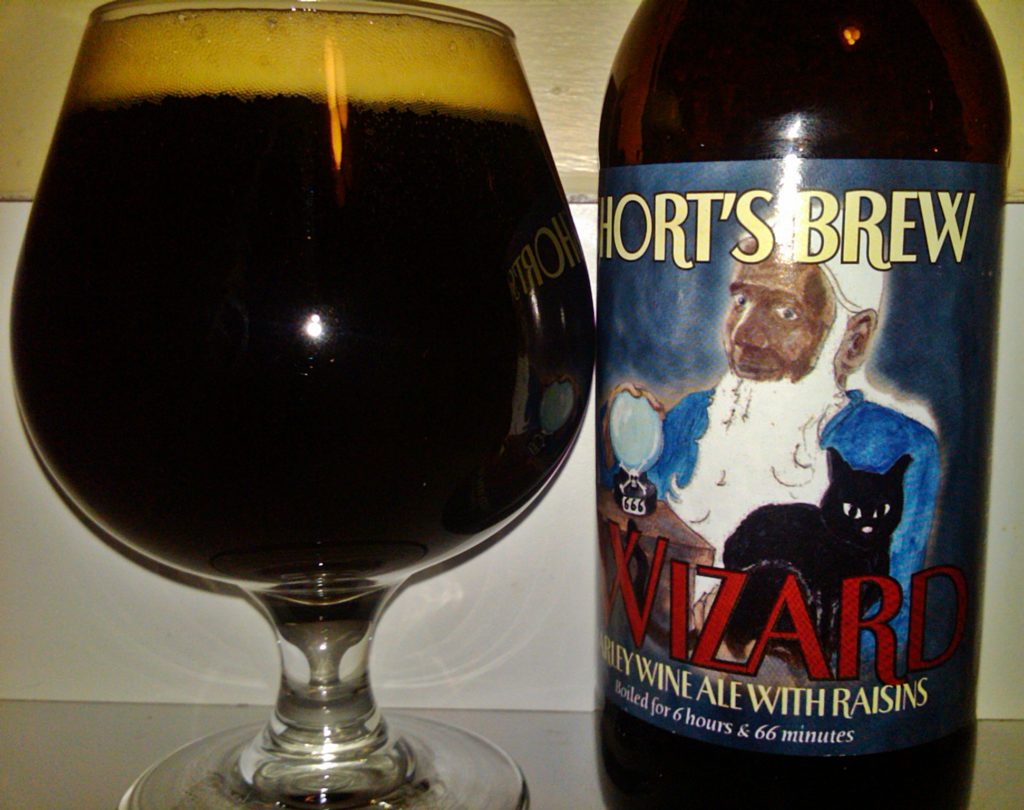 “Short’s first barley wine is a force to be reckoned with! From its batch number, to its identical boil time of 6hrs and 66mins, this deep dark amber ale holds some epic warming flavor. A monstrous malt bill creates a full bodied behemoth with high residual malty sweetness of caramel and toffee. These colossal flavors are then enhanced by ample additions of raisins during fermentation.”


Of all the beers I’ve sampled since we started GuysDrinkingBeer.com, this one required the most notes.  Two pages worth.  I know that may not sound like a lot, but I usually try to be a man of few words and just bullet point things as I go along.  But this barleywine from Short’s was so complex it demanded more page space.  This was a malt monster that had an unparalleled amount of sweetness and a relatively undetectable amount of booze.  This tasted as good fresh as a number of three to four year old English barleywines I’ve sampled.

Poured in to a snifter, Wizard appears a dark, murky dark brown to black in color with a frothy tan head that clings to the glass.  I was enamored with the carbonation of this beer – watching bubbles rise, almost in slow motion, to the top of the glass.  This beer smells very sweet and malty with aromas of dark fruits, figs, plums, raisins and maple syrup.  At first, when you take a sip, there isn’t much on the front end of this beer.  But, if you give it a second, the raisins coming crashing through followed by flavors of dried prunes and a subtle nuttiness.

Judging by taste alone, this is very similar to an English barleywine.  There is not much of a hop profile to speak of.  Nor can you really pick up a lot of alcohol.  There is a bit of a burn as it warms, but overall the booze is very well hidden for an 11% ABV beer.   Also, as it warms, you’ll pick up a bit of molasses and what I am convinced is cocoa.

This was a remarkably easy drinking barleywine that I would pit up against any aged English Barleywine in your cellar.  The maltiness and sweetness were spot on and the addition of the raisins added an extra complex layer to this beer that really put it in a class by itself.