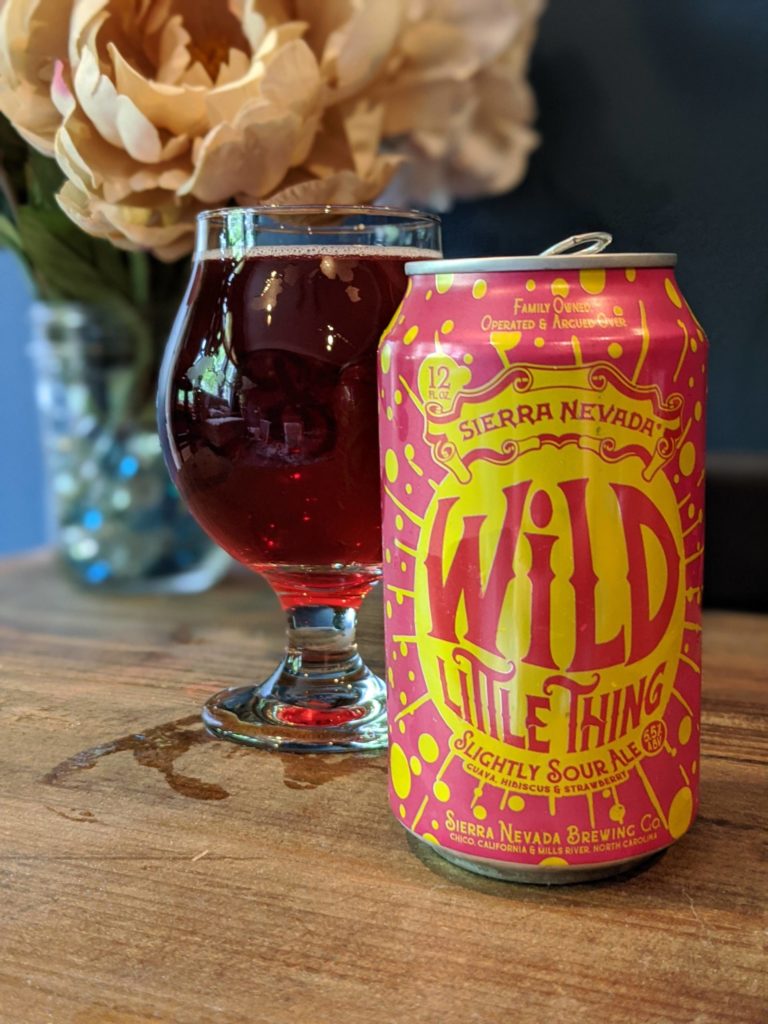 This wild little thing is hitting all the right notes.

I encountered this beer in a mixed case from Costco, of all places. I mean, when fresh Sierra Nevada cases pop up for $24.99 and the beers were canned just 5-6 weeks prior, that’s an easy decision to make. (I didn’t know at the time the age of the beers, but given that I hadn’t seen SN in Costco lately, I figured it was safe … as opposed to the palette of Boulevard Space Camper that was still there since March.)

Flavor-wise, “slightly sour” is spot on. Just a tiny little zip of sour tang on the finish while the rest of this is awash with fruit punch flavor — and Hawaiian Punch color, too, for the most part. Darker, deeper than juice but with the right sparkle and kick. Boasting guava, hibiscus and strawberry flavors, none of those outshine the other in a noticable way; rather they all blend together beautifully to add up to a whole greater than the sum of its fruity parts.

Very clean flavors, as you’d expect from SN. Delicious. Refreshing. It might be a bit early, but could this be the beer of the summer? It’s a strong maybe. It is a touch sticky — but nowhere near the heavy stickiness of something like a Rev Rosa, for example. Rosa’s a beer I love and am happy to have back this summer, but it does get a touch syrupy and it packs more of a punch for a day drinker. I appreciate Rev’s hibiscus-specific outlook with that beer, too — but when I want something a little less floral and a bit sweeter, this is a great choice.

More From GDB:  Our Favorite Winter Beers to Cellar

This could be another one of those conversion beers — throw this to someone who usually drinks a Straw-Ber-Rita, for example. And if you ever hear someone complain about seltzers being okay, but too light? Give ’em a Lil’ Wild. The 5.5% ABV will kick things up a notch from your run of the mill seltzers, too.

I know. This is a bit of a rave. It is what it is. This is a really good beer that delivers what it promises — a bit sour, a bit fruity, fully crushable and worth repeat visits. See it? Grab it.