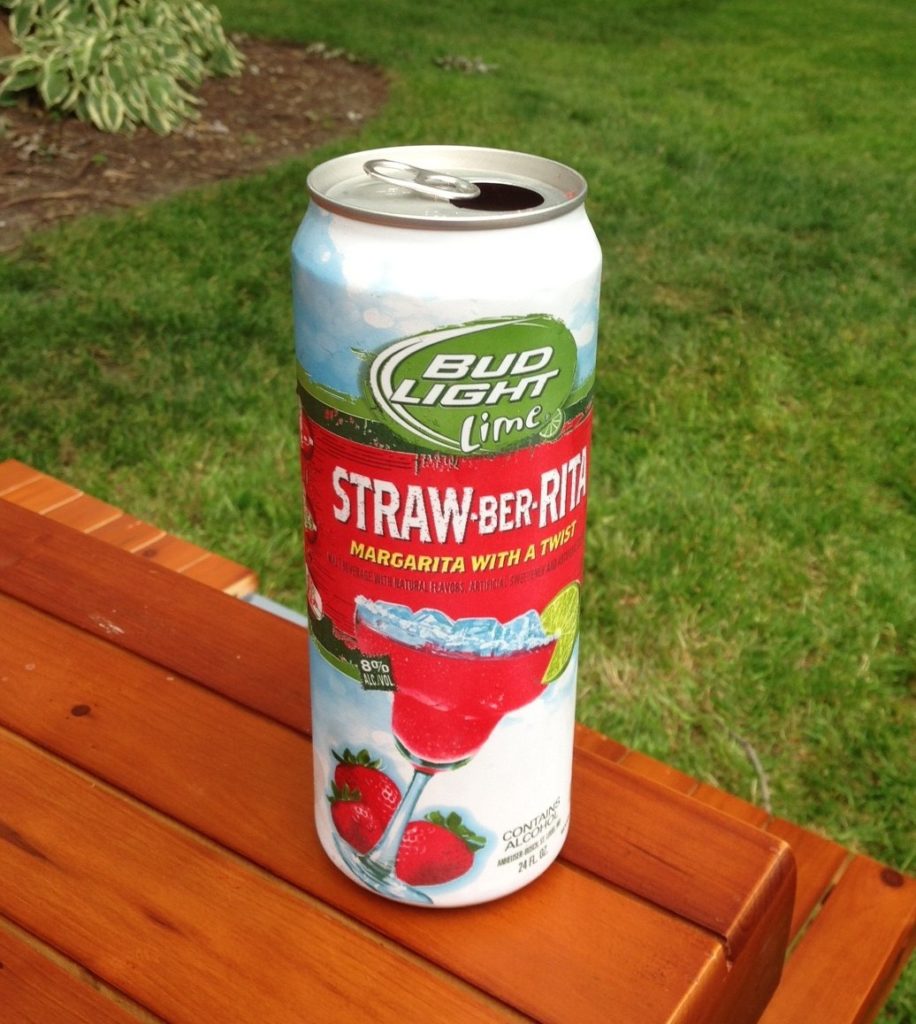 We’ve threatened to do this for some time now (okay, it was really just me because I have some sort of beer-guy masochism streak running through me a mile wide) and finally, during this week of celebrating freedom, I dove in headfirst. I purchased, opened, consumed a Bud Light Straw-Ber-Rita.

There’s not a lot to say, really, other than this:

As this is a Flavored Malt Beverage, calling this a beer is bordering on fraud. We’ve tried Bud Light Lime before as well. It wasn’t the end of the world — get it cold enough, sit yourself by the pool, and it’ll go down decently enough. This is not Bud Light Lime. This isn’t a beer with some chemical flavoring dumped on top of it and a nifty new logo slapped on the can.

Looking for some coverage of better fruit beers? Check out our review of Short’s Strawberry Shortscake or New Glarus Raspberry Tart.

Looking for other Anheuser-Busch related coverage? Check out all our Goose Island reporting, our Save The Craft campaign as well as the times we tried Shock Top Pretzel Wheat and Shock Top Campfire Wheat.

Labeling this with a Bud Light logo and getting people to think it’s beer is the alcohol equivalent of casting the Bee Gees in the Sgt. Pepper movie. And yes, in that metaphor, I just cast Bud Light as the Beatles. That should give you a sense of how this “product” performed.

It doesn’t even resemble a margarita, either. It’s just fruit punch slush with ethanol in it. No brace of tequila back there (which can be done in a beer — remember Tequiza?) and zero lime mixed in — just a sticky, sugary, Mike’s Hard Lemonade by way of Bud Light Michelada that is neither refreshing nor entertaining.

More From GDB:  AB InBev & WEDCO; It's Too Quiet

It is, however, at 8%ABV in a monster 24 oz silo can, intoxicating. The rush of sweetness mixed with the malt liquor goes right to your brain much like I imagine the difference between crack and clean uncut cocaine. It’s a dirty high, and a quick one. I tried to verify if this was laden with corn syrup; there is no easily searchable ingredients list for this FMB so I can’t confirm the fructose level here; I assume that it is quite high, however.

Sometimes you can drink something terrible, while knowing it’s terrible, and still have a good time doing it, even if it’s in a ha-ha-look-at-me ironic sense of enjoyment. This wasn’t even fun. This was just frustrating.