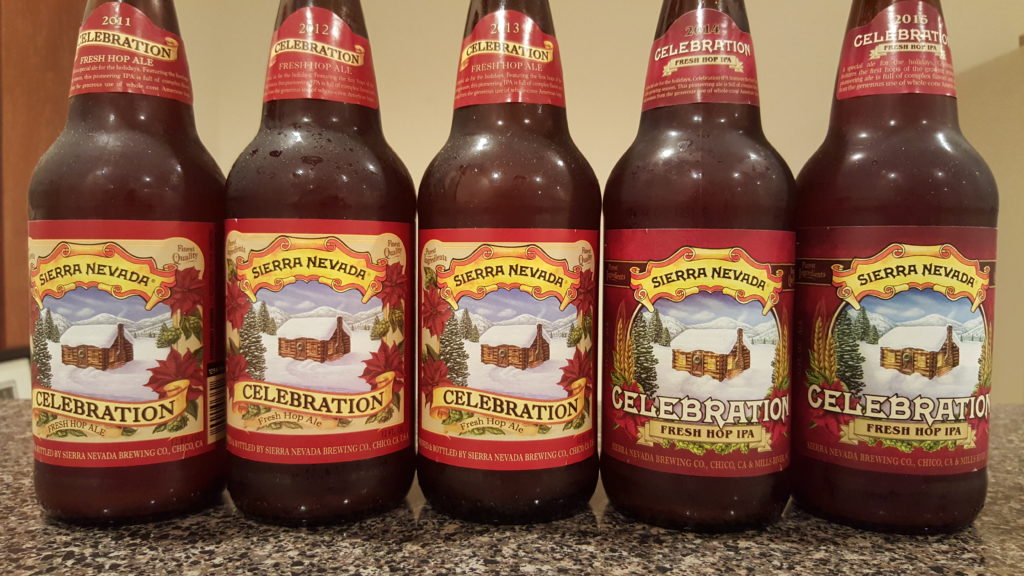 There is a reason Sierra Nevada Celebration is one of the most frequently cellared beers, despite being a fresh hop IPA. 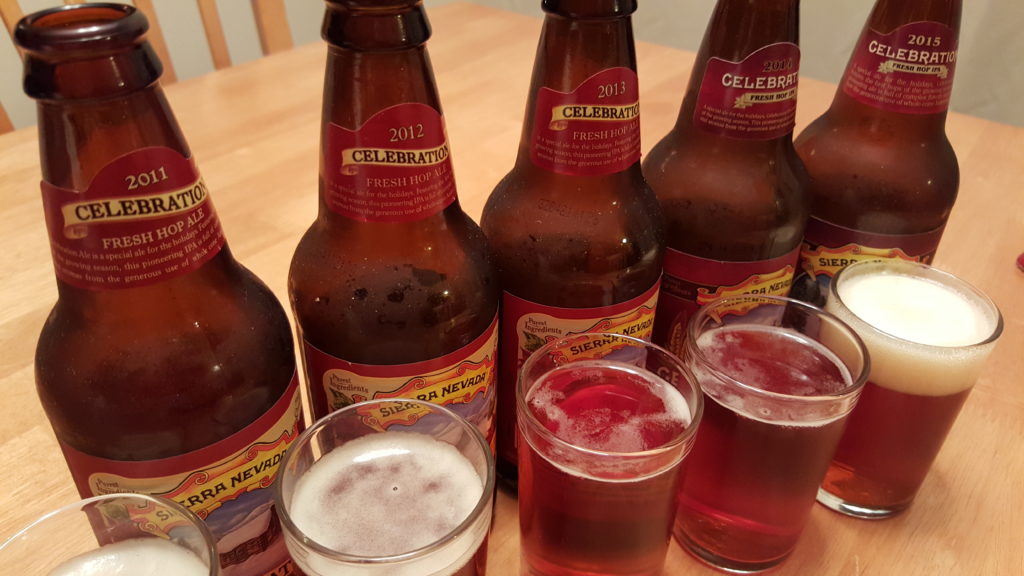 When I first began cellaring beer I relied on the internet and word of mouth to determine what beers to set aside and for how long. And Sierra Nevada Celebration kept coming up, time and time again, as a prime candidate for the cellar.

It’s odd because the style isn’t one you’d initially peg to be cellared. I mean, we have cellared Double IPAs and a stout before, but that was more of an experiment than anything mainstream. Typically high ABV beers are good candidates to be cellared. And while Sierra Nevada Celebration’s 6.8 percent ABV isn’t anything to sneeze at, it’s probably below a common benchmark of 9 percent ABV, or so, on up.

This hasn’t stopped people from cellaring it or bars, like Bricks on Lincoln Ave in Chicago, for hosting annual verticals of Sierra Nevada Celebration. Sadly, it looks like the Bricks, on Lincoln near Wells, didn’t tap the vertical this year. However Big Bricks, further north on Lincoln, has 2016 Celebration and 2013 Celebration on tap, per Beer Menus.

So what makes Sierra Nevada Celebration such a great candidate for the cellar? The flavor. Sierra Nevada goes big on both the hop profile and malt base, making for a hefty IPA that is expected to mellow with age. So does it? Let’s find out.

A pleasant blend of orange peel and apple butter on the nose gives way to a beer that’s still surprisingly hoppy. The hops are a little less intense, trading piney and grassy for citrus and grapefruit. The malts have certainly mellowed, as this five-year-old pour is creamier than its fresh brethren with a balanced, herbal finish.

Livelier carbonation in a four year pour of Sierra Nevada Celebration provides a zip line for grassy hops and sweet caramel malts to glide across the palate. The finish is crisp and clean — almost lager-like.

In the past we’ve found the middle year of a vertical either strikes a perfect balance or is a hot mess. A three-year-old pour of Celebration is the former, thankfully, with bright, clean and citrusy hops against a backdrop of brown sugar and caramel hard candies.

Predictably the fresher this beer gets, the hoppier it gets, and the more the malt shines through too. Once soft hops become a bit more aggressive with just a one-year-old pour. Pineapple and grapefruit wash over a peanut brittle sweetness

Fresh and astringent with a piney, dank hoppiness, this resinous, earthy and grassy fresh hop IPA reminds us why we cellared this beer in the first place. The malts kick in mid sip to provide a semblance of balance before a grapefruit zest finish rains down on the taste buds.

This is a fun cellaring experiment of a beer that is fantastic when drank fresh, but is equally as good — for very different reasons — when aged. We’re sitting on more bottles of this and will crack into a 10 year vertical of Sierra Nevada Celebration in late 2019 or early 2020.