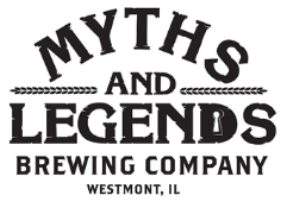 A trademark dispute is forcing Urban Legend to change its name to Myths and Legends Brewing Company.

Urban Legend, a small Westmont brewery in business since June 2013, announced today that they’re changing their name to Myths and Legends Brewing Company based on a Trademark issue with a west-coast winery.

The PorchDrinking site has more on the details on the rebranding here, including an explanation behind the new name. Urban Legend joins the ranks of Mercenary/Maplewood and Atlas/Burnt City as Chicago area breweries who’ve been forced to change names.

Urban Legend has already had something of a mythic history since day one. During my research for the Beer Lovers Chicago book, COO Shannon Hancock explained that UL  started with “a partnership between a homebrewer and a plumber,” as she put it.

A mysuburbanlife.com story about the brewery’s opening back in 2013 can be found here while a Trib Local piece is here.

Soon after opening, there were operational disagreements between the business partners and the aforementioned homebrewer Hancock mentioned above — Tim Hoerman — then bought out his shares in the business and went on to open his own 51st Ward Brewing.

(Beer fans with long memories may remember the competing Krispy and Krispier Karl Russian Imperial Stouts from both 51st Ward and Urban Legend in 2014.)

Since then, Urban Legend has released dozens of beers, including the Scylla’s Grasp pale ale, the Mugshot porter and the Coopers Parachute IPA.

Urban Legend officially becomes Myths & Legends on August 22. Before the press release from M&L’s distributor announcing the change, here’s a look at some of Urban Legend’s labels through the years. 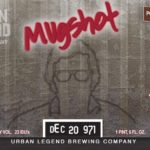 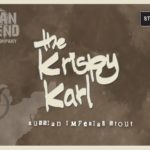 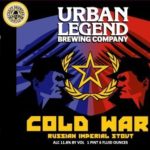 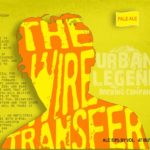 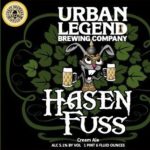 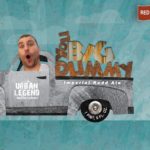 The Chicagoland beer distributor continues distribution of the brewery formerly known as
Urban Legend Brewing Co., which officially rolls out the new brand Aug. 22
with a series of launch events

“We have enjoyed a strong relationship with Urban Legend and are excited to support them during this transition,” Glunz Craft & Specialty Import Brand Manager Anthony Norkus says. “We want to congratulate the team on the name change to Myths and Legends, and cheers continuing to bring innovation to Chicagoland’s beer landscape.”

Myths and Legends COO Shannon Hancock says, “Glunz has helped us expand across the Chicago market. As a small and local brewery, Glunz has helped us in ways we would not have been able to do. We look forward to continuing this very beneficial relationship with our new name.”

The name change maintains the values of the brewery, Hancock explains. “We chose the name Myths and Legends because it represents who we are: people who tell interesting stories with our beers. The name is similar to Urban Legend, and it allows us to further embrace the myths, legends, and other stories we love sharing.”

Myths and Legends Launch Events
Beginning tomorrow, Myths and Legends toasts its name change with events throughout the greater Chicago area and with specials in its taproom (1115 Zygmunt Circle, Westmont, IL; 630.442.7864), including:

Each one of Myths and Legends’ beers has its own unique story and taste, inviting beer drinkers to delve in. The brewery continually innovates and frequently offers new one-offs and seasonal beers. For more information, visit the forthcoming website at www.mythsandlegendsbeer.com, Facebook, and Twitter @MythsAndLegendsBeer.

For more information on Glunz Beers and its brewery partners, visit www.glunzbeers.com.

(Editor’s Note: We receive a ton of beer-related press releases, but we’ll only bring you the ones we think are relevant, fun, interesting, cool, newsworthy, or offer something we’d be interested in checking out ourselves.)