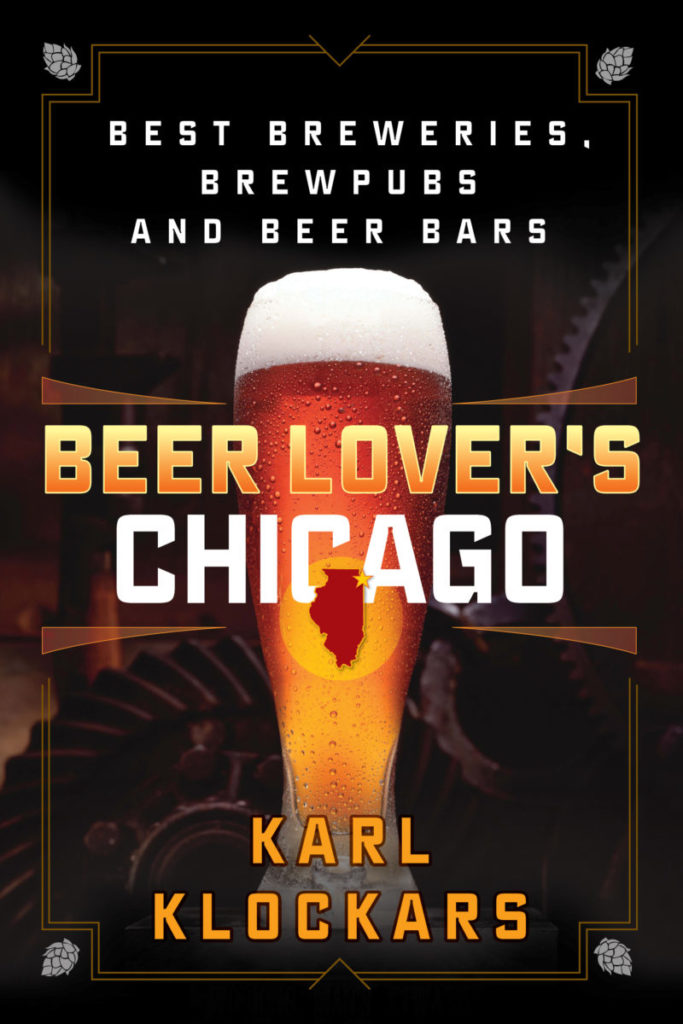 Free stuff is great — especially when it involves hundreds of pages of beer knowledge.

Last month, Beer Lover’s Chicago — a tome of beer knowledge all about breweries, beer bars, brewpubs, beer-friendly restaurants and more, written by our own Karl Klockars — was released to epic fanfare and rave reviews. Quoth the Chicago Reader:

“Klockars’s conversational writing style makes the book an easy read, but don’t mistake his tone for an attempt to cover up a lack of research…[it’s] the kind of book you’d be tempted to read cover to cover…Beer Lover’s Chicago tells you not only what’s going on, but also how we got to where we are today.”

Sometimes I find guidebooks to be without substance. Not so with this marvelously well-researched + utterly rad Beer Lover’s Guide to Chicago. Bravo, @guysdrinkinbeer. Go get one, guys. pic.twitter.com/FtOj6hQu1Z

And now you can win one! To keep the fun rolling on into 2018, we’re giving away a few copies of the book to lucky readers and social media followers.

Every person who subscribes, likes and follows will be entered into the mix for a chance to win. Already an email subscriber? Guess what! You’re already included in the contest just for being totally awesome. Already following us on one of those other channels but want a chance to win? Well, now’s  good time to add us wherever you see fit.

You can follow us on Twitter, too, but since half of that platform is Nazis and spam accounts at this point, we’re excluding Twitter follows from the contest. Nothing personal.

Signups will be collected for one week, until 11:59 on Monday, January 22. At that point we’ll proclaim a few winners, and reach out to you directly to get your contact info.

See? Totally easy. Daily and weekly beer knowledge and the chance to win a free book about beer. It’s a big win-win. And if you can’t wait that long, go ahead and purchase it through Amazon and have it in a couple days (or immediately via e-reader). That would be great too.