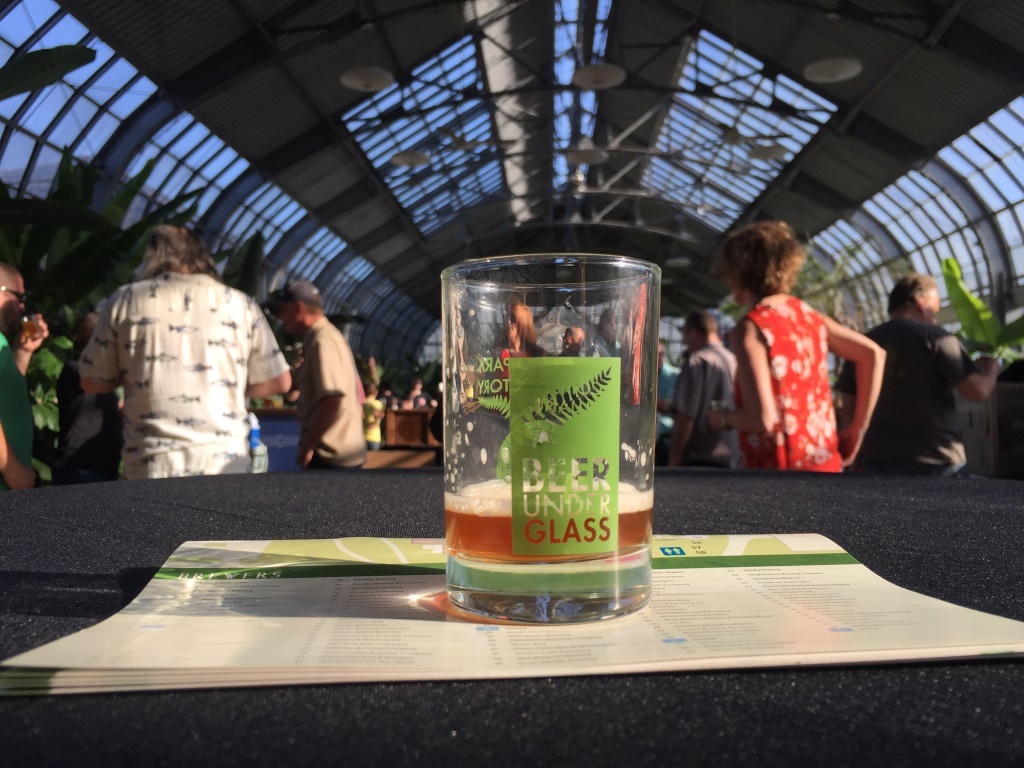 Sometimes you just gotta sit on things for a while and reflect on them. Other times you just get busy and life keeps moving. In any event, here we are with a couple weeks perspective on Beer Under Glass 2017, and the shortened CCBW as a whole.

Two of us fine gentlemen ventured out into the warm (then REALLY cold) Chicago night to attend the annual kickoff event for Chicago Craft Beer Week, and came away with the following impressions and pictures of beer and plants. Please to enjoy.

As always, my first stop was to find the folks from Scratch Brewing, who didn’t disappoint with their Wild Cherry Biere De Garde with Dark Matter Coffee. It was one of the few coffee beers where the coffee takes a back seat to the other wild ingredients but still plays nicely with them — and was all the better for it.

If you had any questions about who’s the current belle of the local-beer-scene ball, I wandered over to Mikerphone’s table about a half hour after opening, and they were already closing up shop — the crowd drank ’em dry in next to no time. Nice to see that kind of enthusiasm is still out there. Reminds me of the early BUG days when Pipeworks had lines down the conservatory block and around the corner. Now get off my lawn, you kids. 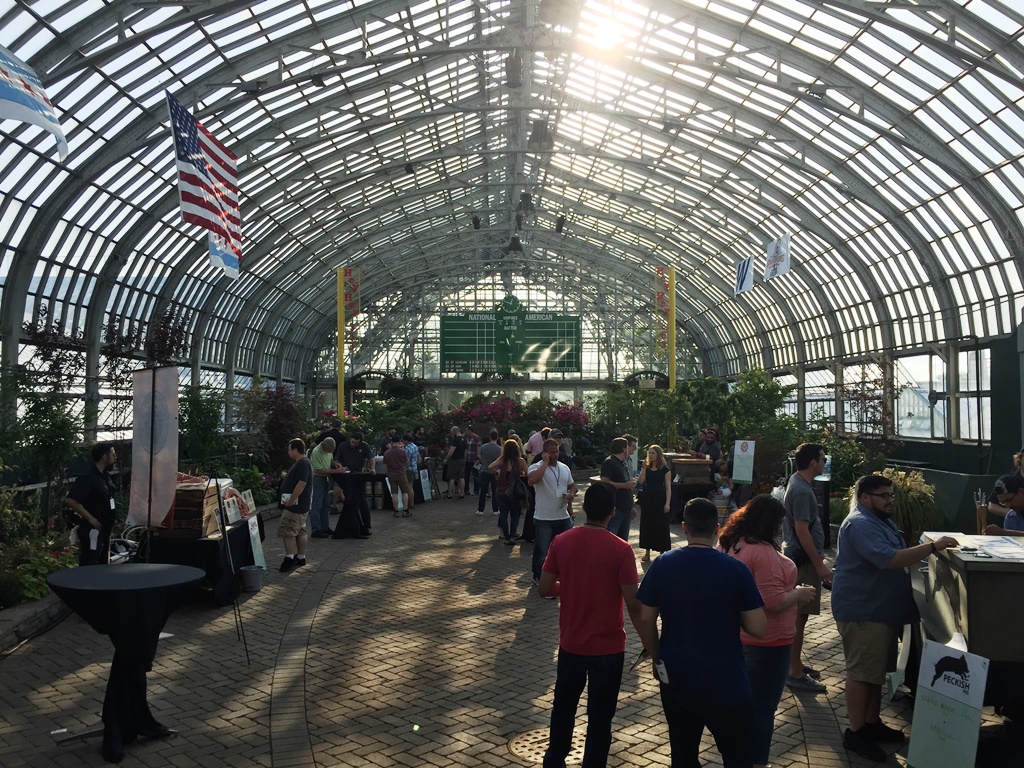 Band of Bohemia’s Peony Starflower, listed as a tea-infused ale, struck me as “the first cucumber-y beer I actually kinda like.” Refreshing and complex with flavors that could have collided into a mess, but didn’t. (Read our original Q&A with BoB here.)

Early in the evening, I decided that my theme for the evening would be to try every golden ale and kolsch that I could find, as the style returns to prominence. And I had a bunch of ’em. One that stood out was the Old Irving version, which in a sea of 100% American Beers, actually brought to mind the best parts of a good German lager. I look forward to trying more of their beers, as I’ve been following brewmaster Trevor Rose-Hamblin since his days at the Homaro Cantu restaurants on Fulton Market.

I saw thankfully few options for the NEIPA style, and the ones I tried didn’t really do much for me. I’m still waiting for the first local version to really grab me the way they seem to have taken hold with the rest of the world. For example, Forbidden Root’s collab with Three Floyds, Stay Lit, felt like a rare swing and a miss from both breweries. Maybe I’m just missing something here, but I don’t think so. I had a couple other NEIPA-ish beers, but at this late date I can’t remember much about any of them, which should tell you everything you need to know.

After the temperature dropped about 20 degrees in two minutes, my palate shifted (for some reason, can’t imagine what) to dark beers and stouts. I found Black Horizon’s Chocolate Habanero to be a refreshing throwback to the kinds of big ol’ aggressive stouts brewers were putting out a few years ago wildly aggressive chili-spice character to them. This one was sweet, rich and hot hot hot. I was into it as a great palate-adjuster in the middle of a busy night, even though I don’t expect I’d ever purchase a full bomber of it.

Hey, what was with basically every sign at every brewers station having something crossed out, or changed, or augmented, or updated? I know things change fast, but it’s like a lot of beer didn’t make the cut for public consumption, or two out of every three brewers sent through their beers, and then went, “ahhh, fuck it. Let’s just bring these.”

On my list of breweries I really wanted to to try at this year’s event was Finch — would their new beers out of their new facility with new branding and new people at the helm come out of the box swinging? Their new flagship IPA, Plumage…I found to be pretty watery and wispy. I keep hoping they’ll get one of ’em right at some point, but I don’t know how many more times Lucy can keep pulling that football out from under me before even I call it quits.

It was the sweeter beers that seemed to work best for me this evening. I was happy to find the beers from Hand of Fate flowing into the evening, and their Vanilla Cream Ale was just a big ol’ glass of happy amber-y sweetness that went down like rich cream soda. One of the first beers that started me on my path to abject beer dorkery was the vanilla ale from the long-lost Prairie Rock brewpub up in the northwest suburbs. I drank a metric ton of those on $3 pint nights, and this one was the first in a long while to bring back memories of those long lost dangerous evenings. Thanks, fellas.

My favorite beer of the night was a surprise — Skeleton Key really impressed me with their coconut pale ale. I don’t even really like coconut that much, and man, this one was good — big up front nutty flavor, paired with a melted-caramel sweetness but still contrasted with some grassy and just-bitter-enough hop bite. Good times. A bit more on them here if you’re not familiar.

And finally (and speaking of coconut), I got my hands on that Schlafly coconut creme ale right before calling it a night. I missed taking advantage of the bowl of limes they kindly brought to pair with the brew — those were gone early in the evening — but even at last pour, it delivered as promised. Coconut smoothness over a nice rich creamy light brew. I bet it’ll make a wicked beermosa with some pineapple juice. 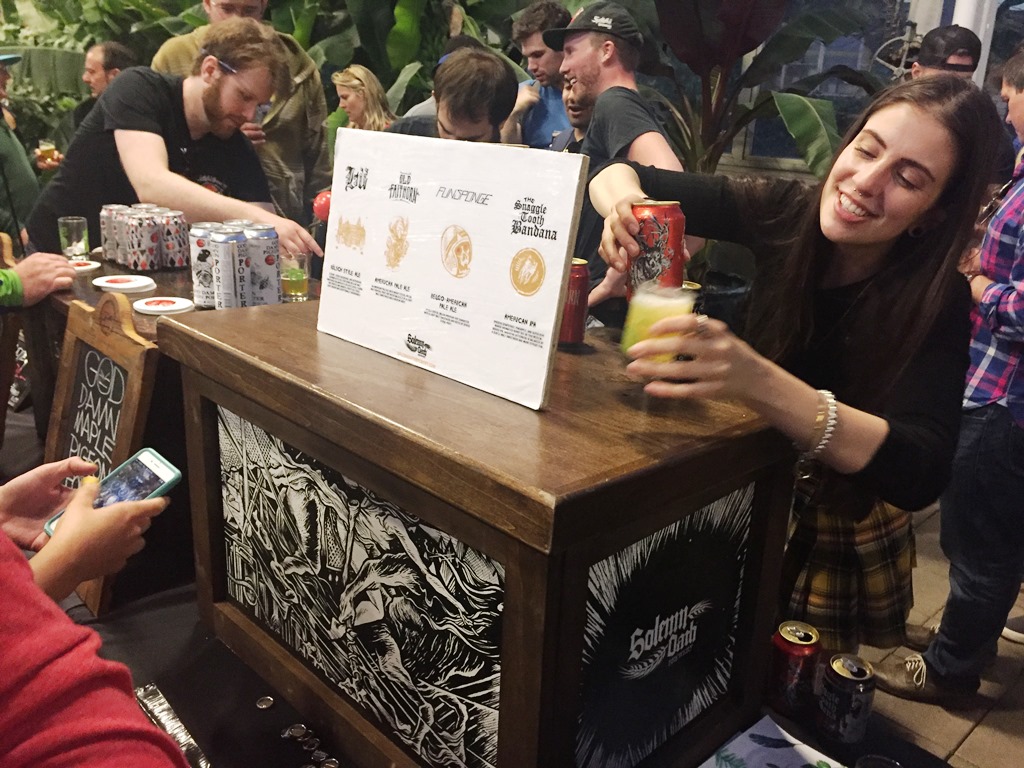 Best part: The weather. Right up until 7:25 p.m., anyway, when a cold front noticeably shifted. The warmth of the conservatory never felt so good as it did after that.

Most surprising part: The woman, roughly 7 months pregnant, fully participating in BUG, sampling multiple beers. When a friend first pointed her out, I thought: no, you’re mistaken, she must just be…. nope, she was pregnant. That was a first for me at any beer festival.

Kudos to brewers for bringing a diverse mix of beers – from California Commons to sours to stouts (and very few of the New England style beer of the moment).

The good news: Mikerphone and Scratch brought some A-level stuff. The bad news: they were among the first breweries to clear out, because everything they’d brought was quickly gone. And if you didn’t get to try Mikerphone’s Smells Like Bean Spirit aged in bourbon barrels with honey and blueberries, you really missed out on a tremendously tasty and fun beer.

Evil Horse is still relatively new, but showed everyone they’re worth the drive down to Crete, with first-timers raving about their really smooth Trot Hopple IPA.

Imperial Oak, in Willow Springs, delivered one of my favorite beers of the festival, with their Quiet Giant – an imperial coffee stout – with vanilla and cinnamon added.

Got my first taste of Pilsen’s Lo Rez and they did not disappoint with their Daemon, a 9% Belgian Strong Ale. Fruity, spicy and hoppy goodness that will soon have me visiting their brewery to try more offerings.

Judging by the lines, there didn’t seem to be enough porta-potties, nor food trucks. Two food trucks tucked in a corner outside were hardly enough, but those lines were only eclipsed by lines to relieve yourself. The ongoing joke in line for a porta-pottie was about how all the lush greenery was so inviting to so many men. I have no doubt many gave up and relieved themselves as necessary rather than continue waiting for a door to open. 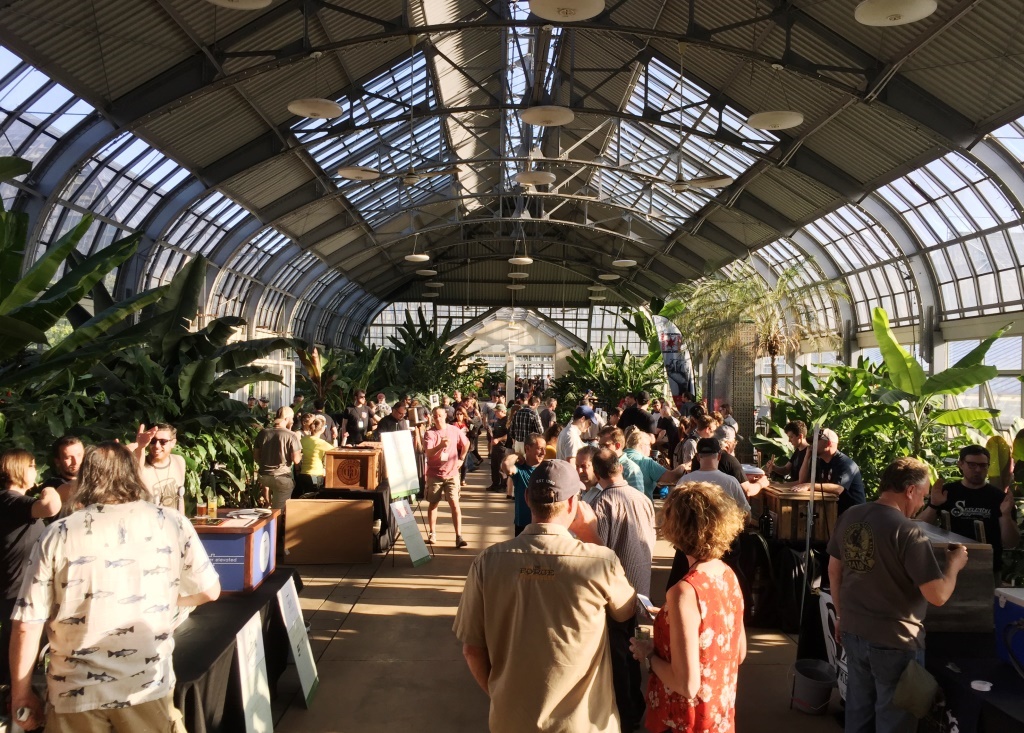 Some Belated Thoughts on Beer Under Glass 2017 was last modified: August 31st, 2021 by The Guys