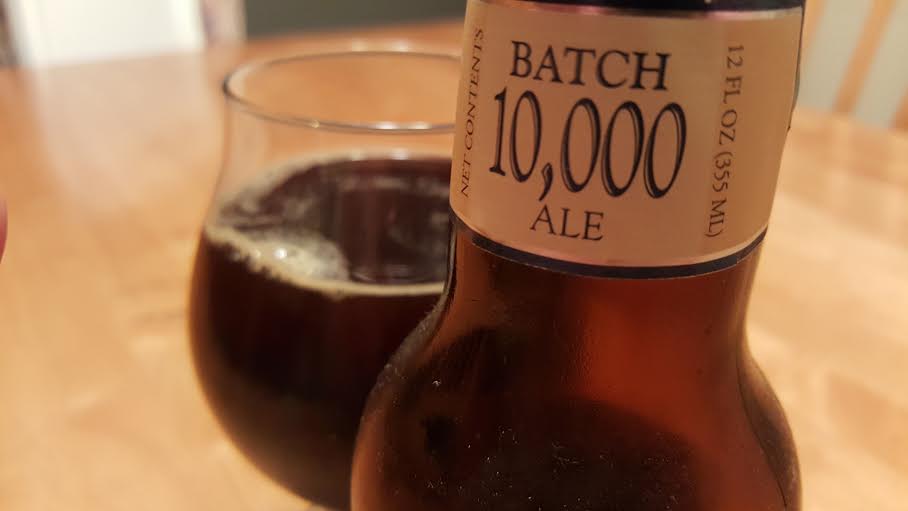 In what’s become our longest running cellar experiment, we pull an 8 year old bottle of Bell’s Batch 10,000 — the last in the series — out of the cellar.

It’s kind of crazy to think how much has changed while this beer sat in a box, tucked away in three different closets in Chicago, one in southeast Michigan and finally my basement in mid-Michigan: one wedding, five moves, two kids (soon to be three).

Once part of a case, which was split up at one point to trade for bottles of 3 Floyds Dark Lord, I’m now down to the final two bottles of Batch 10,000, the last of Bell’s Batch series, which was released in 2010. Before we get to this homage to homebrewers, brewed with 100 malts, grains and other goodies, lets look back at how it has fared over the years:

“The first sip reveals a super-charged, high-octane beer that closely resembles a black barleywine. You’re first hit with floral hops followed by dried raisins, burnt coffee and a hint of smoke leading in to a citrus-y and dry finish.”

“[W]hen I said “you guys are going to think I’m crazy, but I smell fireworks,” I expected looks of disbelief, but I got…agreement. Yes, sulfur and smoke come pouring off the nose, followed up by red grape flavors (almost like a Cabernet Sauvignon).”

“On the palate there are all sorts of things happening, and all of them are good: a pleasant blend of spearmint and black licorice starts things off followed by molasses and alternating tea and cola-like flavors similar to sweet tea and Dr. Pepper, depending on the sip.”

“Muddled mint leaves first grabbed my attention followed by bakers chocolate that dries out into an unsweetened tea finish. Allow the beer to warm some and you’ll encourage aromas of apple butter atop burnt toast to emerge and flavors of spearmint gum mid-sip and creamy espresso and milk chocolate in the finish.”

“The carbonation serves as a pace car for the likes of chocolate bark, black licorice and spearmint gum. The finish is a sweet and refreshing spoonful of mint chocolate chip ice cream. Let this one warm a tad and the mint leap-frogs the chocolate to take center stage. It lingers through each sip and makes for a sweeter finish reminiscent of key lime pie yogurt.”

“Wet cardboard box and loose leaf paper aromas pushed past semi-sweet chocolate drawing an initial red flag. On the palate, Batch 10,000 was dry and sawdust-y with remnants of dark chocolate and stale Lifesavers.”

An eight-year-old pour of Batch 10,000 carried a bit more life than the pour a year ago. Spearmint and pine bandied about showing this beer still had something to give.

The palate was on the bland side out of the gate: lifeless carbonation, wispy body and flavors of unsweetened tea, homemade root beer and chalky bakers chocolate were most noticeable. Batch 10,000 perks up mid-sip, however, with stone fruit flavors reminiscent of a Belgian Dubbel. The finish is dry with distinct notes of plums and grapes.

Clearly Batch 10,000 has lost a step or two over the years, however it remains a fun cellar pull that has yet to disappoint.