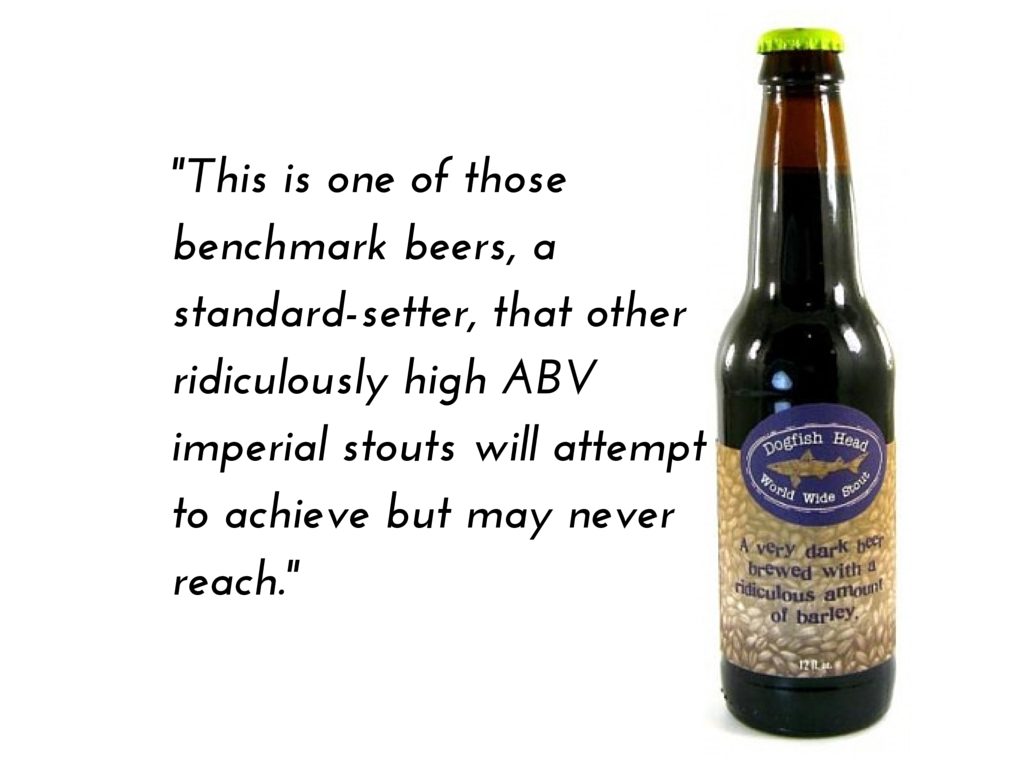 What in the world does over five years in the cellar do for a Dogfish Head World Wide Stout? 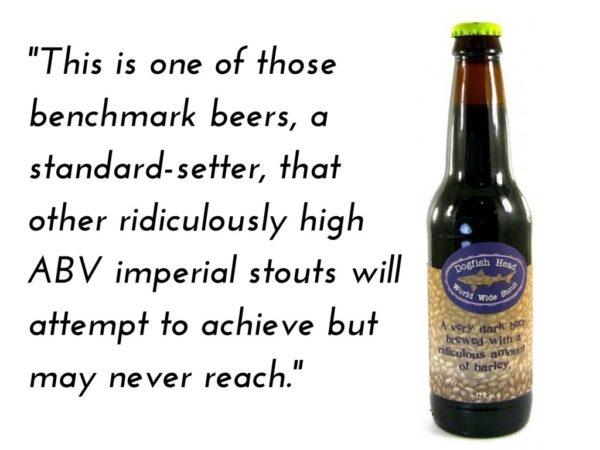 Dogfish Head bills it as being brewed with ridiculous amount of barley and it clocks in somewhere between 15% ABV and 20% ABV. My particular bottle just about split the difference at 18% ABV. Beers that hefty scream to be cellared.

This beer was so rich and delicate that it’s practically etched into my brain.

Plus, I once drank a fresh Kuhnhenn Solar Eclipse — also an 18% ABV imperial stout — and my notes abruptly ended after describing the first few sips. The alcohol on the Solar Eclipse was abrupt and overpowering and I suspect the World Wide Stout would have been about the same.

Much like the bottle of 120 Minute IPA, I cracked open this bottle — dated November, 2009 — to celebrate Father’s Day. And, yes, I know that was almost five months ago. But that’s why I take notes. Although this beer was so rich and delicate that it’s practically etched into my brain.

Pouring out a murky, ruby-red in color, the World Wide Stout gives off warm and inviting aromas of baked apples sprinkled with brown sugar, pecan pie and figs. It kind of reminds me of the potpourri burner we had in my house each winter growing up. It was always on the kitchen counter and it always smelled of warm, fall desserts.

Take that first sip and you find a shockingly approachable beer. It’s hefty, syrupy and has barely a trace of carbonation. And it hardly has a trace of alcohol. Sure, it’s warming, as you’d expect from a beer that is nearly 20% ABV. But there isn’t that sharp bite you’d anticipate from a beer with such a high ABV.

This is one of those benchmark beers, a standard-setter.

A five-plus year old pour of Dogfish Head World Wide Stout resembles a port twice as old than it does a beer. Dark fruit flavors dominate with warming, sweet undertones. There are dates and figs and cashews and gooey caramel. It’s sweet but not too sweet.

The depth of this beer is pretty incredible and I’m still wowed by the fact that the alcohol was barely discernible. Time in the cellar certainly took the edge off and allowed a showcase of malts to shine through. This is one of those benchmark beers, a standard-setter, that other ridiculously high ABV imperial stouts will attempt to achieve but may never reach.

World Wide Stout is an occasional release by Dogfish Head and is well worth the price of admission. A 12 oz bottle will set you back $9 or $10, maybe a little more. Do yourself a favor and set it back for a while. I’d say give it at least five years in the cellar, maybe a little more. I can all but guarantee you won’t be disappointed.