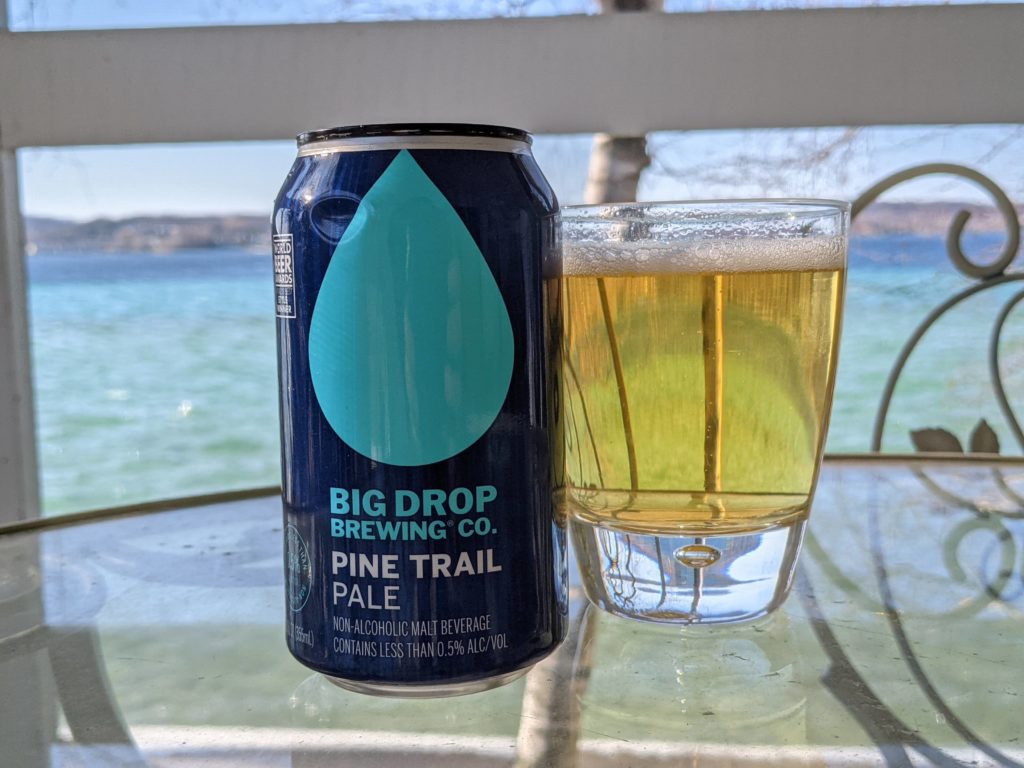 If January 2020 was the month where we all started thinking sincerely about trying a nonalcoholic craft beer, Big Drop Brewing is working hard to make everything following Dry January 2021 a N/A opportunity. Recently introduced in Illinois via our friends at Great Central Brewing Company, who is making the beer stateside for the UK-based company, the beers are rolling out further across the US throughout the year.

Since Michigan is their next stop, they reached out to see if I wanted to try any. “Wanted to” was a stretch, but “curious enough to give it a shot” is a fair explanation of the situation. So here we are: Drinking a “beer” at 2pm on a weekday while working on some freelance contracts.

What’s up with these beers? Are they any good? Are they better than the Lagunitas IPNA we tried recently?

Paradiso IPA: I never thought I’d be wowed by an IPA that tastes exactly like so many other IPAs, but in the case of a non-alcoholic beer, this Paradiso Citrus IPA is pretty amazing. The first thing I noticed as I mentally put this up against all other NA beers I’ve ever had was whoa – this actually has body to it. It has heft, it has malt character, it’s not a watery barley tea with some bitterness on top. It really does taste like an actual IPA, and more importantly I didn’t feel like I was drinking a nonalcoholic beer, which is about the highest praise I can give a nonalcoholic beer.

Galactic Extra Dark: I’m still trying to figure this one out. On the main Big Drop Brewing website Galactic Dark is listed as a milk stout, which this definitely does not taste anything like. Then on the US site (and on the can itself) the word “stout” is nowhere to be seen. What’s going on with this beer? Could they not decide what to call it over here?

If they are open to suggestions, I think it’s probably closer to a Black IPA – there’s tons of piney sharpness to this beverage, backed up with some roastiness reminicent of spent coffee grounds. As it warms, you get a hit of artificial lemony cleanser kicks through at the end. It’s too thin by half, though, with that watered-down N/A quality to it too.

Didn’t love it, but man, making a stout non-alcoholic has to be a very tough thing to do. Points for taking a swing at it.

Pine Trail Pale Ale: Bright apple juice yellow in color with some tight Champagne-like effervescence, this is the most thirst-quenching of the three (edging out the Paradiso). This could make a great option for a hot afternoon where you need something to actually hydrate you (while still giving you some nice near-beer flavors).

As a pale ale it’s pretty successful as well: Nice and sharply bitter with Magnum, Mosaic and Amarillo hops doing the lions share of the work where flavor is concerned; I wouldn’t call this “watery” per se because there’s definitely some grain presence to give it a body but it’s very slight. Still, pretty solid (and with that very light carbonation you could definitely shotgun this one quite easily, FWIW).

Interestingly, this was the only one I received that was brewed at Chicago’s Great Central, and it also says it has both wheat and lactose in it. I can get a bit of that grassy wheat character here, but where that sweetness is, I couldn’t tell you. Still: Thumbs up!

Of the three of these I can definitely say I’d have two of them again – a very high ratio for a new selection of non-alcoholic beers, a style which I generally sample out of curiosity and then never return. Much like the IPNA, I can see a place for this when you don’t want another beer, you only want that last one again (with apologies to James McMurtry for stealing that line).