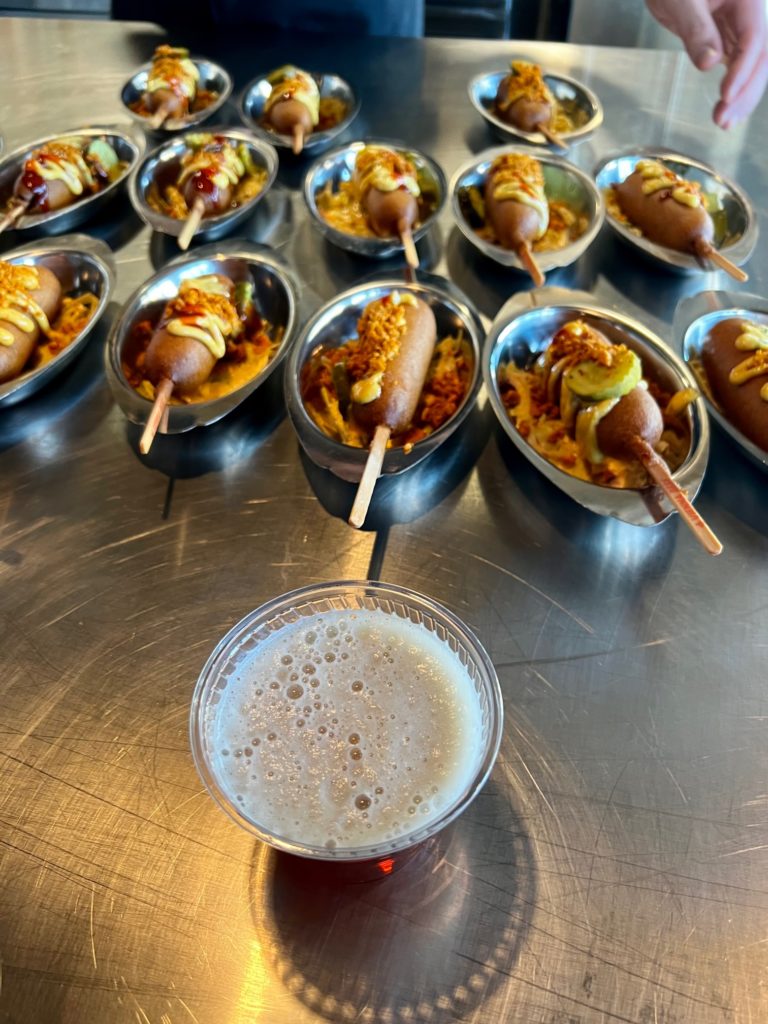 Energy, passion, and genuine joy were on display last Sunday as the area’s four Black-owned breweries came together with key supporters and craft beer fans for ‘Brews And Bites’ – an event that paired sessionable beers with impressive plates from talented chefs from the host Time Out Chicago Market.

That enthusiasm is worth noting because far too often, the craft beer scene can experience unhealthy doses of cynicism, judgment, or dismissiveness. This event was a great reminder of what got so many of us into craft beer in the first place – something new, something fun, and something to bring us together.

Brews and Bites also presented an opportunity to try some of these new breweries for the first time – and check out the Time Out Market, too. As beer events go, this was easily the most racially diverse crowd we’ve ever seen, accompanied by music from DJ Sean Mac that continually kept heads bobbing.

And if that’s not enough for those wondering if there’s a craft beer market in Black and Brown communities – fewer than 1% of breweries are Black-owned – this event sold out.

Black Horizon is the only one of the bunch that currently has its own taproom (in Willowbrook) while Turner Haus, Moor’s, and Funkytown each continue to contract brew around the area.

All are led by owners and brand ambassadors who ooze enthusiasm and beer knowledge. They collectively partnered up with Haymarket Brewing on the “welcome beer” – the refreshing Chicago Uncommon Ale. Funkytown offered an incredibly flavorful and tropical pale ale and as we waited for the shrimp po’ boy slider from Bar Goa to pair with it, we were urged to save some sips for the sandwich – a great call, as the spicy remoulade balanced beautifully with their fruity and floral beer.

Halfway through and it was already clear to us that this wasn’t a routine beer-and-food pairing event just thrown together. There was collaboration and thought put into it, and it showed.

These sessionable beers continued flowing during a Q&A with brewery owners, who each discussed the challenges they face, but more than that they shared the excitement they’re experiencing in their respective launches.

You couldn’t help but leave this Brews and Bites event optimistic and enthused for craft beer – and for those breaking barriers by doing something they clearly love and want others to love, as well.