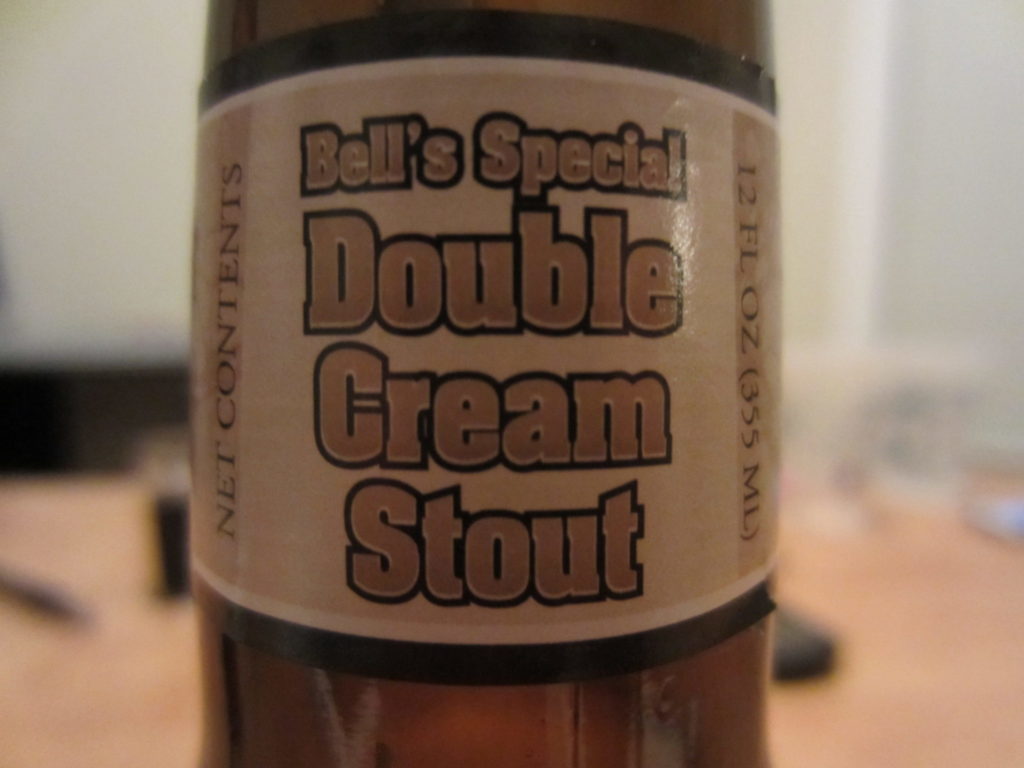 We put the wraps on a five year cellaring experiment with Bell’s Special Double Cream Stout.

Bell’s Special Double Cream Stout is the latest in our off-and-on “Adventures in Cellarsitting” series, which was named after the know ancient-seeming movie “Adventures in Babysitting,” which was filmed in and around Chicago among other cities.

We began the series to chronicle what happens to really hoppy beers when you cellar them. Our hope was to prove that while these double IPAs are best drank fresh, they can still taste pretty damn good with a few years on them. Past experiments include: Dark Horse Double Crooked Tree, Founders Devil Dancer and Dogfish Head 90 Minute IPA.

Bell’s Special Double Stout was our first foray outside of cellaring hoppy beers and into cellaring a moderate ABV stout. Andrew, one of the original founders of Guys Drinking Beer, brought this beer forward as a cellaring experiment in 2011. Today that experiment ends.

Before we dig in to the final tasting notes, let’s take a quick look back at how this beer has aged over time. Here are snippets of more in depth reviews posted over the last four years:

“Fresh, this is an incredibly smooth but robust beer that finishes clean and dry. Tons of coffee, molasses and roasted malts dominate this beer, but it’s the creaminess that really drives it home.”

“Lightly tart and fruity, and considerably thinner, there are acidic notes of cranberry juice floating around in here, making this one of the biggest aging surprises I think we’ve come across.”

“Stone fruits like plum, pear, and maybe a touch of hearty port wine; nutty bakers chocolate and a whiff of smoke on the finish.”

“Up first is cocoa powder followed by the aforementioned red grapes, cranberries and a gob of peanut butter. Then it gets a little weird. Green olives weird. No joke.”

“Brownie batter, of all things leads, the way on the palate followed by varying degrees of coffee. First up is iced coffee –with one too many sugars and a heavy-handed pour of half-and-half — followed by french roast mid-sip and an acidic home-roasted coffee bean finish.”

And that brings us to today’s five-year-old pour of Bell’s Special Double Cream Stout, which still profiles with copious amounts of chocolate and coffee rounded out by a pleasant creaminess and distant but still noticeable carbonation.

The nose is mostly coffee with a touch of creamer and a hint of burnt toast, which reminds me of a fresh Special Double Cream Stout that’s toned down just a bit. While that might sound obvious, it’s pretty impressive to have those aromas hold up so well and remain so consistent after five years in the cellar.

Most of those aromas carry over to the palate. In fact, the first few sips remind me of Dunkin Donuts coffee with just the right amount of cream and sugar — not too sweet, but just right. Milk stout sweetness follows the loaded cup of coffee and is topped off by a slightly bitter dark chocolate tail on the finish.