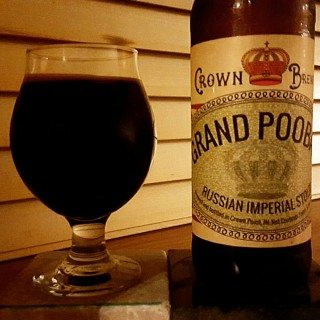 (Full Disclosure from the Editors: We’ve been helping promote the Crown Beer Fest in our weekly email newsletter and on our site [as you may have noticed]. However, our Indiana correspondent Steve has been telling us about Crown Brewing for some time, and we asked him to let us know what he was into. This piece was proposed and discussed independently of and prior to our advertising arrangement — but we thought you deserved to know that we acknowledge our minor business arrangement as well.) 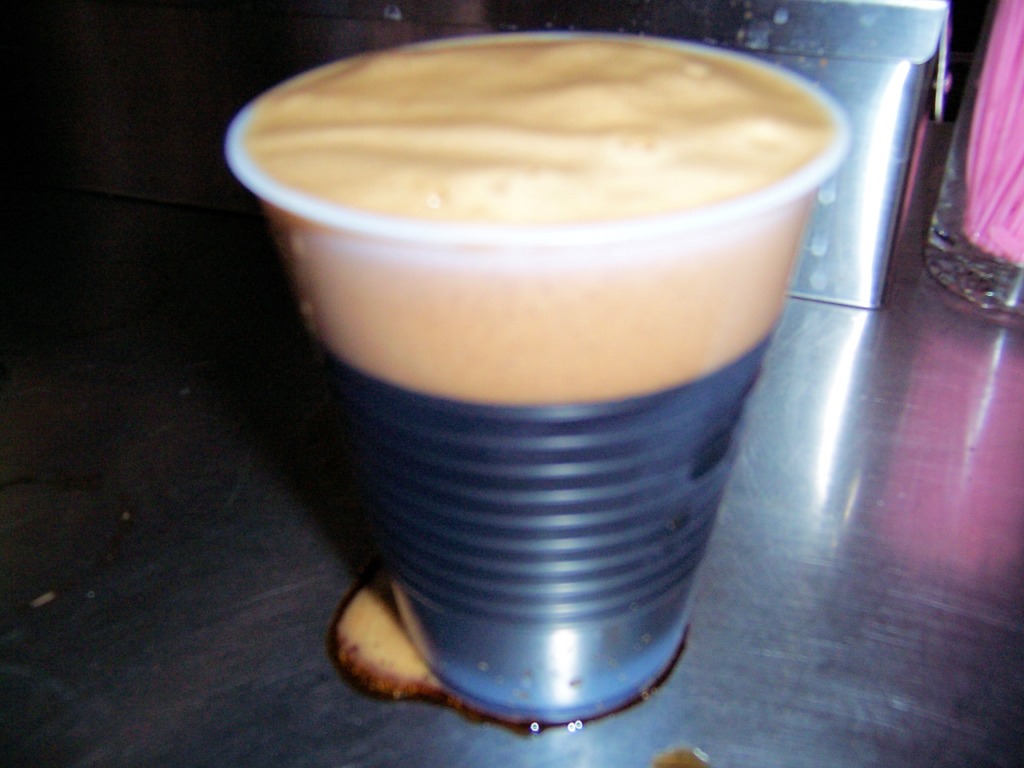 This “Craft Beer To Cross The Border For” leads with a confession.

It’s an admission that I wasn’t always a fan of Crown Brewing.

It’s been eight years since Dave Bryan opened the doors to his brewery in Crown Point, Ind. and as I popped in a few times for flights, it wasn’t that the beer wasn’t good, I just hadn’t found anything that resonated with me, that had me talking about their beer even after I’d left.

A visit in January led to another visit in April and the proclamation to my companion that “I’m gonna be dreaming about this beer later,” among other words of praise.

So what’s changed? A new brewmaster? A new approach to brewing? Nope, neither. It could be the maturing of a palate over those eight years or a brewery finding its feet or maybe a combination of both. Whatever it is, I’m glad that it happened.

Because it led me to try (and come back for) Grand Poobah, a Russian Imperial Stout that is dark, fruity, chocolaty and delicious. There was noticeable chocolate – baker’s chocolate, I later learned – on the front and a roasty sweetness on the back. It offers a lighter body than you might expect in an RIS, but don’t let that fool you – there’s no boozy burn, either, but it checks in at  a strong 10% ABV.

But it’s the sweet smoothness that I enjoyed most. Smooth, light (for an RIS), with each of the flavor profiles popping – there’s some roast, some chocolate, some fruit, some chocolate again.

And it might be those slightly fruity notes that allow Grand Poobah to do what it does with so many variants. A recent visit led me to a flight that included not only the original RIS, but a version aged in Heaven Hill bourbon barrels. It’s a boozy, but balanced beer, and the beer guilty of my proclamation that I’d “be dreaming about this beer later.” Of course, that was before I tried the barrel-aged version with cherries. Not tart, not sweet, just the kind of beer that had me telling anyone who would listen: “you gotta try this.”

These guys know their dark and barrel-aged beers, that’s for sure.

They’ll be pouring another Grand Poobah variant – Barrel-Aged Raspberry Poobah – at this weekend’s Crown Beer Fest at the Lake County Fairgrounds, as well as a Blueberry Vanilla Coffee Stout and Robo-Uber Bear, an RIS developed with local retailer Wise Guy Liquors, then aged in Journeyman barrels.

More From GDB:  Perrin Brewing: You Should Visit, And Here's Why

The brewery – just down the street from those fairgrounds – is an easy 1-hour drive south of the city on a Saturday afternoon and their lineup is worth the quick scoot off I-65. Brewmaster Steve Mazylewski, who got his start in the early ‘90s with the now-shuttered Weinkeller Brewery in Berwyn, is clearly having fun, as he and his assistants test some beer boundaries. But they’ve also kept a focus on the quality of standard bearers like their Special Forces IPA and Crown Brown, an industrial porter that is a World Beer Cup winner.

You’ll find some of their bottles on local shelves, but they’re not piling up and gathering dust anywhere. That’s by design, Mazylewski said, as they seek to find that sweet spot of focusing on drafts, while limiting distribution to ensure freshness no matter how you try it.

Their Crown Beer Fest will allow you to check out their lineup and many other Indiana beers, but some Illinois friends will also be making the trip across the border, including Hailstorm, Flossmoor Station, One Trick Pony, Brickstone and Goose Island. General Admission tickets are still available for only $35 for unlimited samples.

(Yes, the word “unlimited” is OK to use at beer fests in Indiana.)

If this weekend isn’t an option, there’s also a special bus trip being organized by the Chicago Beer Society on June 25. For just $75 (or $70 for members), you get transportation, lunch and stops at five Northwest Indiana breweries, including Crown Brewing.

Crown Brewing has got a great little patio and is under the same roof as Carriage Court Pizza, in a building that once served as a boiler and mechanical building for the old Lake County Jail. They’re just around the corner from that jail – made famous thanks to the 1934 escape of John Dillinger – and, starting this weekend, you can take tours of it, including the chance to see Dillinger’s old cell.

And while that historic trip is a neat diversion, it’s the beer at Crown Brewing that will have you coming back.